Skip to the content
If you have ever made your way from City Hall MRT to Suntec City Mall, you probably have noticed this Japanese restaurant called Yomenya Goemon, which is situated in a corner next to Guardian. There are three outlets in Singapore, strategically located at the East, West and Central region of Singapore.
Yomenya Goemon is hugely popular in Japan since 1976 with 2500 stores in Japan and it has become the second largest food and beverage player in Japan.
I shall discover the joy of “Slurping Spaghetti with Chopsticks”, as Yomenya Goemen puts it. 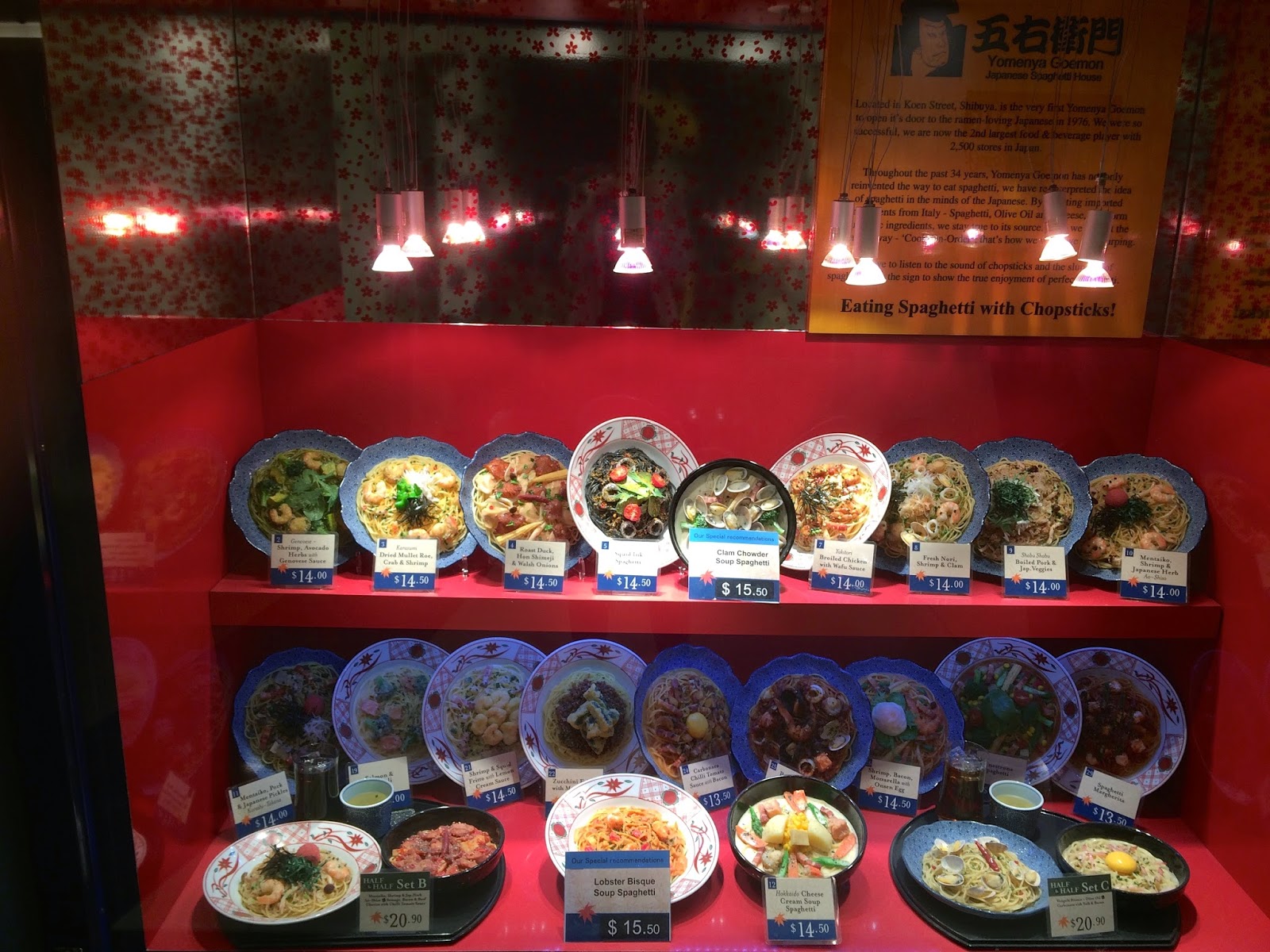 There are many styles of spaghetti available in Japanese Taste and Western Style. 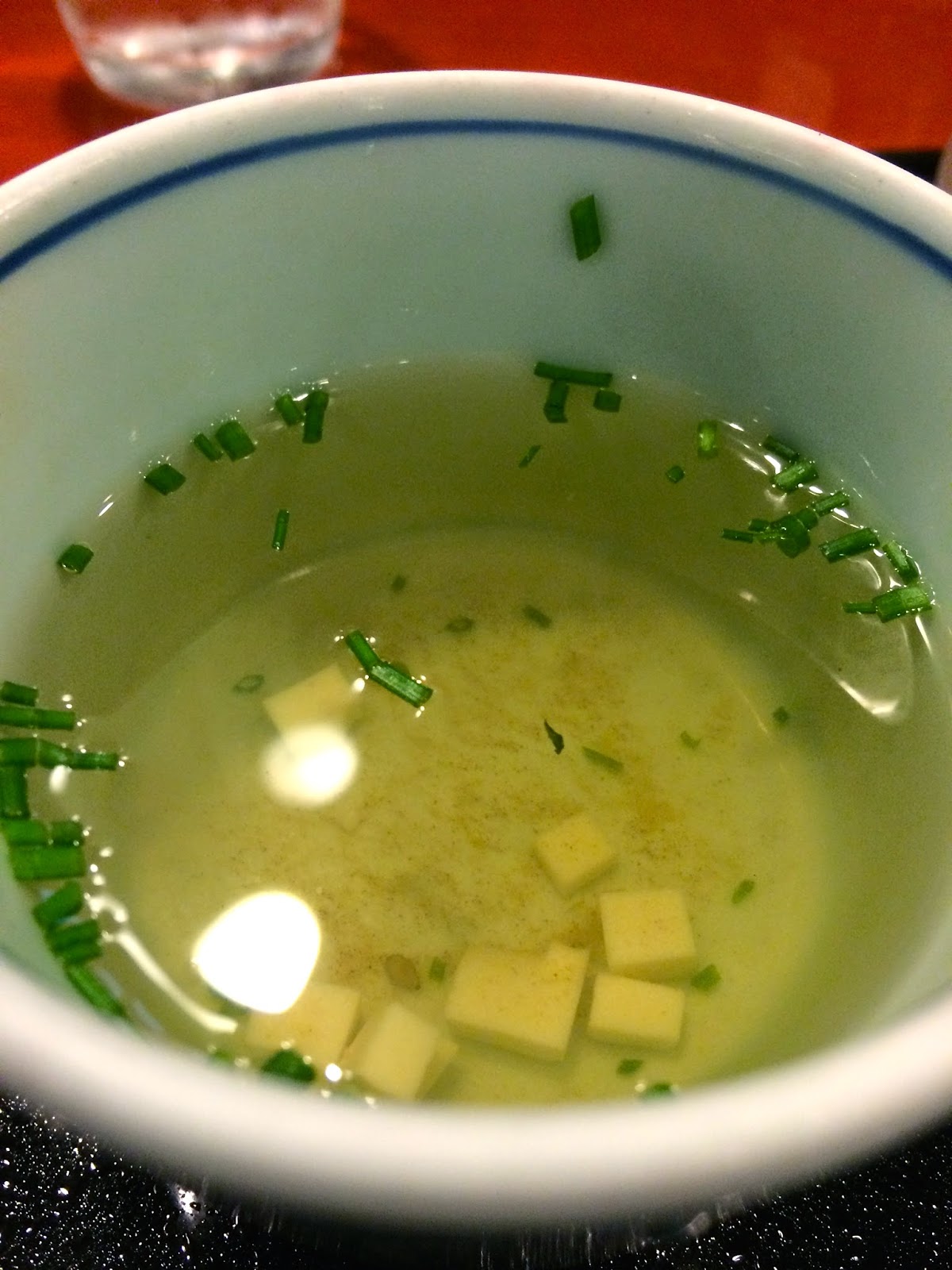 Every set comes with soup and salad. Soup is a clear tofu soup which is practically tasteless. Salad is radish salad which is bland but refreshing. 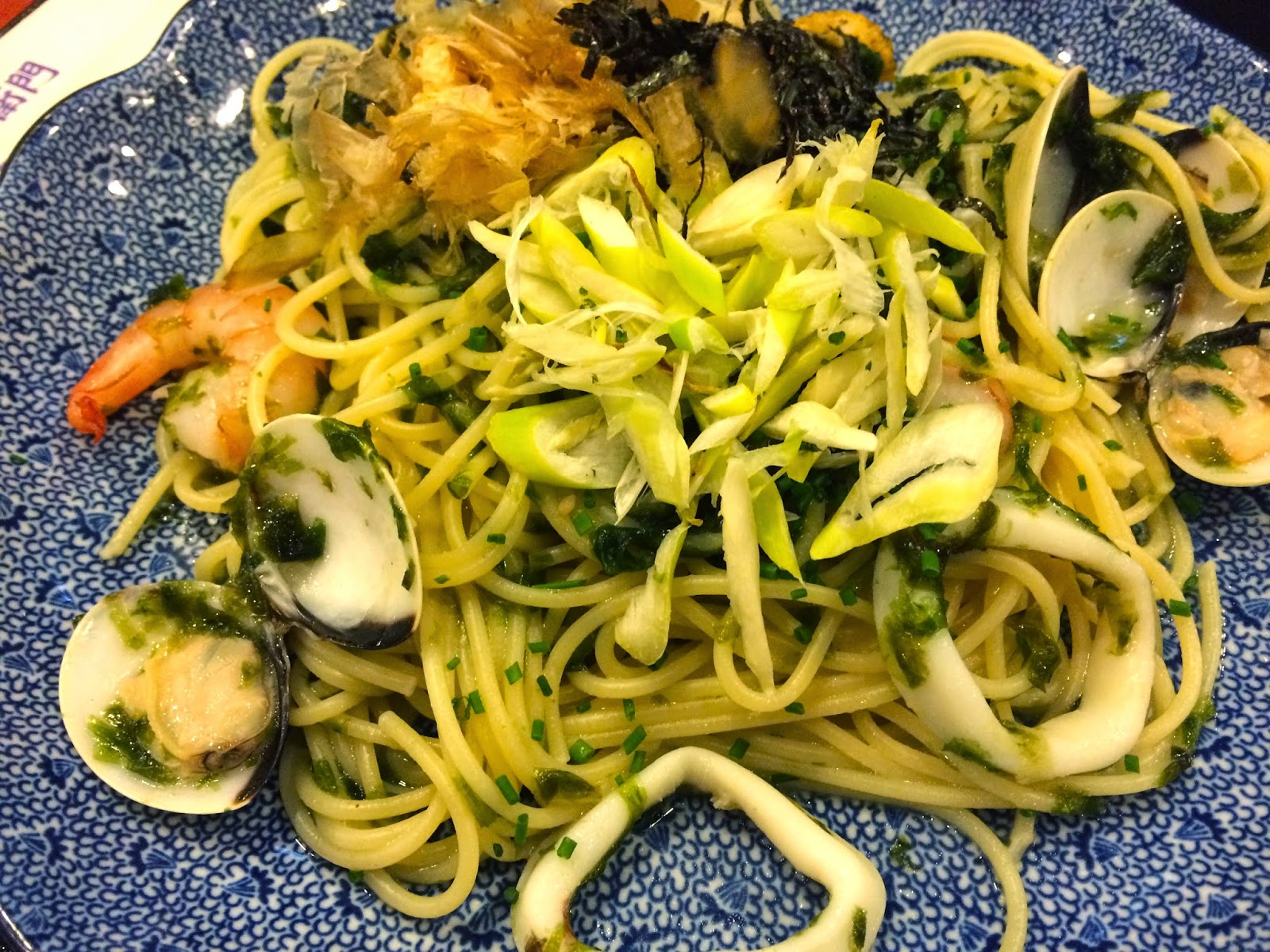 Fresh Nori, Shrimp & Clam is from the Japanese Taste menu. Nori is the Japanese word for seaweed and it tastes amazing when cooked with spaghetti. Nori, together with the cooked-just-right seafood, reminds me of the sea. 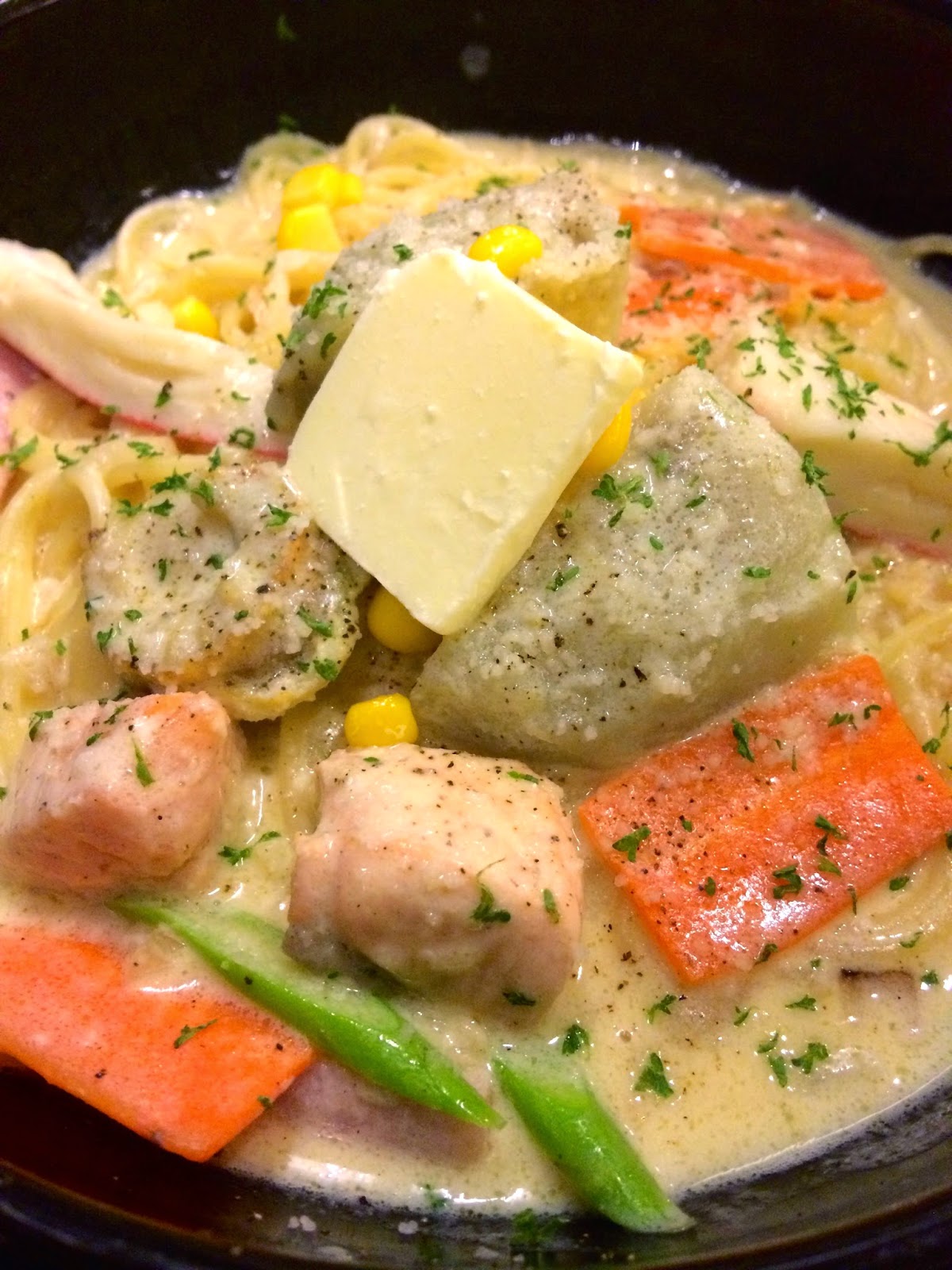 Hokkaido Cheese Cream Soup Spaghetti with Scallop, Corn & Potato consists of a creamy cheese soup which is a little watery, but the chunks of scallop corn and potato makes up for it. 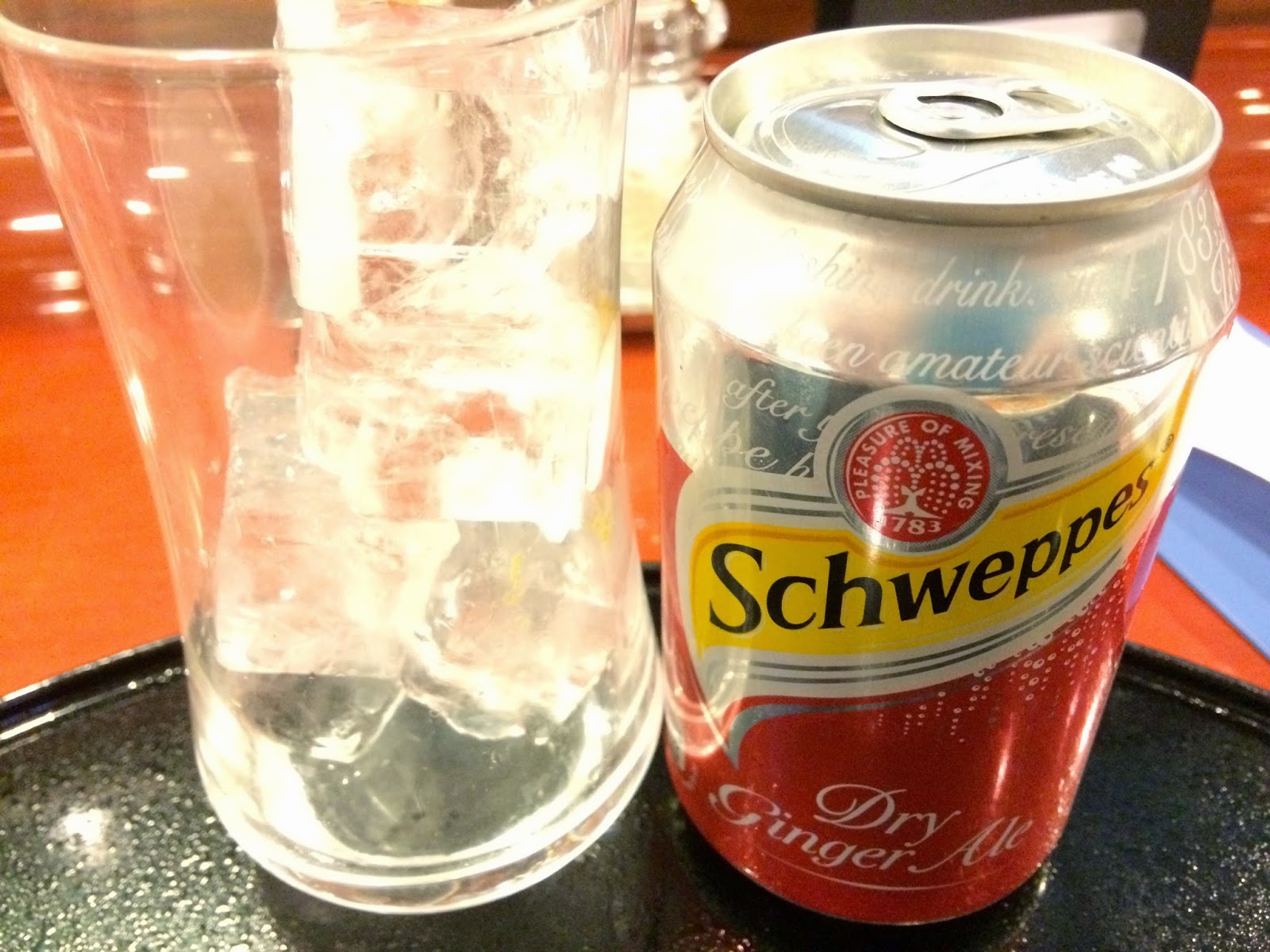 How nice it would have been if the Ginger Ale is house-made? 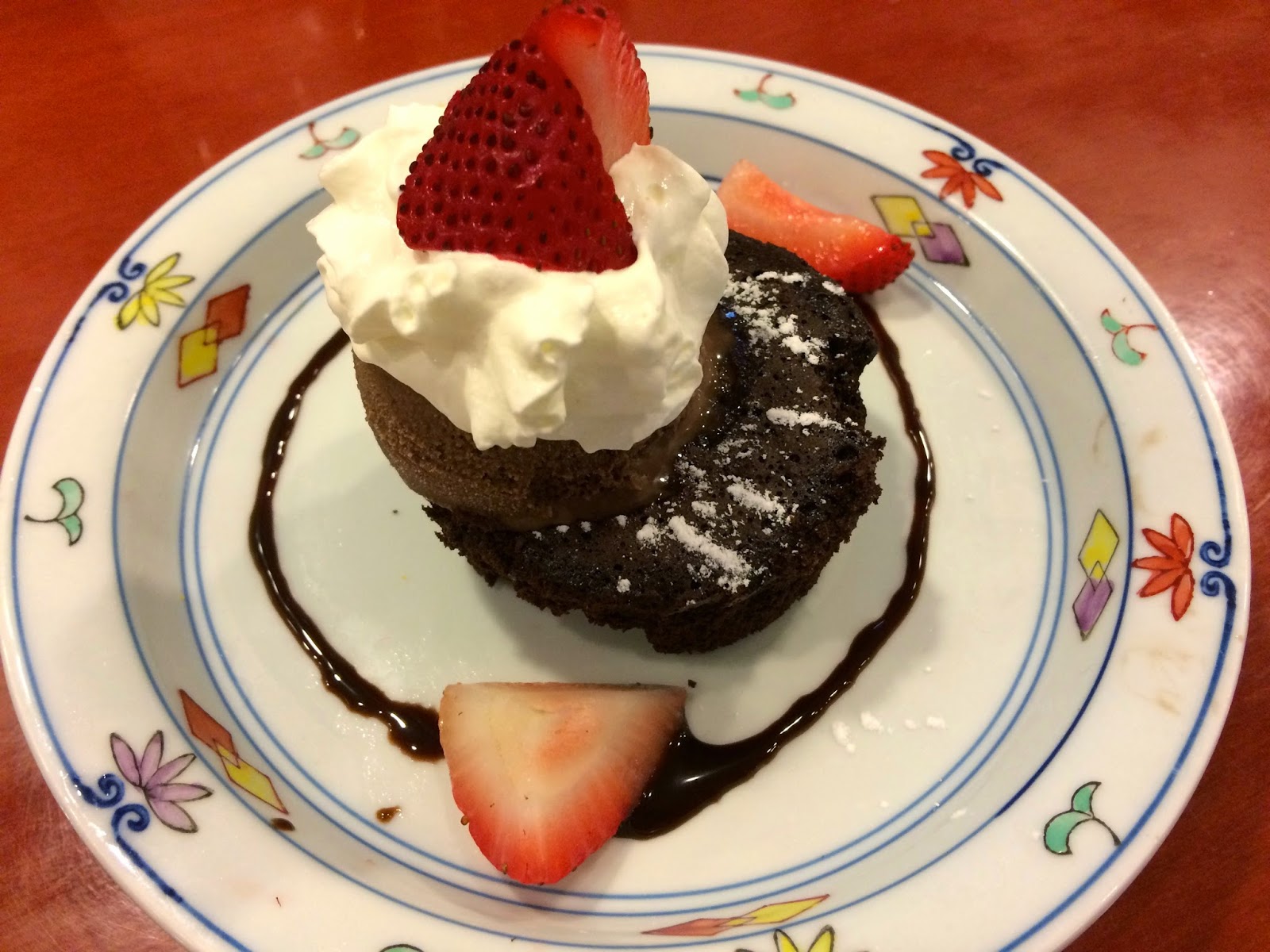