Skip to the content
My colleague and I have been planning to try out the new Dookki restaurant at the basement of Suntec City Mall which is the first Korean tteokbokki buffet restaurant in Singapore, ever since that fateful day when I discovered it when I was running an errand in the area. The friendly staff brought me (and another lady who was looking at the poster outside the restaurant) into the restaurant and gave us a tour of the place. 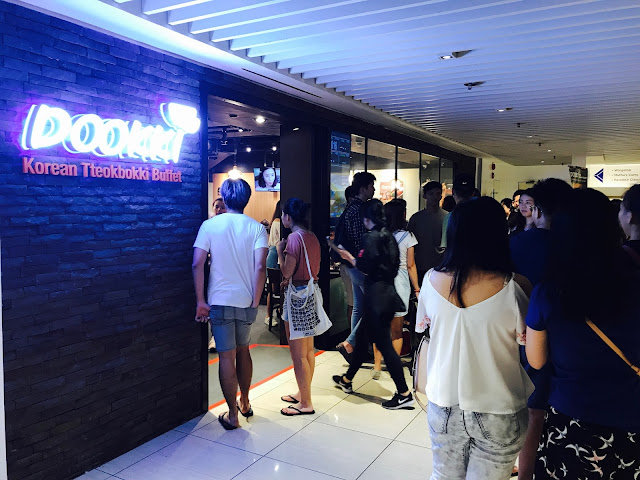 Dookki means “Two Meals” in Korean, literally means having a Korean hotpot for the first meal and using the leftover sauce from the hotpot to make Korean fried rice, which is the second meal.
Dookki originated in the Republic of South Korea in December 2014 and it has since expanded globally with more than 100 outlets worldwide. 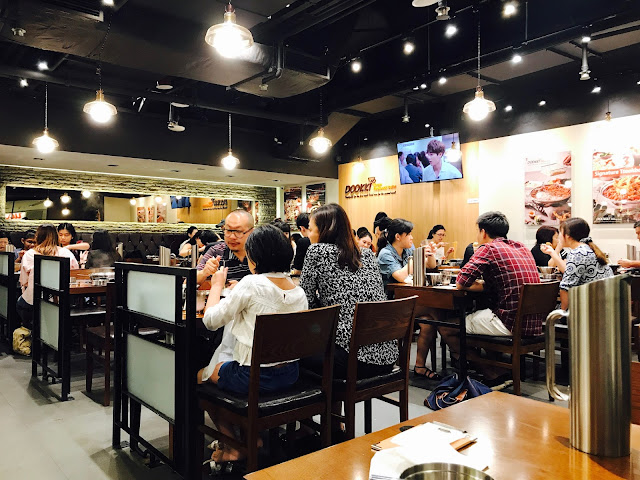 Many Koreans patronize the restaurant which should say something about the authenticity of the Korean food here. 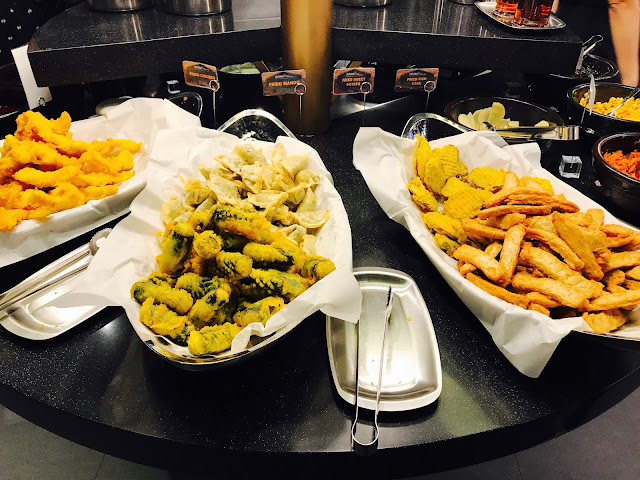 There are fried foods to nibble on as you wait for your food to cook, but I would suggest cooking them in the hotspot before eating as they get quite hard after having been left in the open for so long. 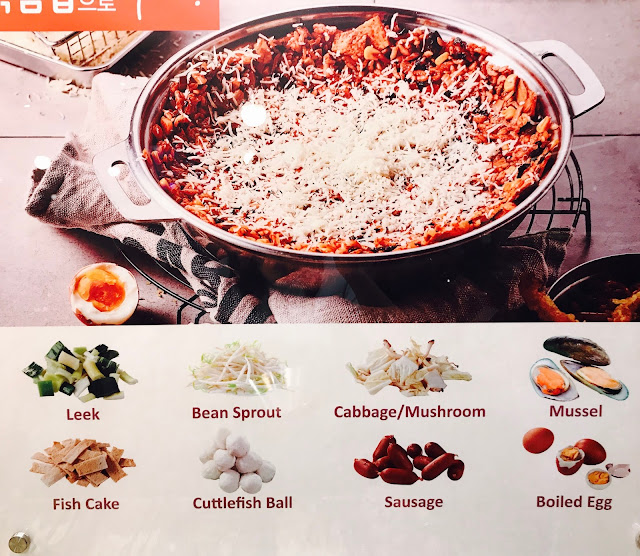 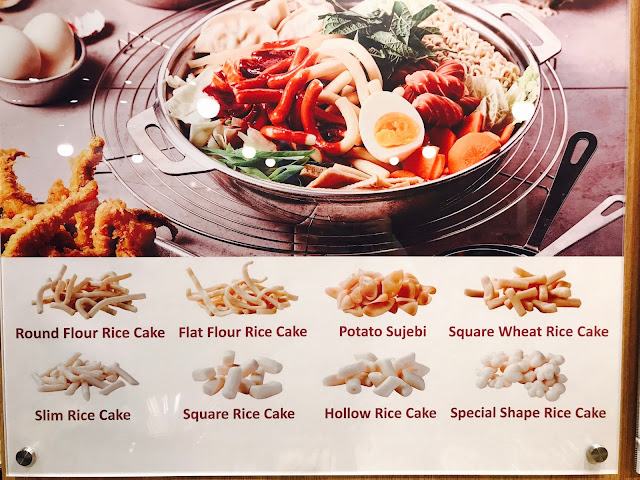 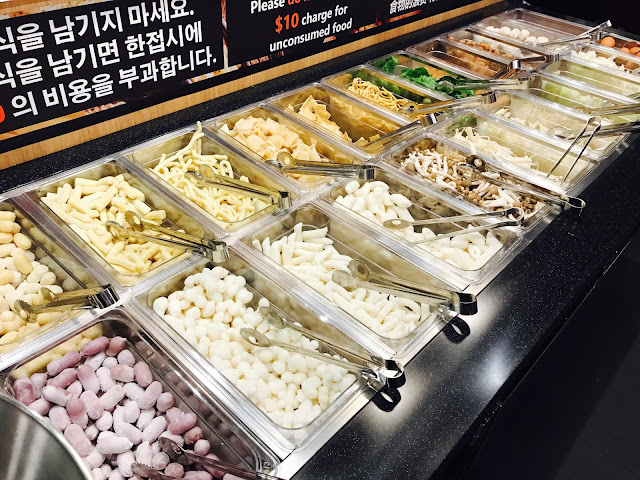 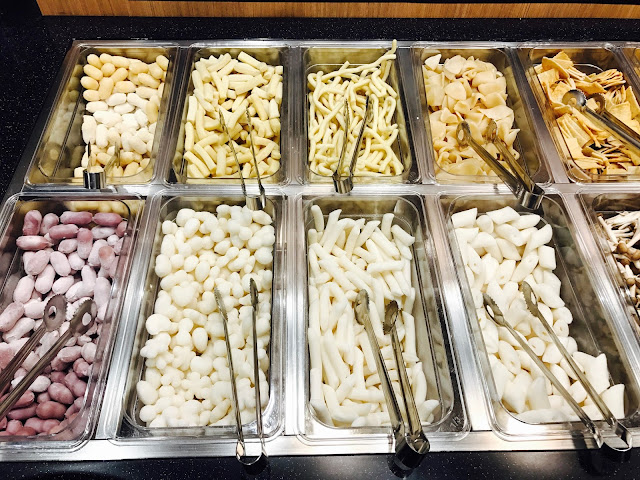 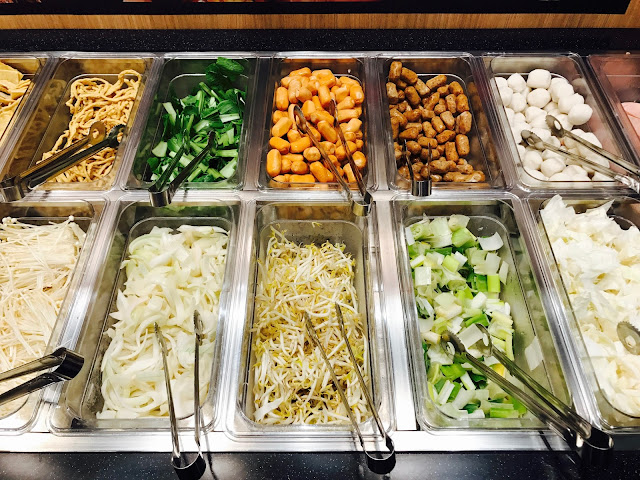 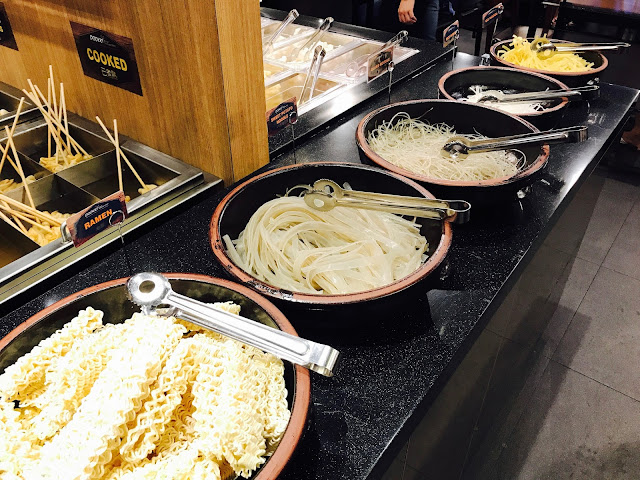 There are various noodles such as Maggie noodles, thin flat wheat noodles, vermicelli, glass noodles and yellow noodles,    to be enjoyed with the rest of your hotpot. 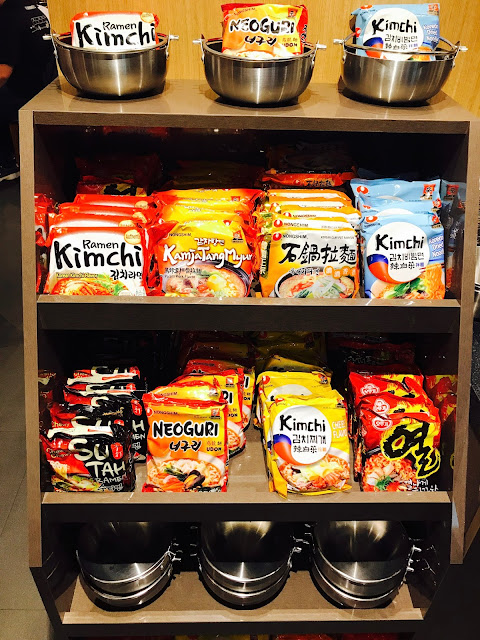 There are many different Korean ramyeon, which can be considered the third meal. 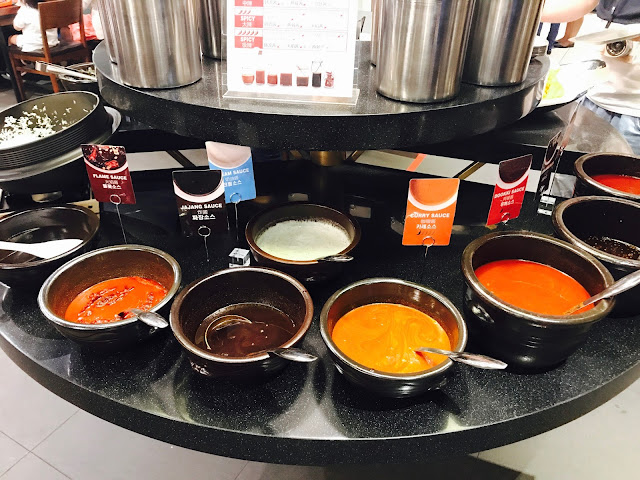 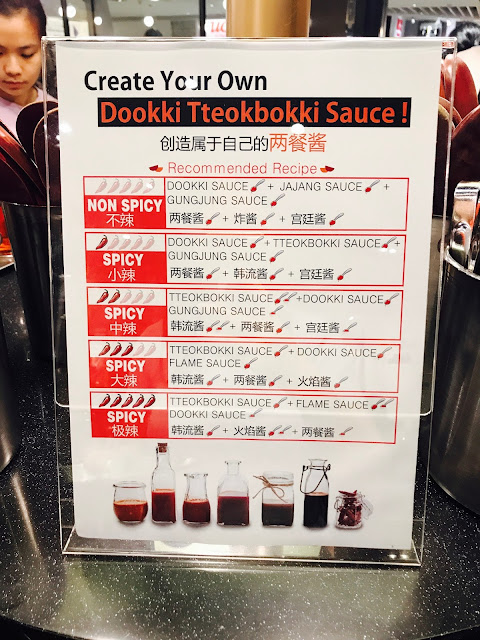 There are altogether 8 sauces for you to mix and match to create your own special blend. If you no idea how to go about doing that, the restaurant has thoughtfully compiled a list of Recommended Recipes according to spiciness level. 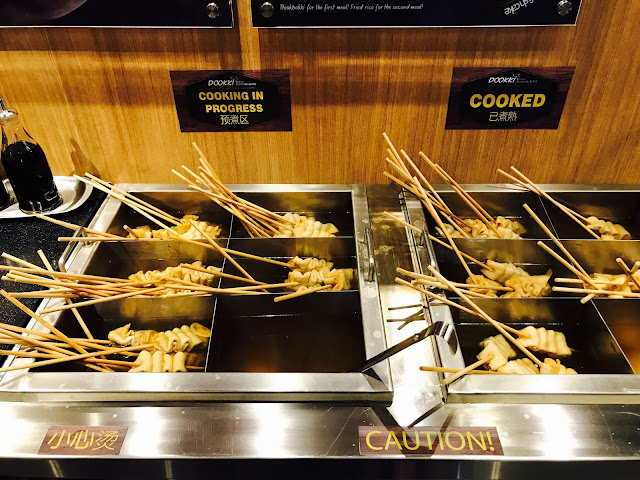 I finally got the chance to try Korean people’s favourite street food, kinmari, deep fried seaweed rolls with glass noodles. Almost every other Korean drama I have watched features the characters eating this by the dozens, and I finally got the chance to try it for myself. I LOVE IT! It looks very simple but it is so flavorful and tasty, especially if you eat it together with the soup broth. I ate 8 sticks all by myself, that’s how much I like it. 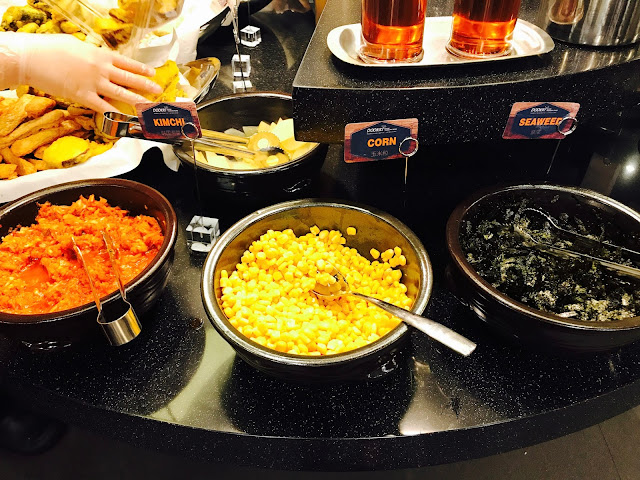 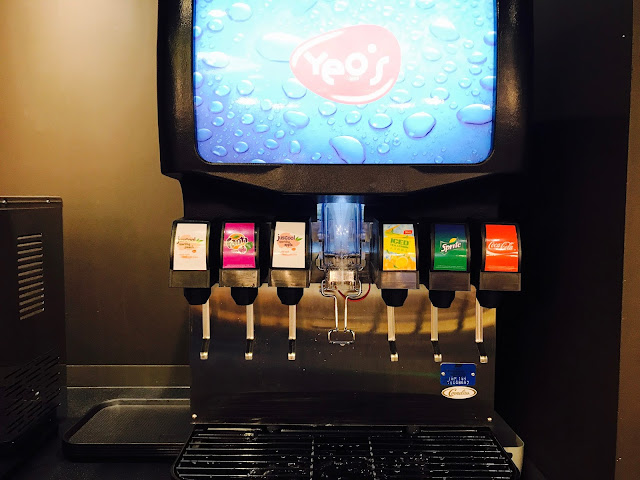