Skip to the content
Genki Sushi is the pioneer of conveyor-belt sushi, the concept was created by Genki Sushi’s creator, Chef Fumio Saito. In 1990, Genki Sushi Co. Ltd. was established and has since expanded worldwide with outlets in Hawaii, Singapore, Hong Kong, Malaysia and Thailand.
Heeding recommendation from my loyal reader, iamrara, and my cousin, I decided to try Genki Sushi’s sushi at their newly-opened outlet at Bugis +. 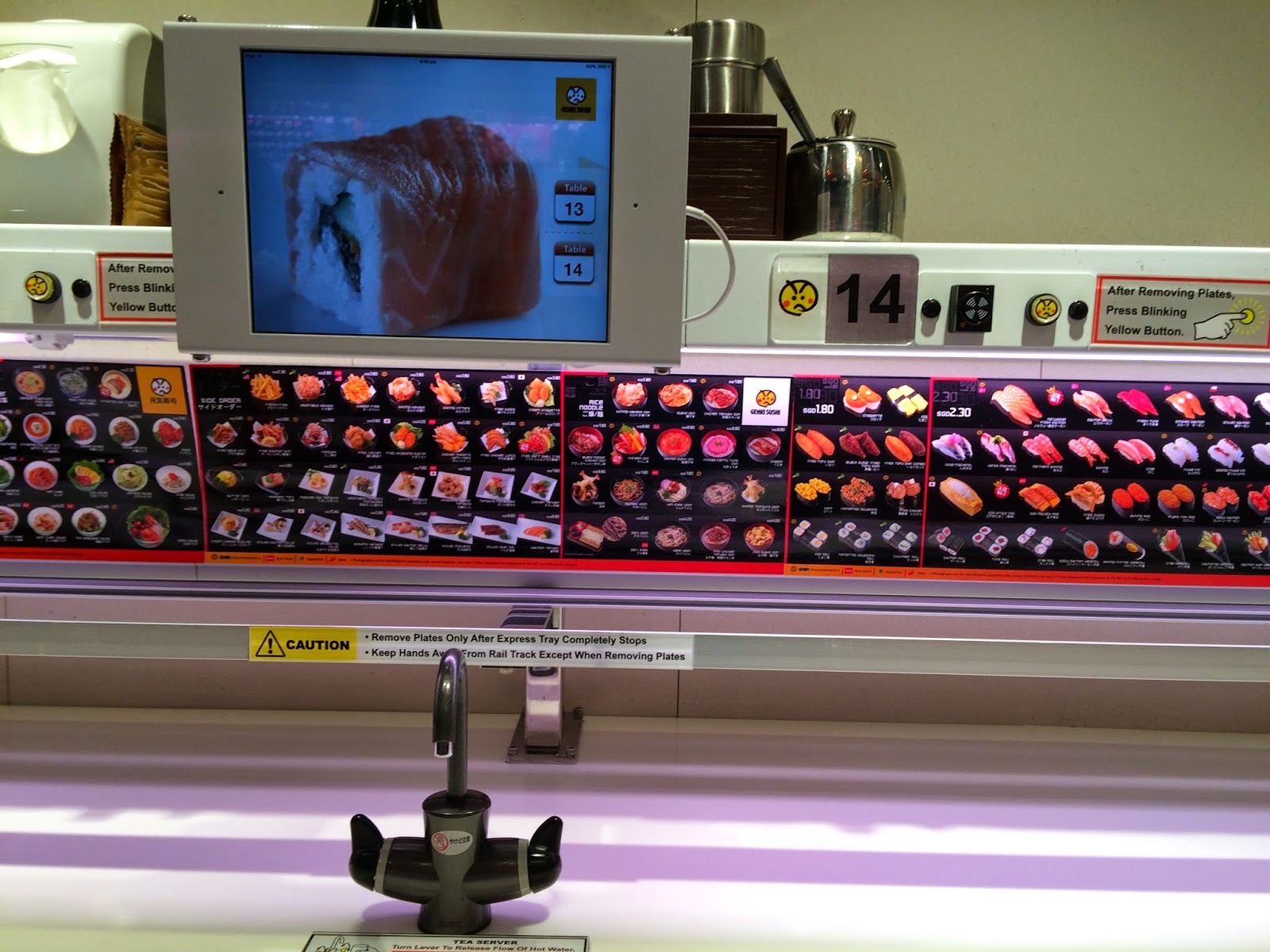 This is how a counter looks like. Genki Sushi is one of the few restaurants in Singapore to have an iPad-ordering system, ensuring timely delivery of orders. 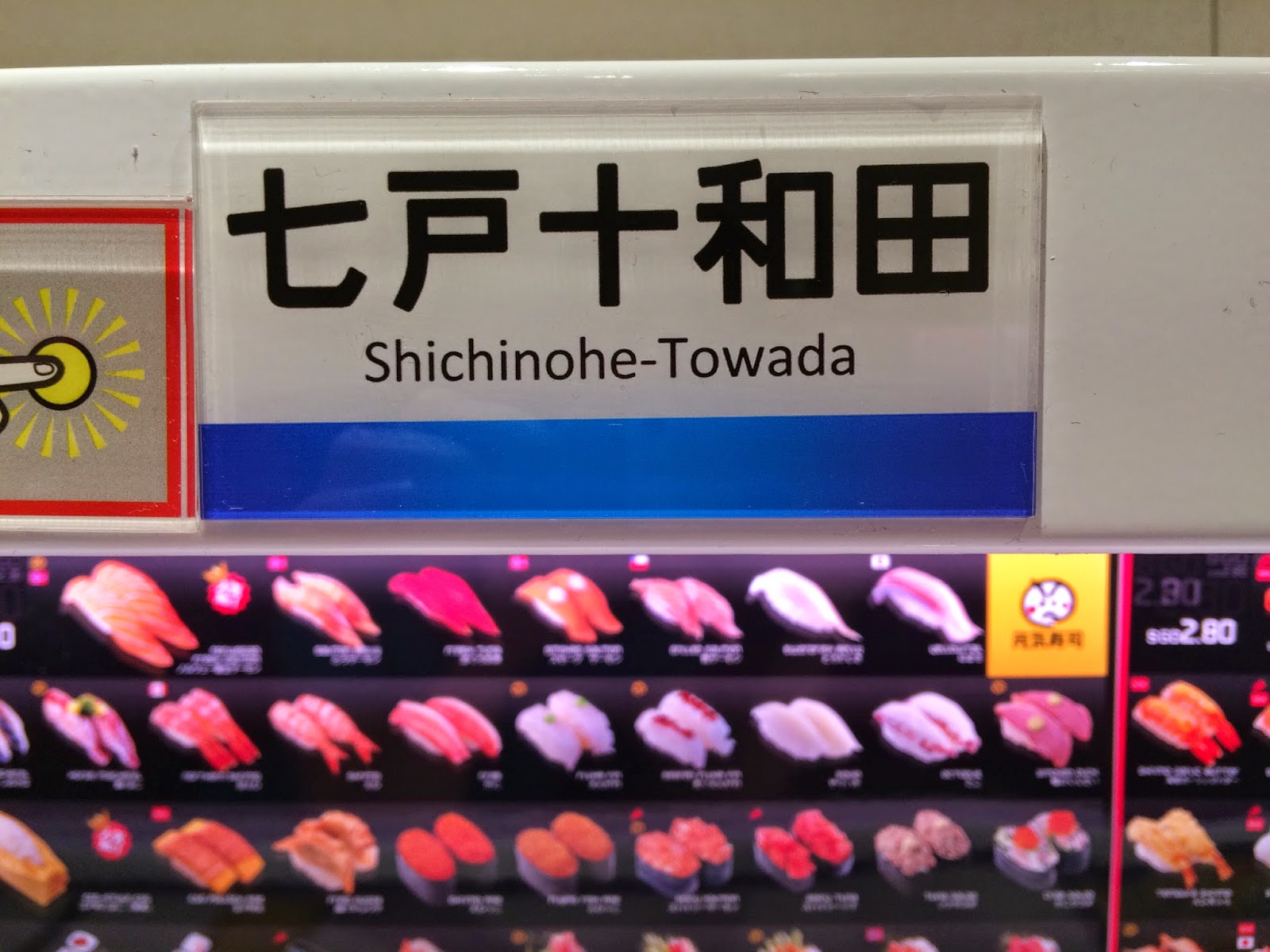 Every counter is named after a stop of the Japan railway station. The station I am seated at is named Shichinihe-Towada, a railway station on the Tōhoku Shinkansen in Shichinohe, Aomori, Japan, operated by the East Japan Railway Company (JR East). 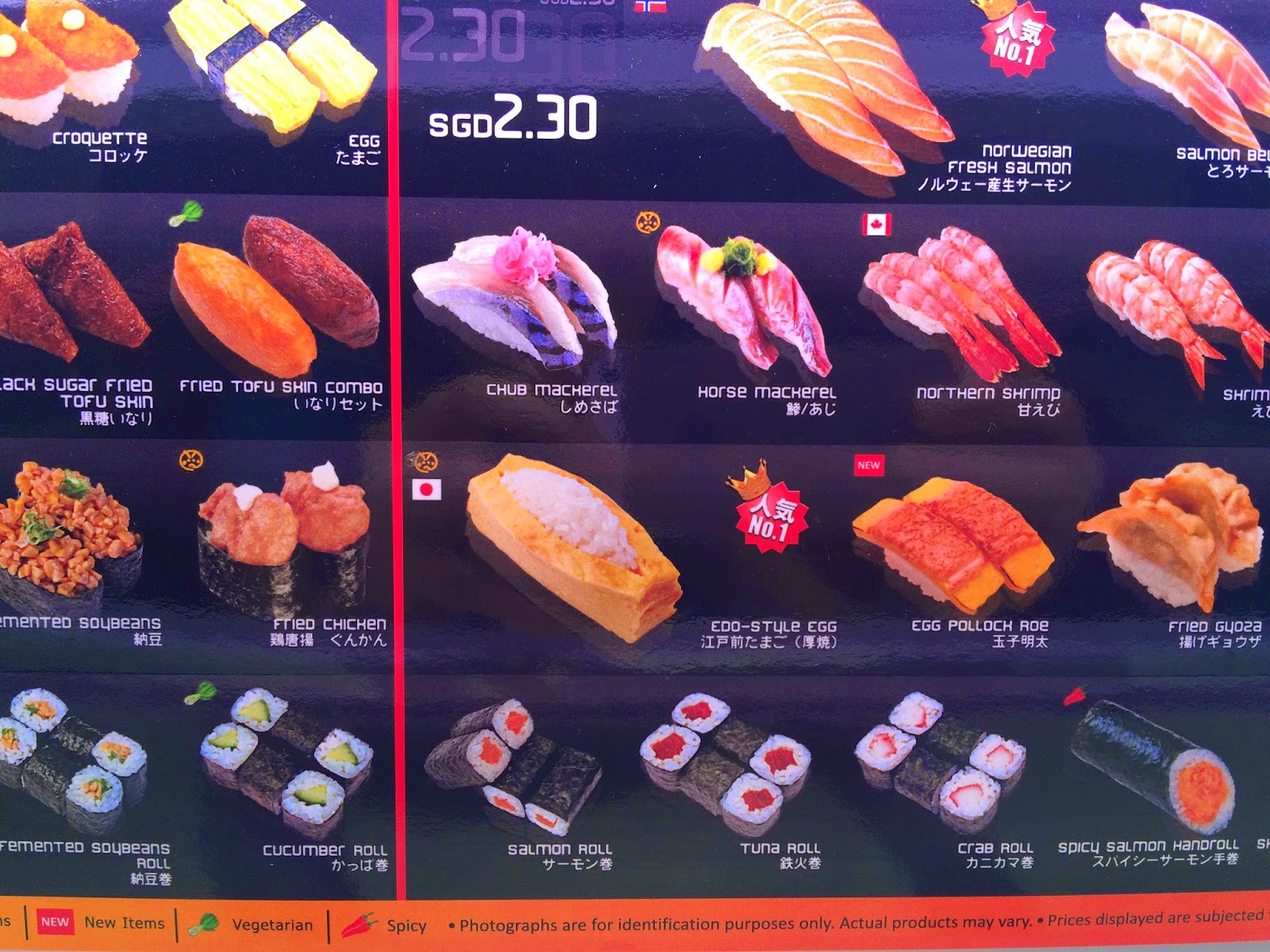 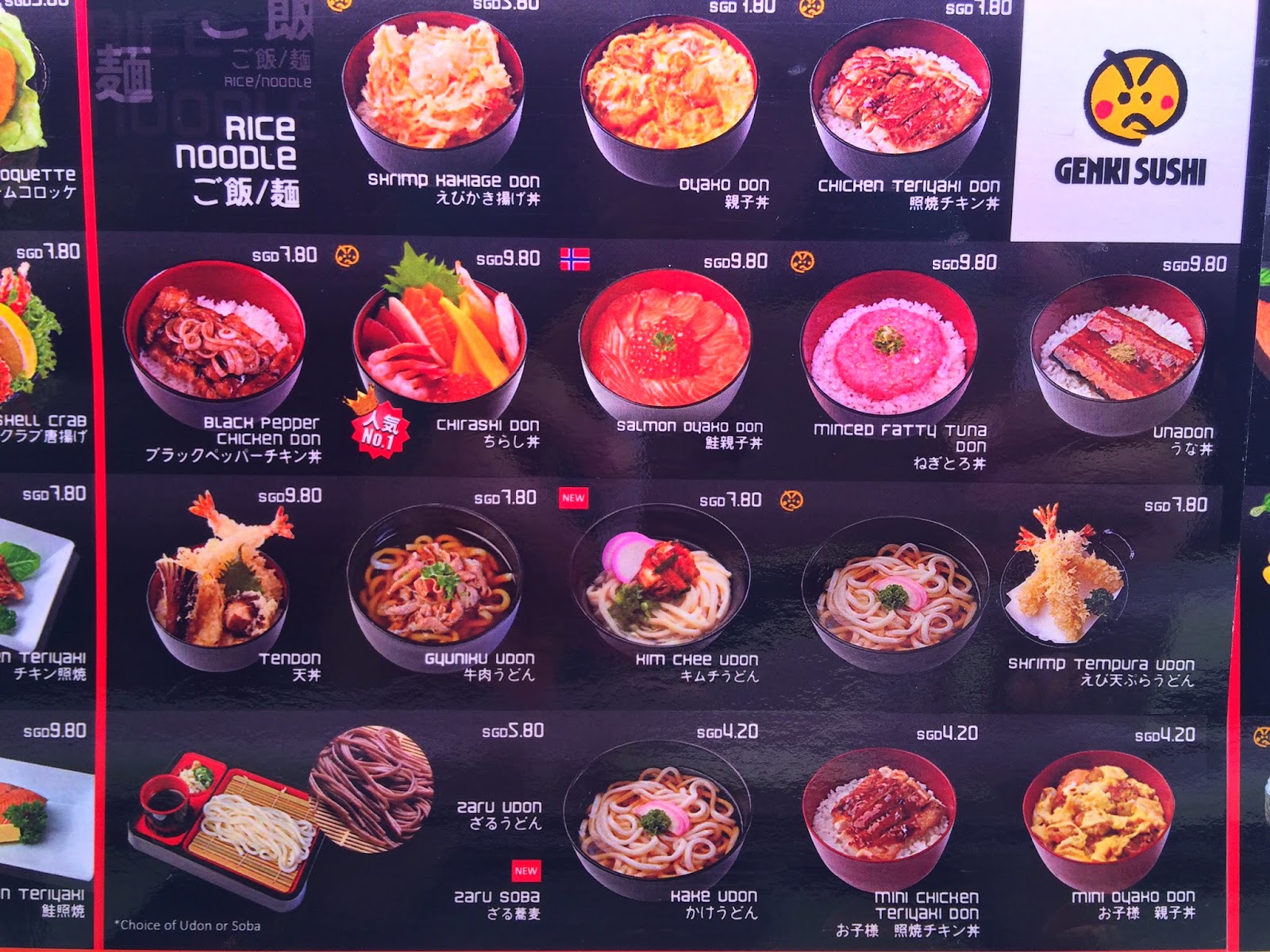 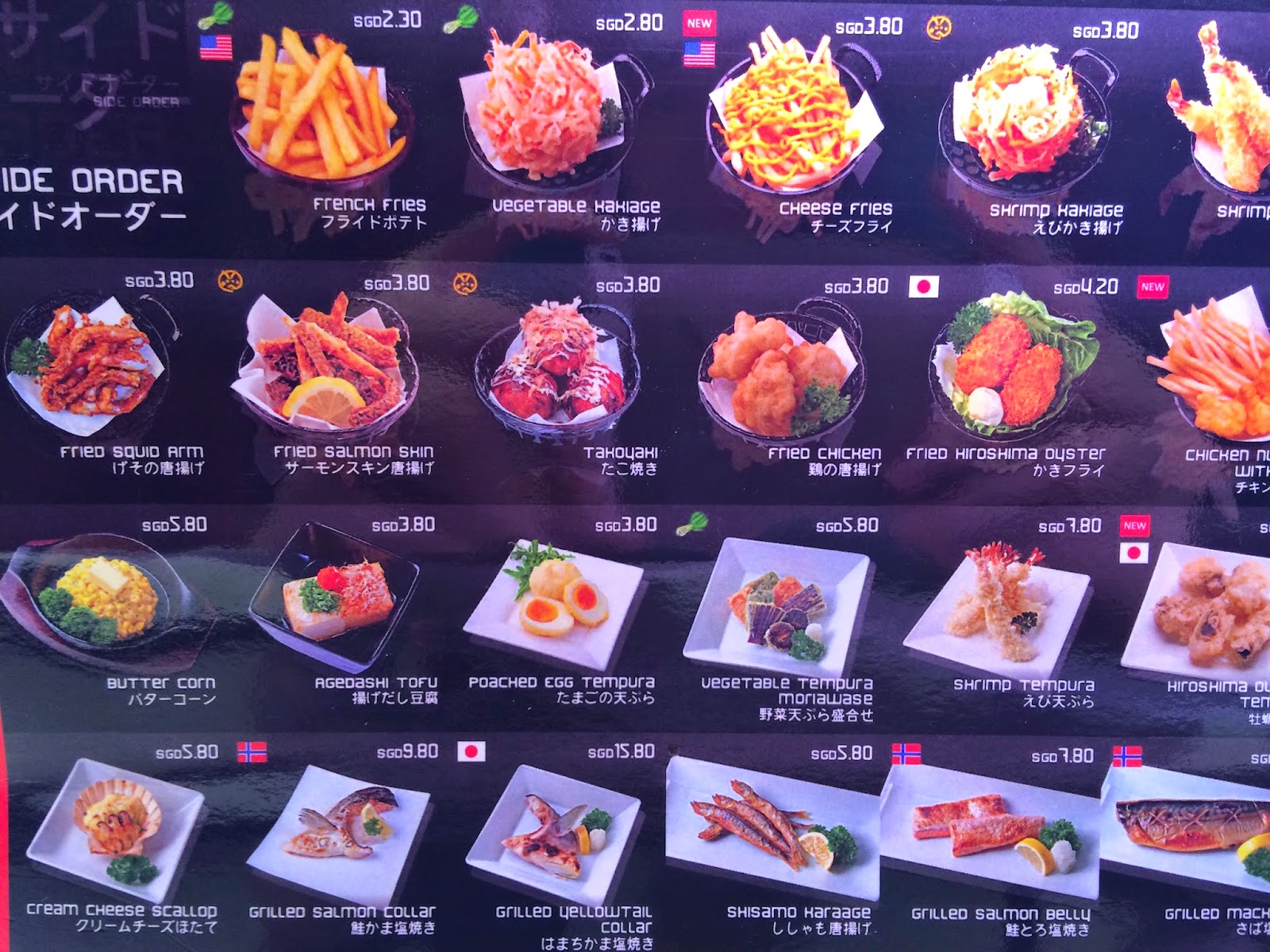 These are a few of the menus, all of the items can be ordered on the iPad. 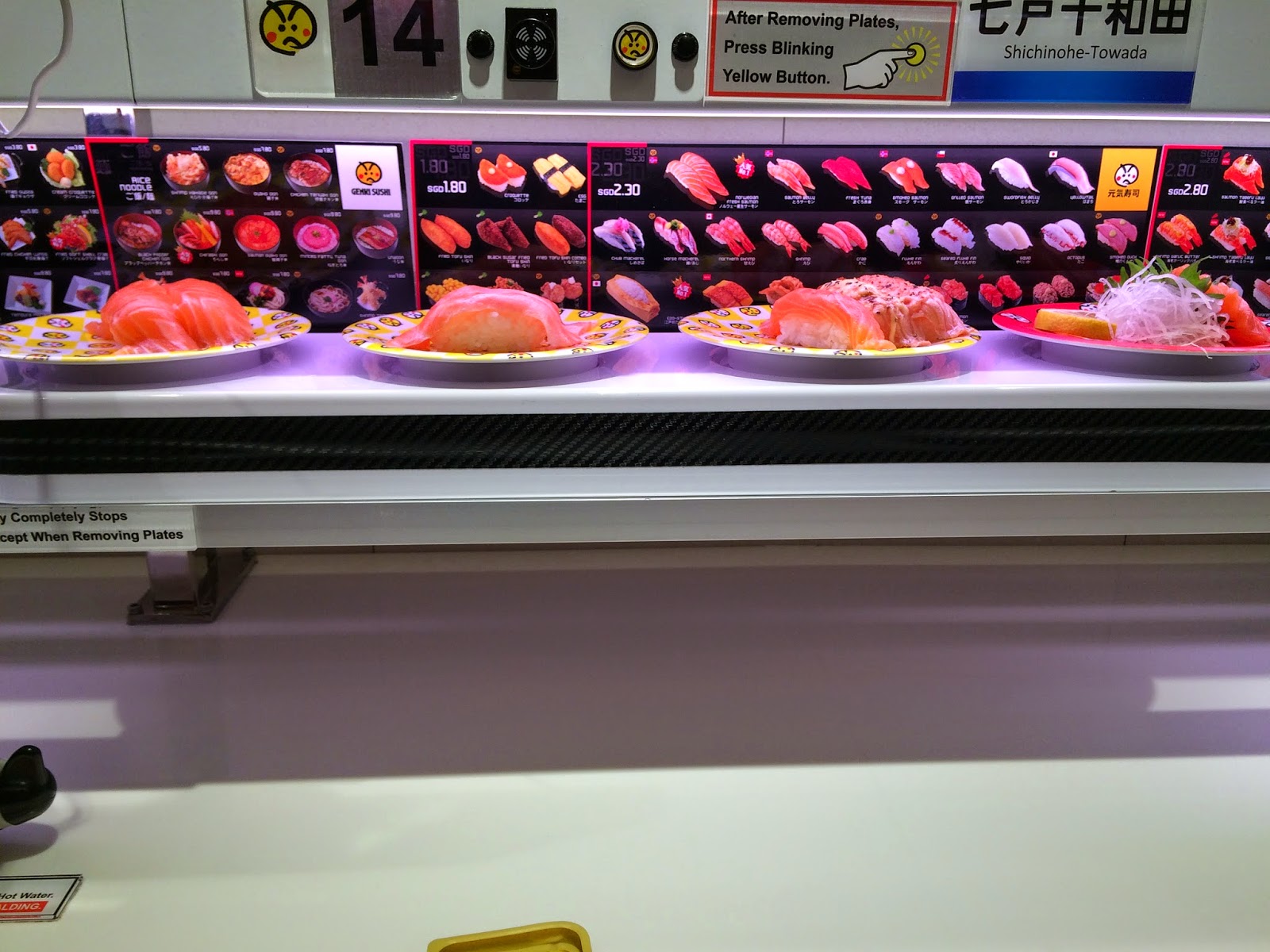 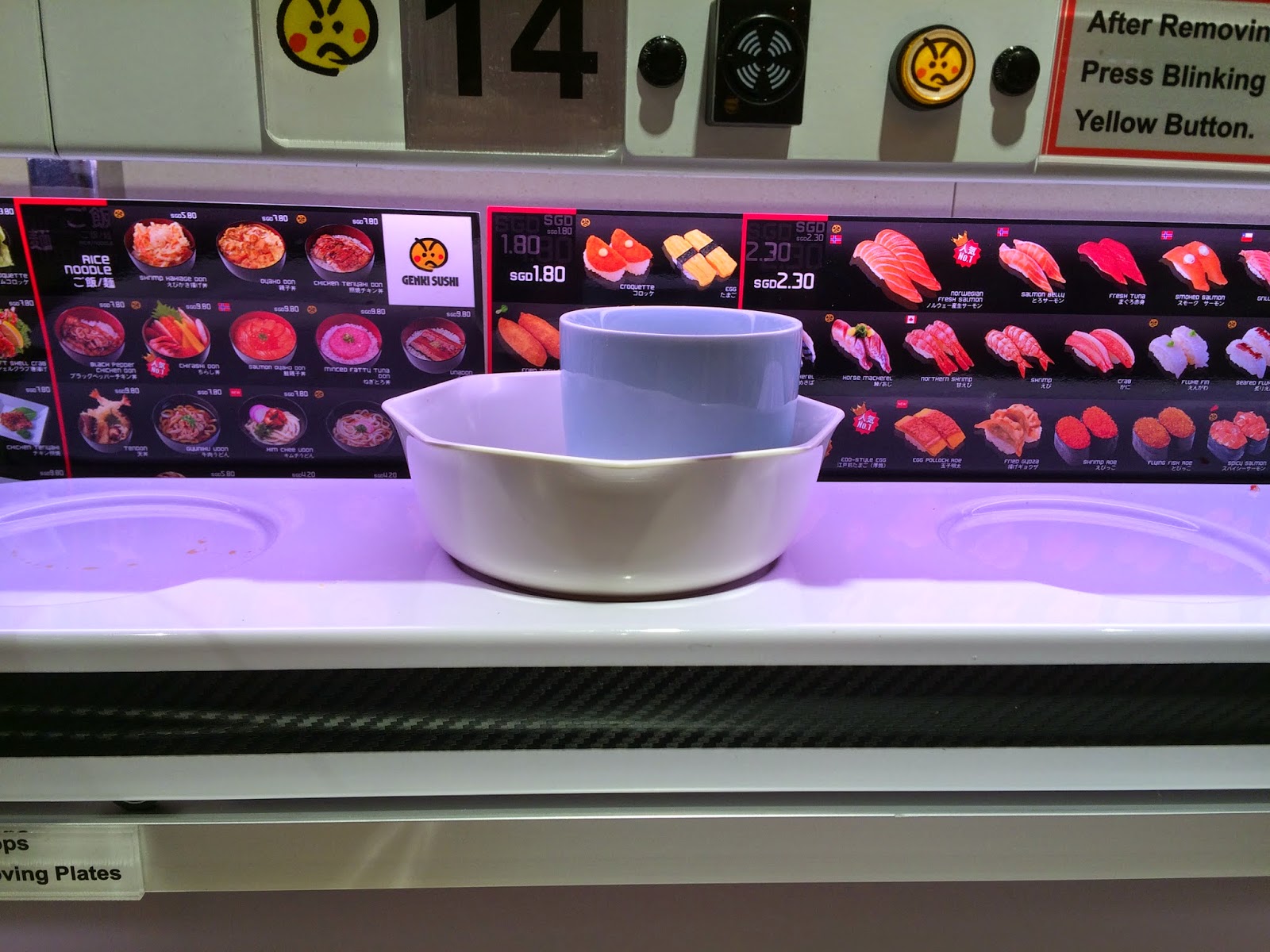 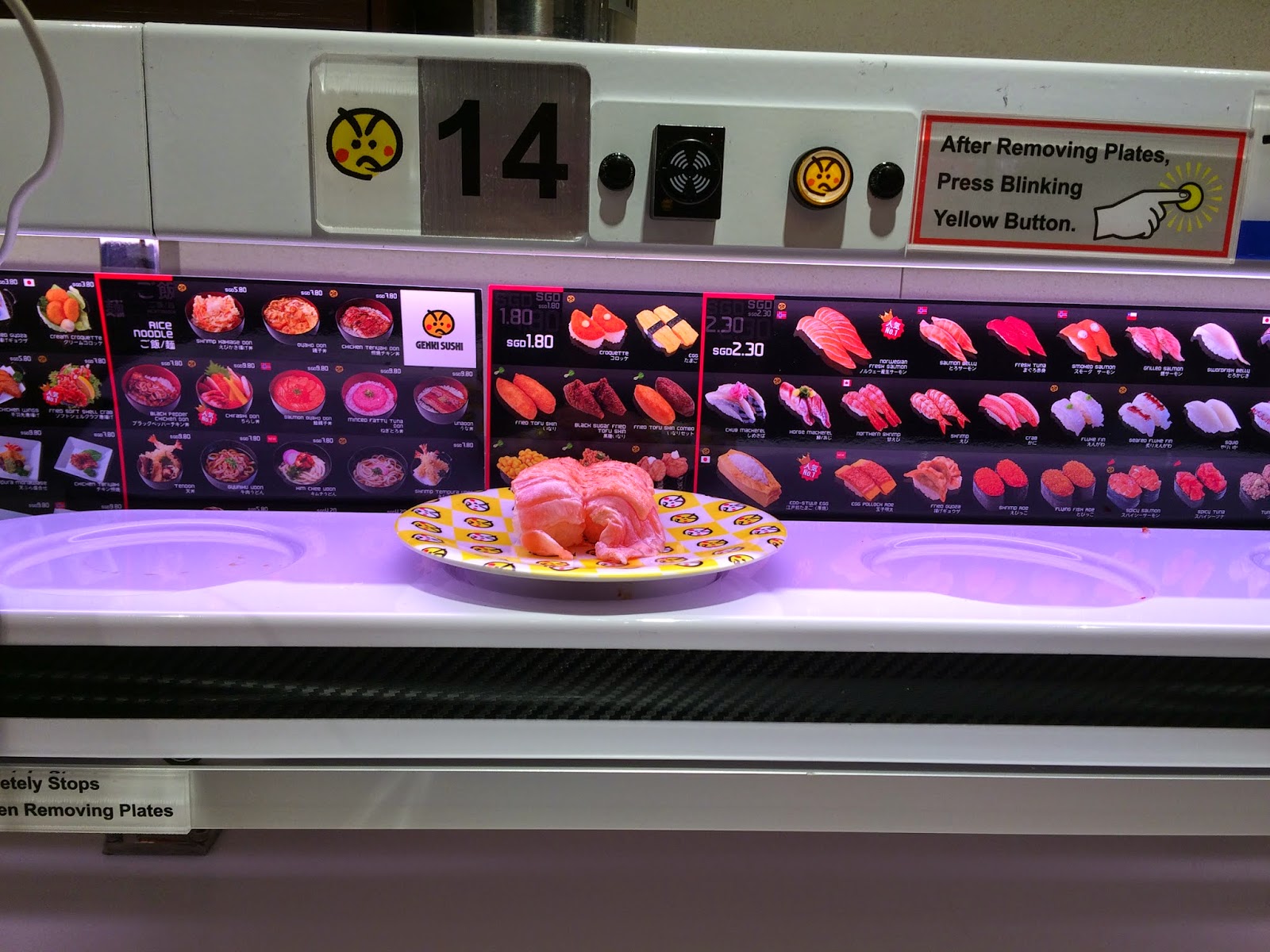 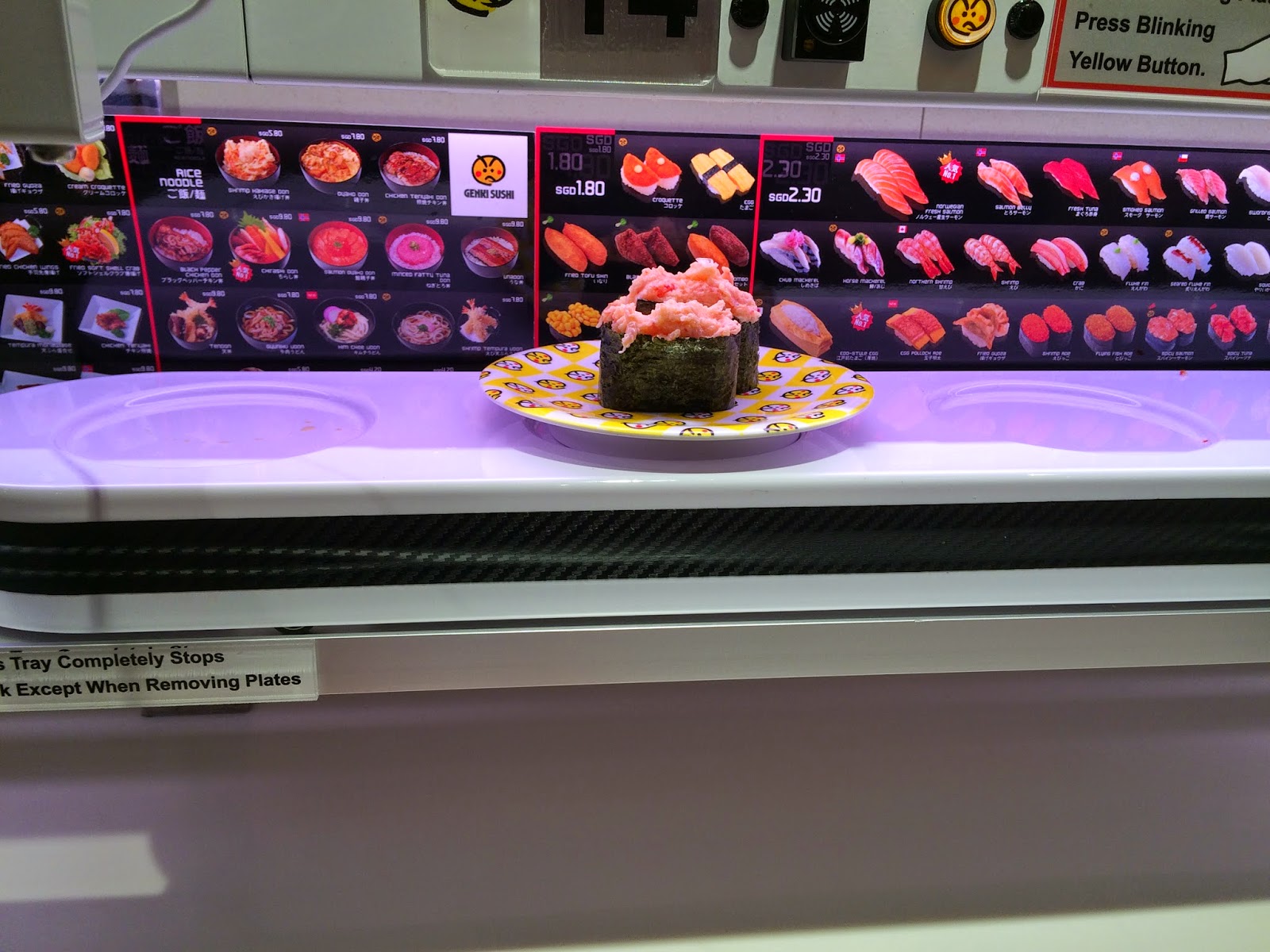 Food is delivered via Kousoku Express system, shaped like a Shinkansen bullet train, travelling along an electronic track. 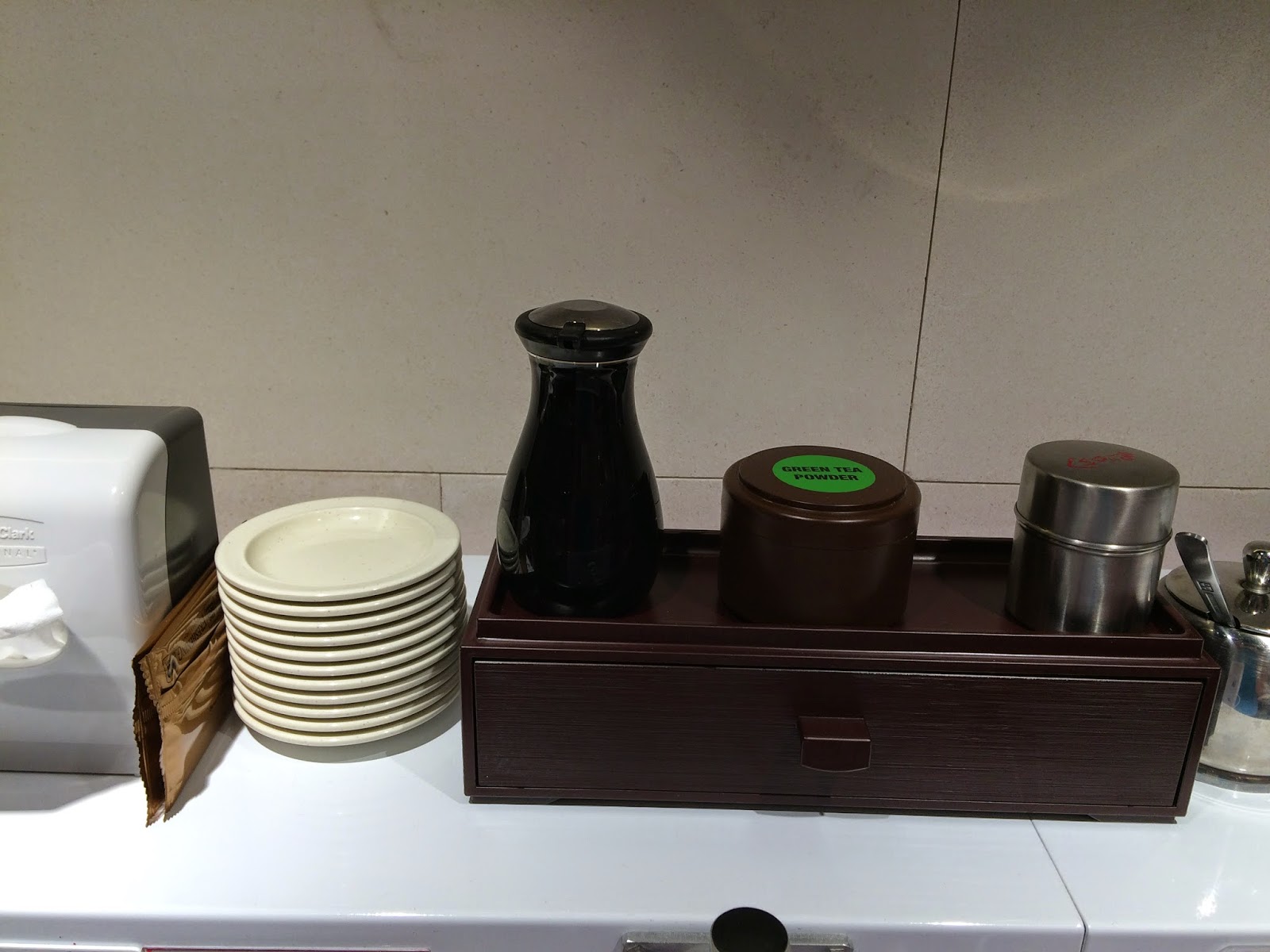 Condiments can be found at the top of each counter. 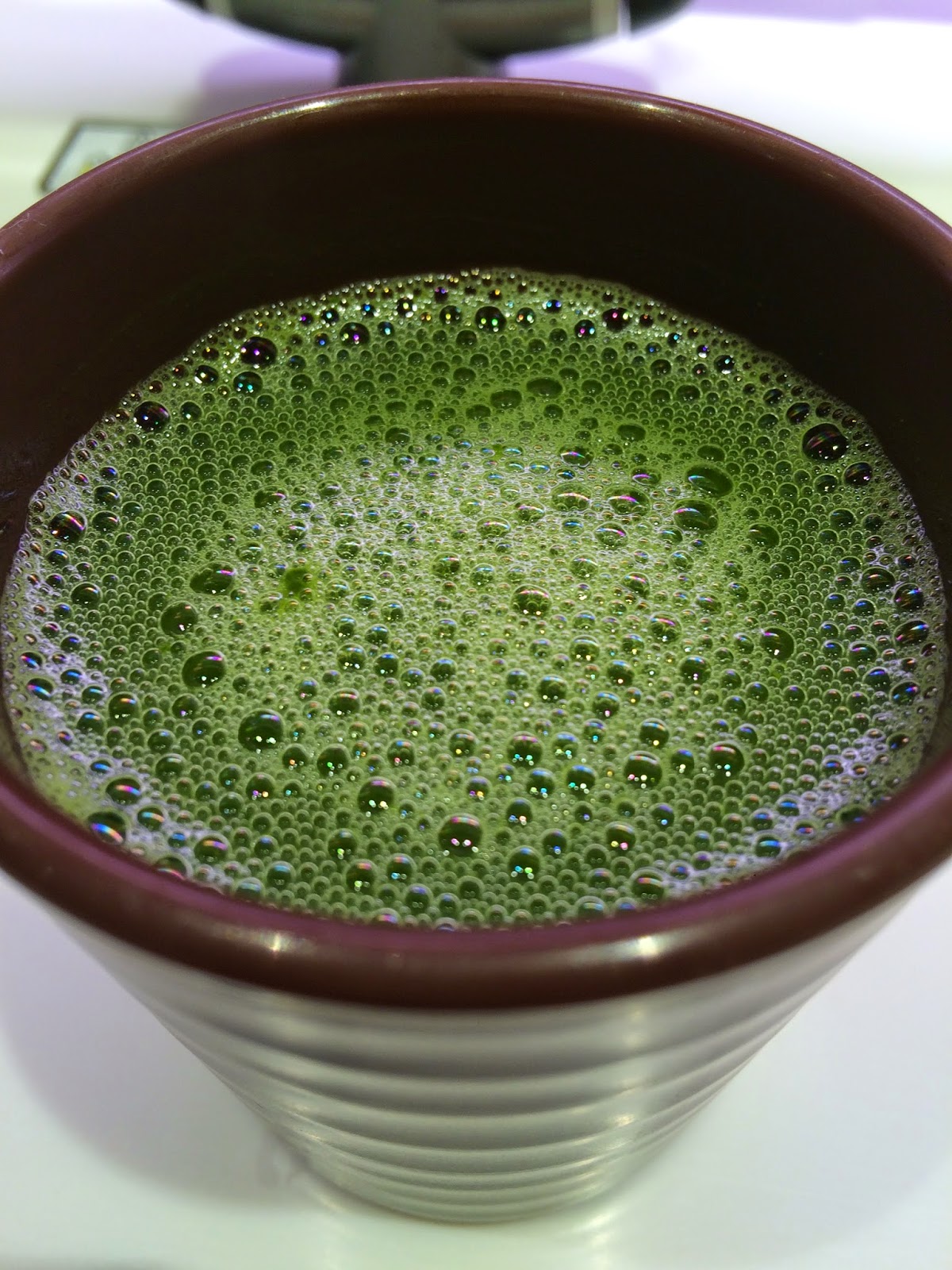 Green tea leaves from Shizuoka Prefecture, Japan, are dried and ground into powder. I like that the powder version because the taste is much more authentic. 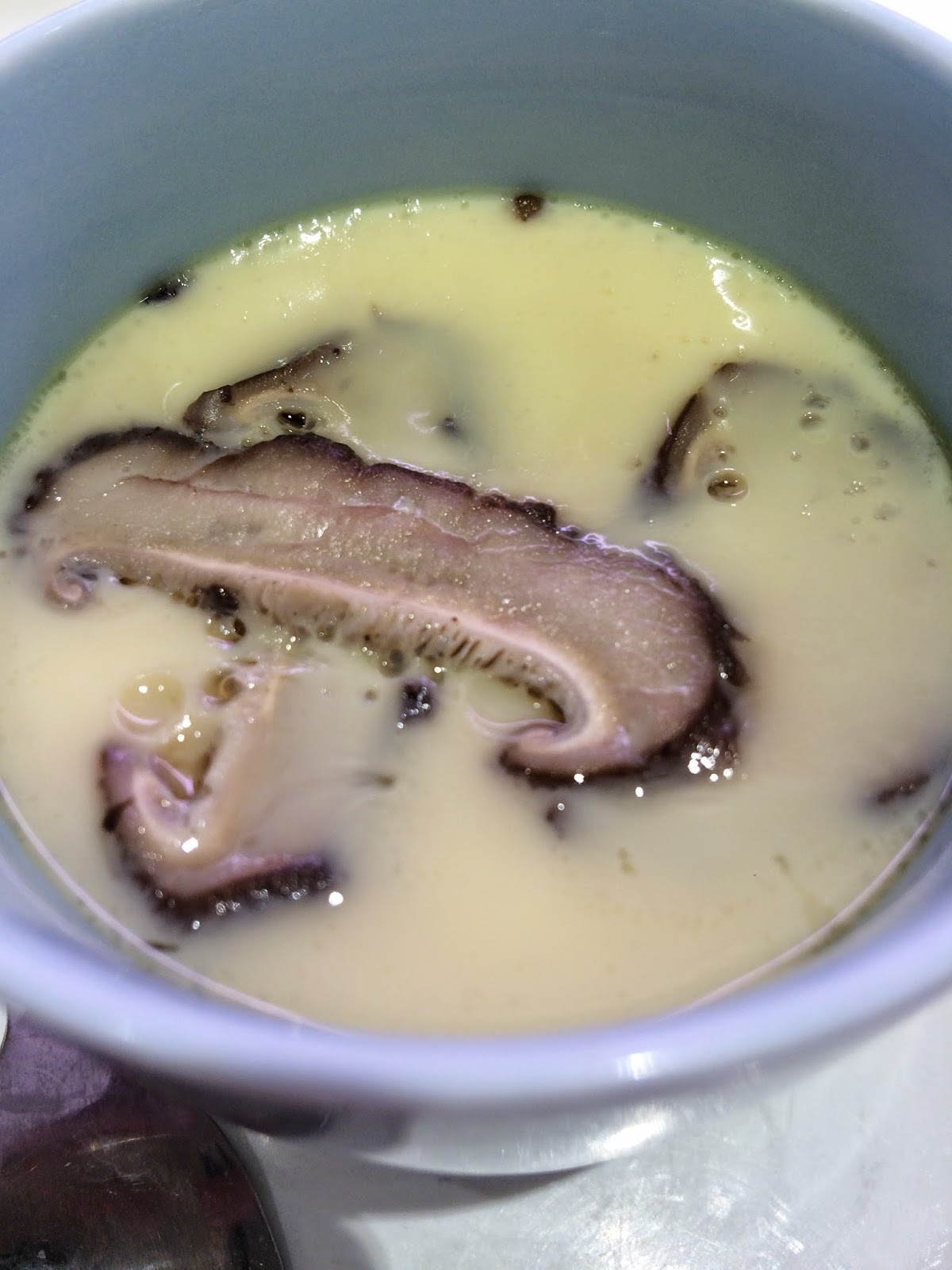 Chawan Mushi is velvety-smooth as expected of any decent chawan mushi. 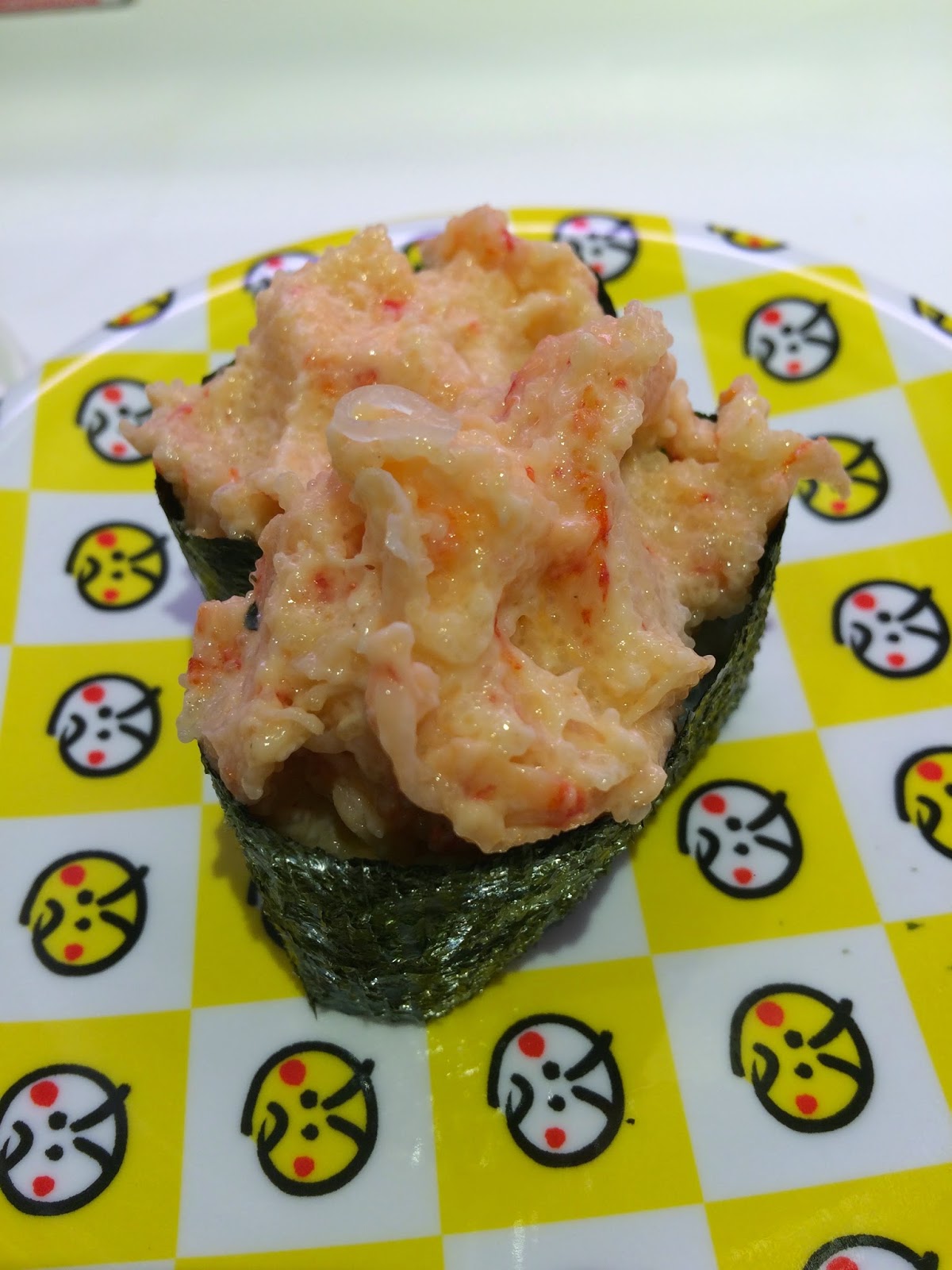 Lobster Salad Sushi is a delicious treat with chunks of lobster and mayonnaise.
If you love salmon sushi as much as I do, you will fall in love with Genki Sushi because there is at least 20 variations of salmon sushi. I went crazy and ordered three types of salmon sushi and a salmon sashimi. 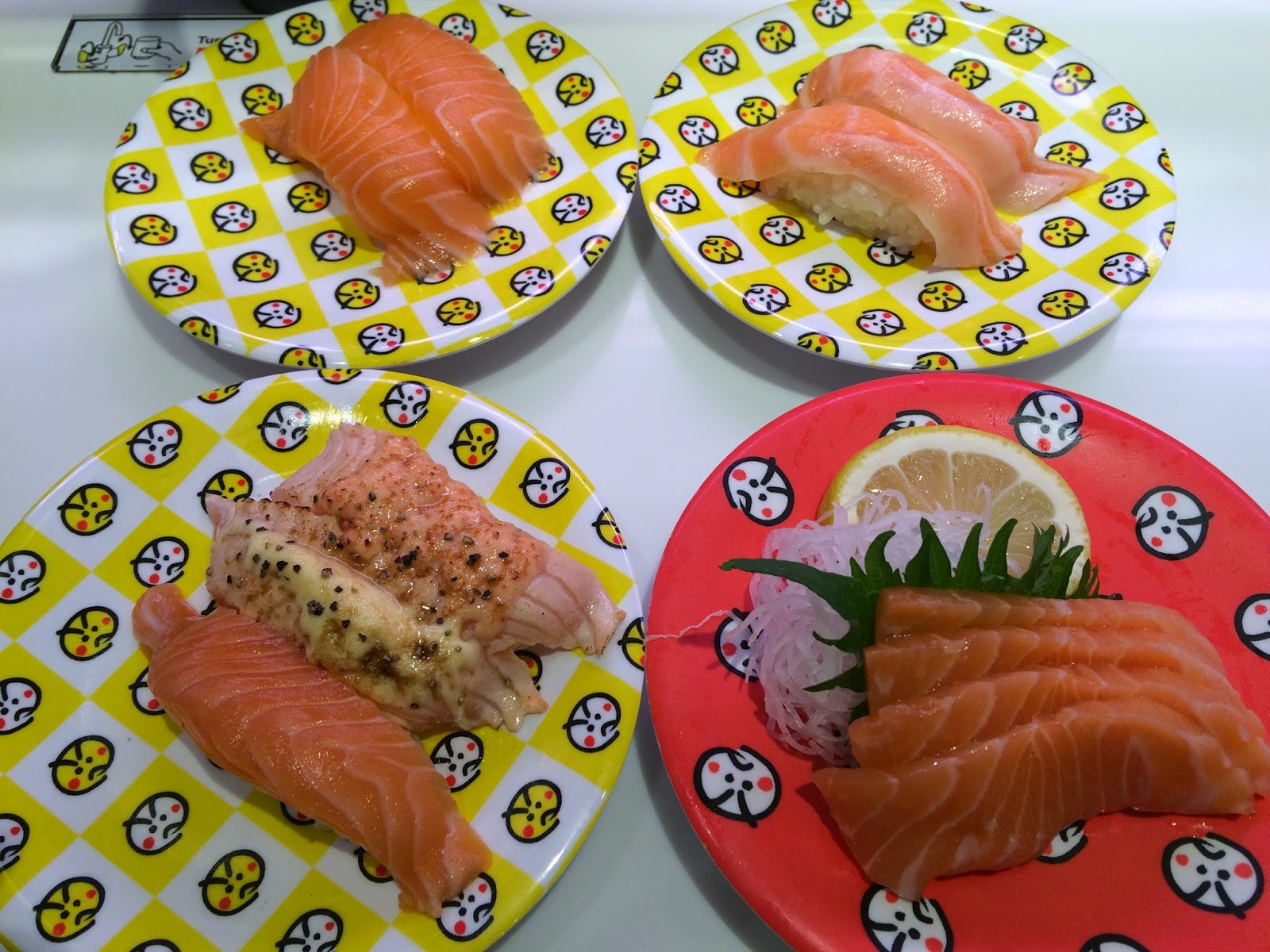 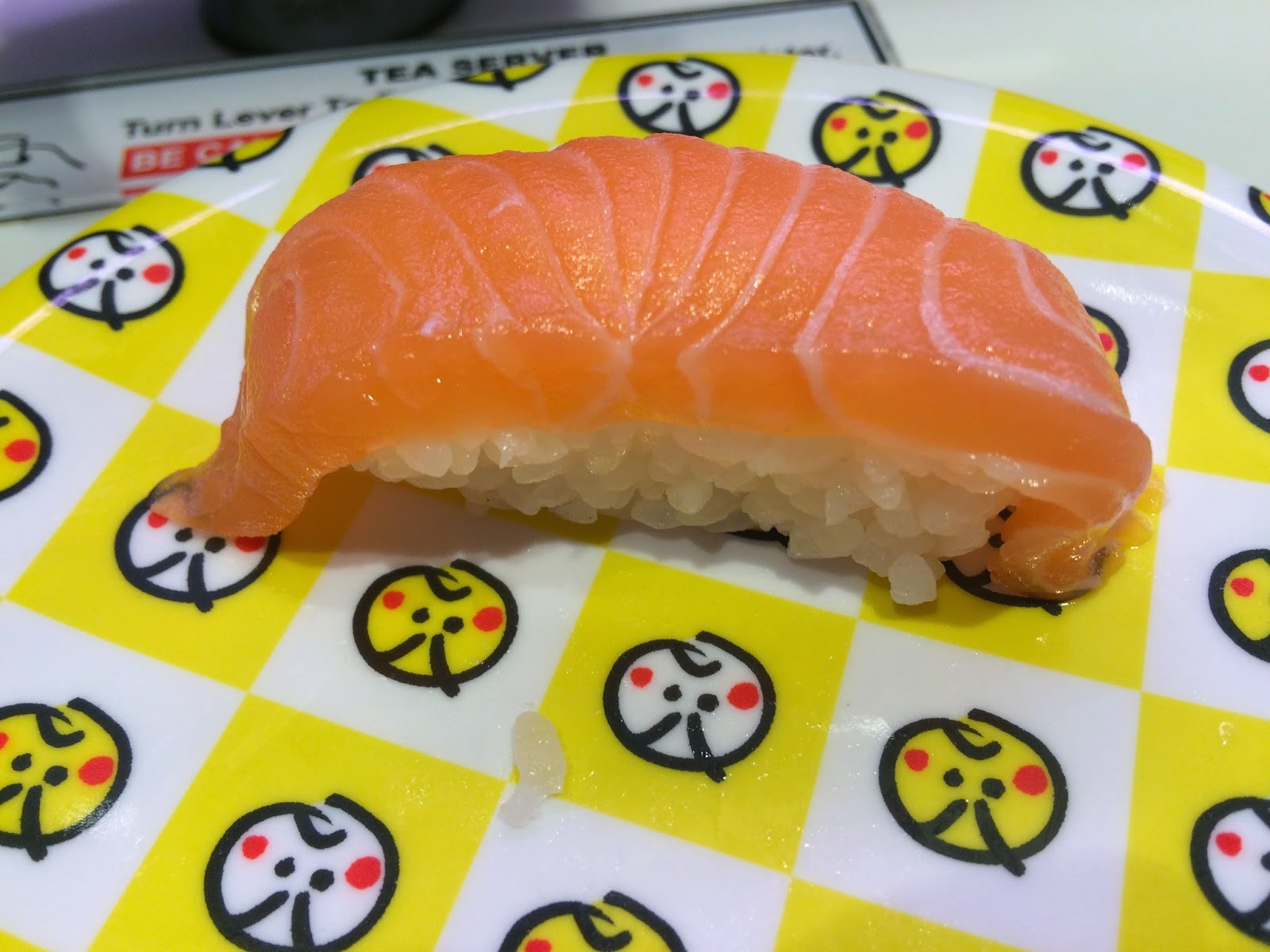 Norway is famous for their salmon, so I tried Norwegian Fresh Salmon Sushi. The salmon is fresh and tastes of the sea. 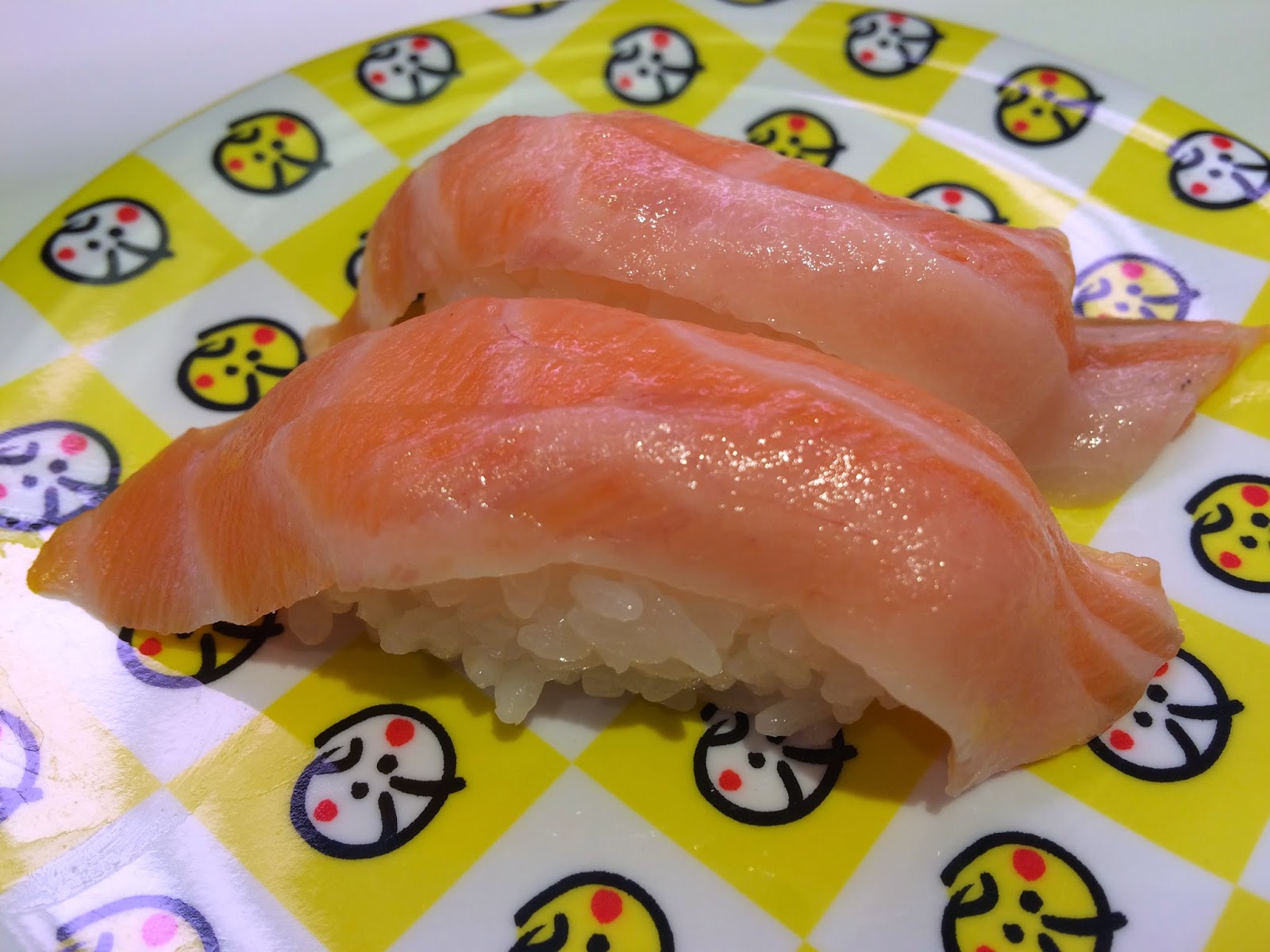 Salmon Belly Sushi has and always will be one of my favorite sushi. The fattiness of this part of the salmon make the sushi melt in your mouth. 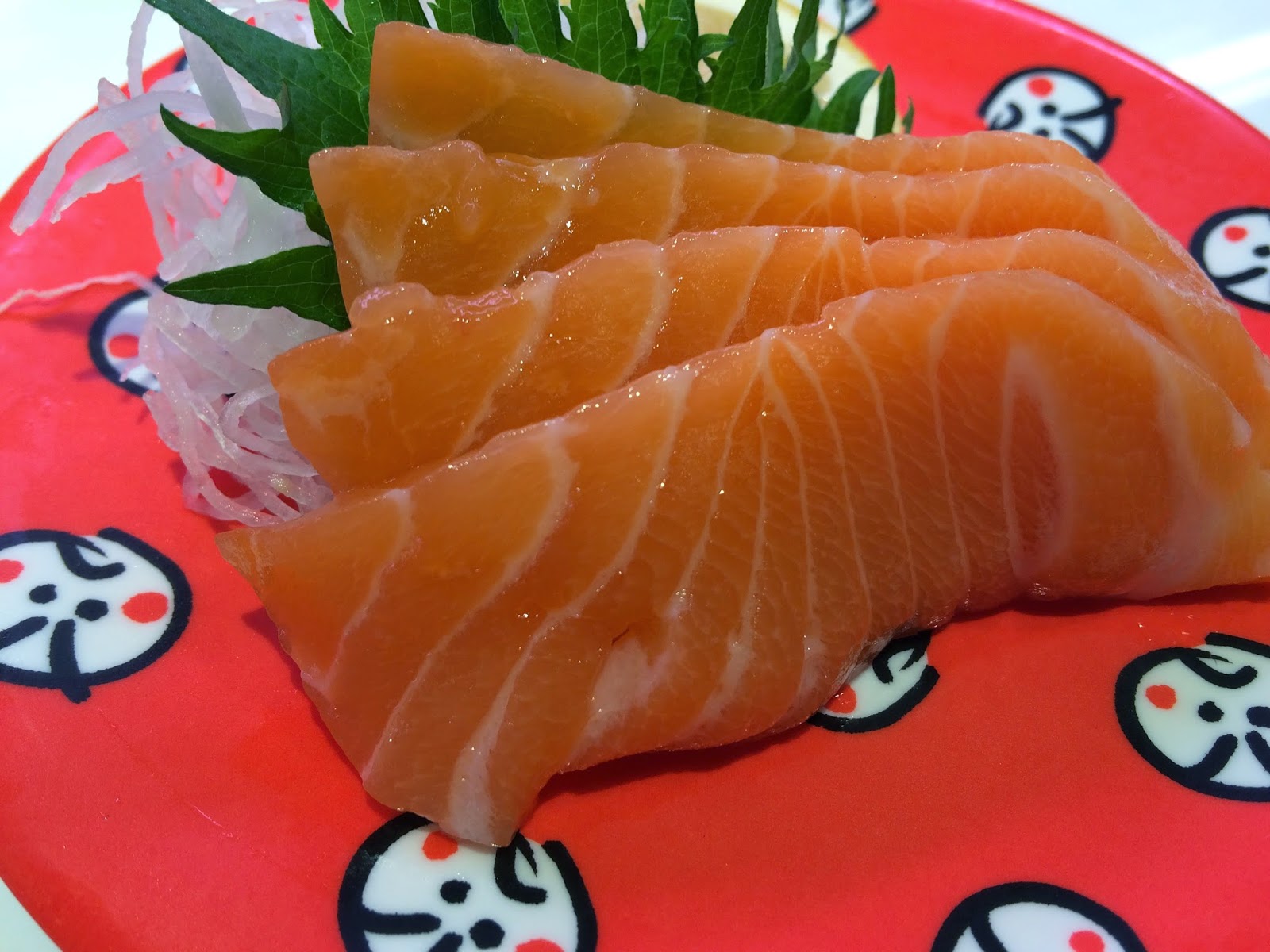 Salmon Sashimi is very fresh but I do wish the salmon were fatter. 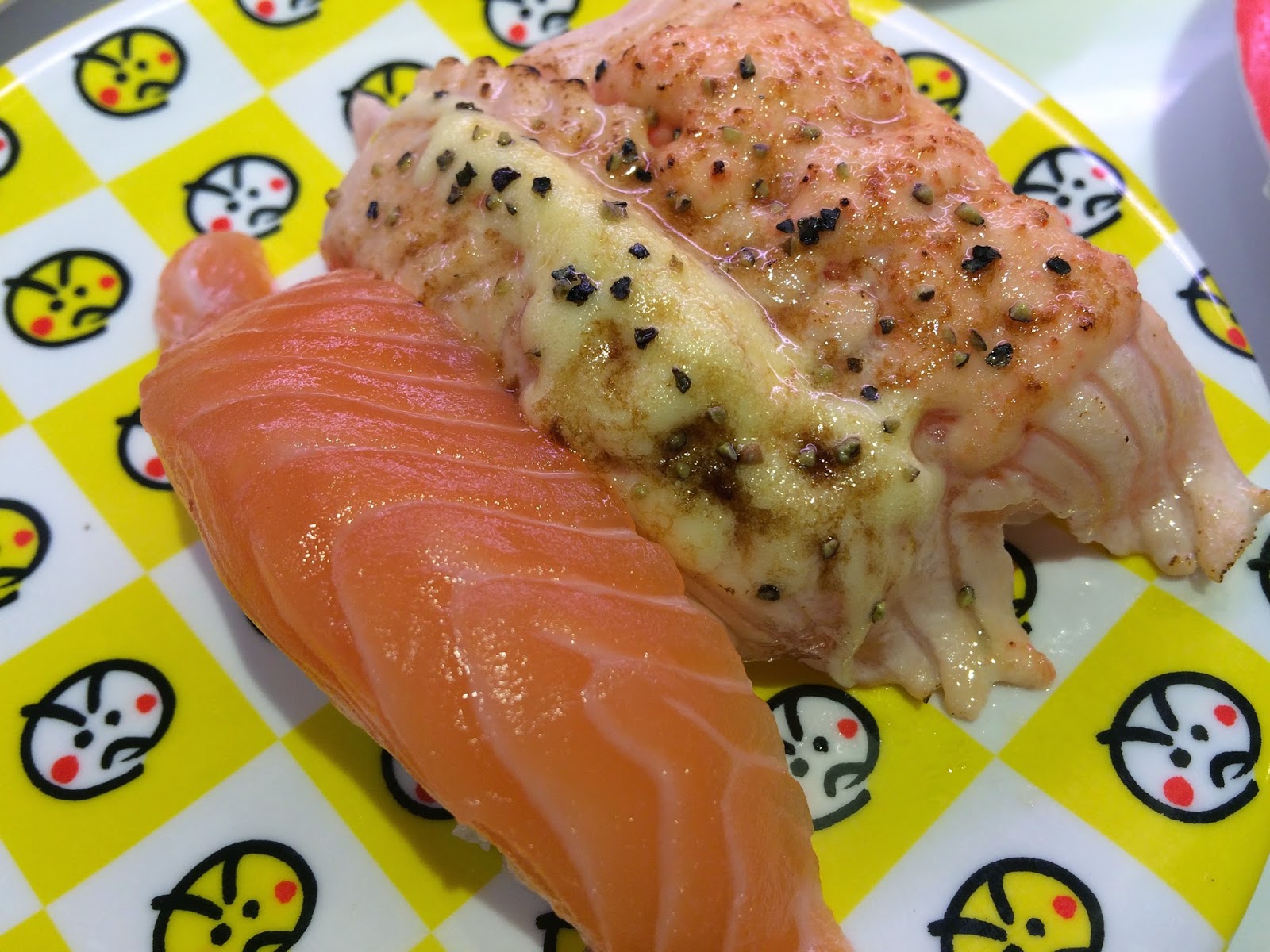 Salmon Triple Flavor consists of Salmon, Seared Salmon with Pollock Roe and Seared Salmon with Cheese & Black Pepper. Start from the left and work your way to the right, the gradual increase in flavour will make this a meal of its own. 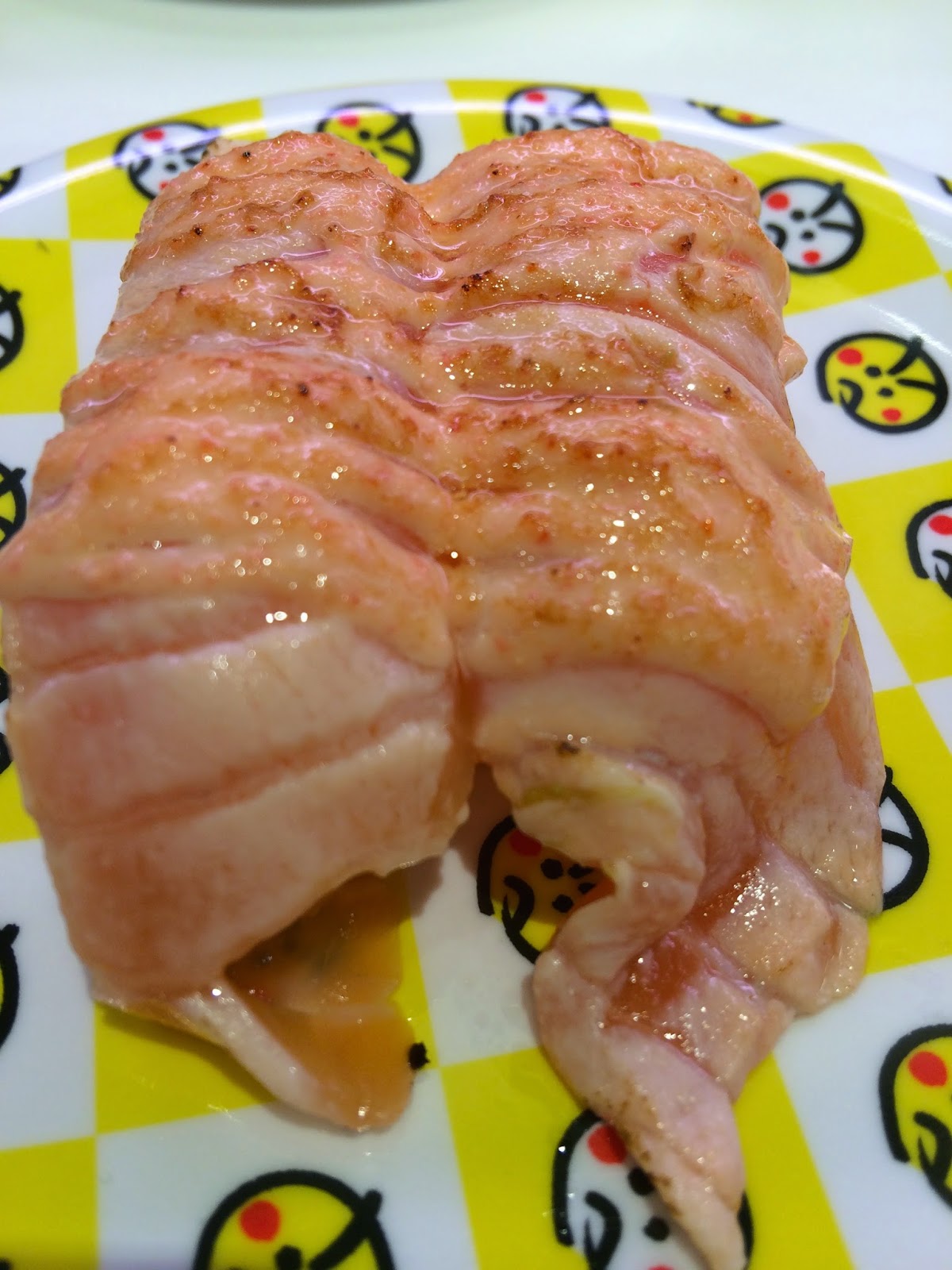 I was so smitten with Seared Salmon With Pollock Poe, I ordered another serving.
Genki Sushi cannot compete with Sushi Express‘s $1.50 per plate in terms of pricing, but it definitely triumphs in freshness and taste. Everything is freshly prepare upon order, you can taste the difference in every mouthful. For a true Japan sushi experience, Genki Sushi is just the place for you.
Orchard Central
Address: 181 Orchard Road, Orchard Central #03-32
Telephone: 62380900