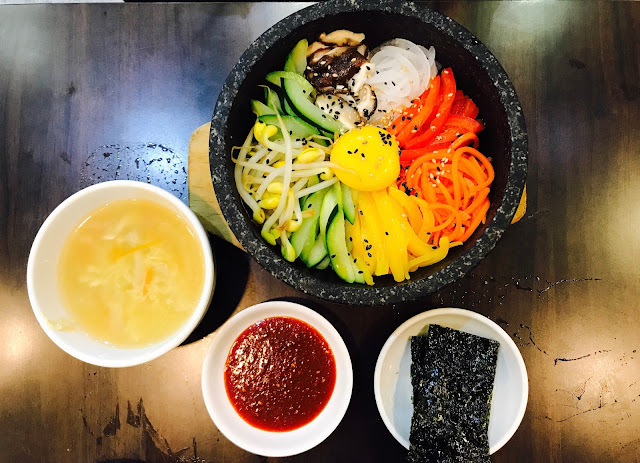 Whenever I think about Kimchi Korean Restaurant, the only image that comes to mind is the bland Korean Ginseng Chicken Stew that I had when the restaurant first opened in Suntec City Mall a few years ago.
Like its sister restaurant Guksu Restaurant, Kimchi Korean Restaurant has recently revamped its menu and there are many new additions to the menu. The Lunch Set looks really good, so I decided to give it another shot. 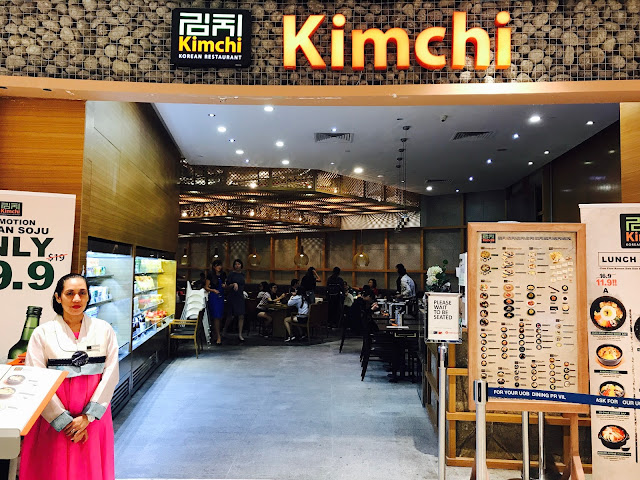 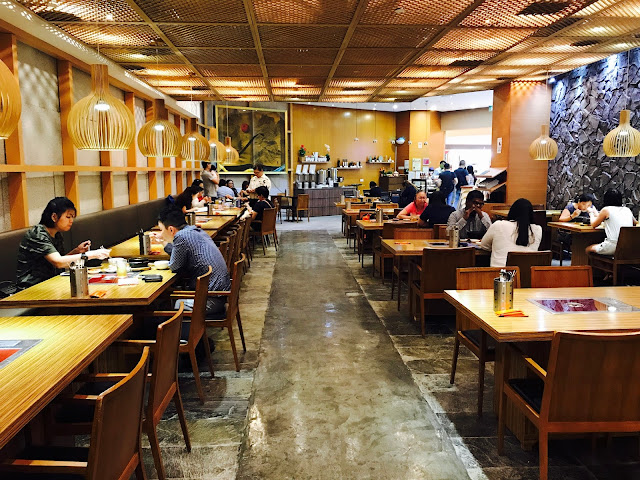 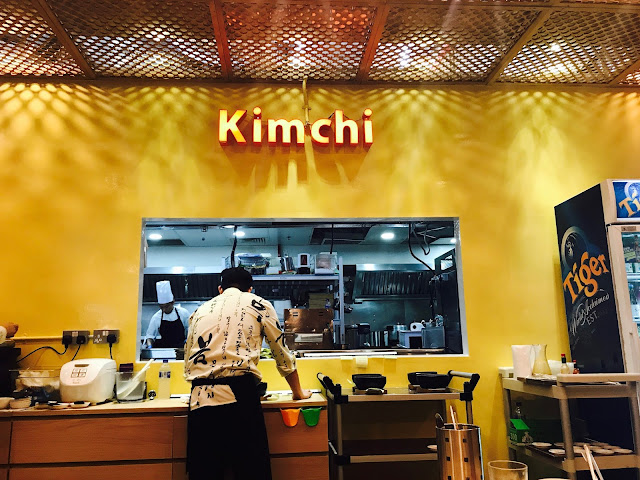 The restaurant has recently undergone major renovations and I like the new look which is more open and inviting. 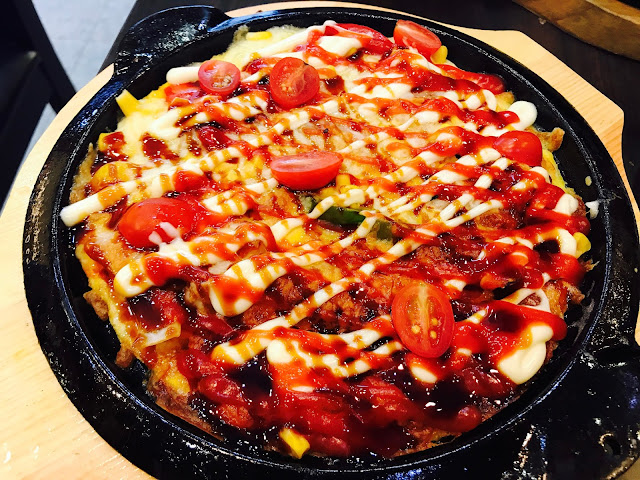 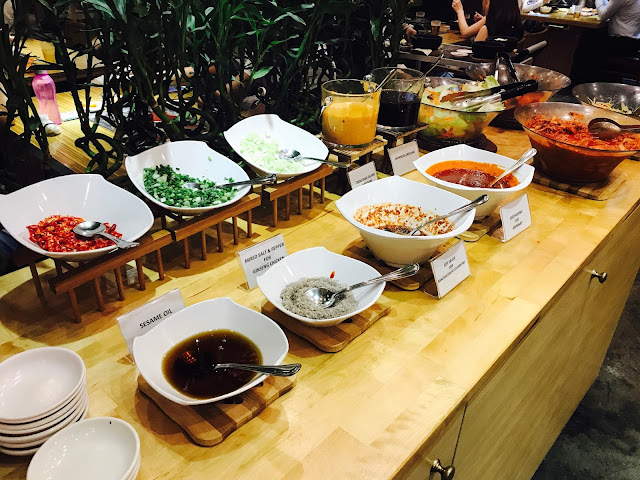 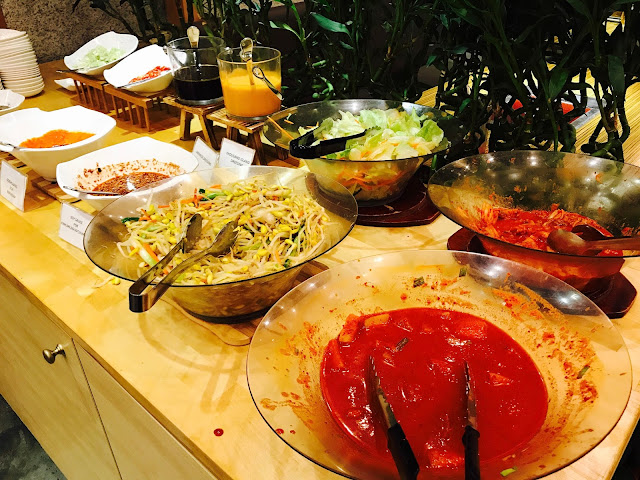 This is where you get your condiments and sauces. There are also Korean barchans (Korean for a side dish) such as kimchi, kkukdugi (cubed radish kimchi) and kongnamul–muchim (Korean soybean sprouts). I am totally in love with the kkukdugi where the sour and spicy taste and the crunchy texture makes it a great snack. The kongnamul–muchim is equally as good with a strong garlicky taste that is absolutely appetite-stimulating. 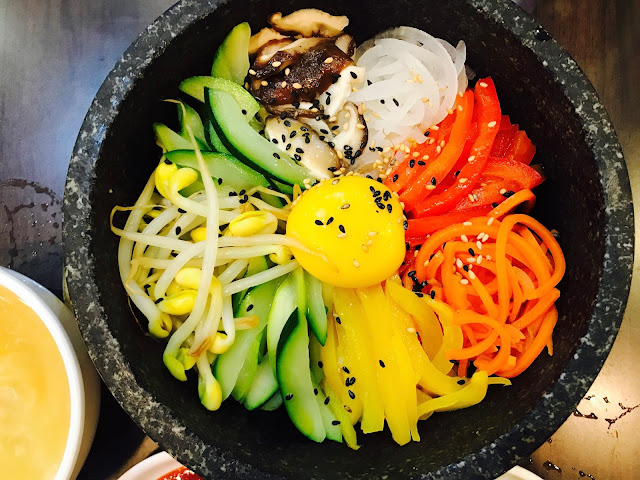 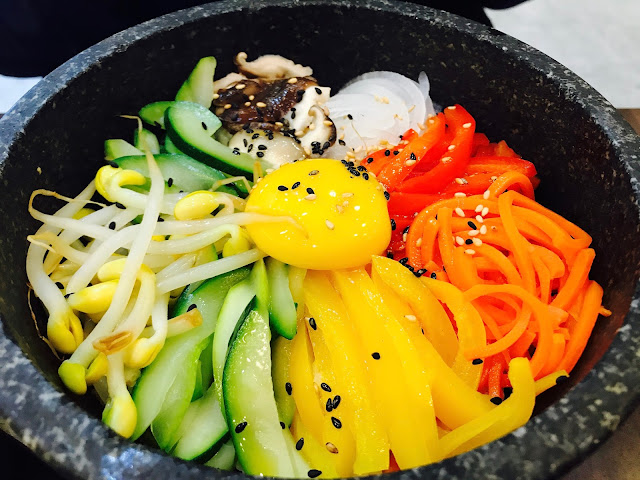 Ya Chae Dolsot Bap is from Set A of the Lunch Set, which comes with free-flow corn tea, free-flow side dish bar and dessert of the day. Strips of fresh vegetables are laid in a circle on top of a bed of sticky Korean rice, topped with a runny egg yolk and Korean chilli paste sauce. Mix everything up in the hot stone pot and enjoy a healthy lunch that is both satisfying and delicious. 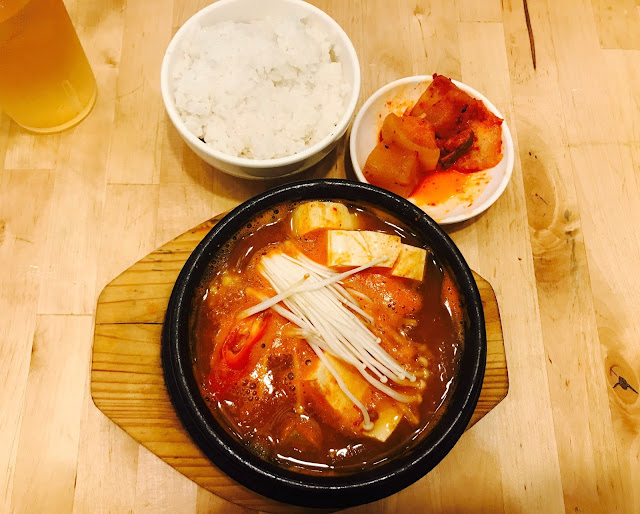 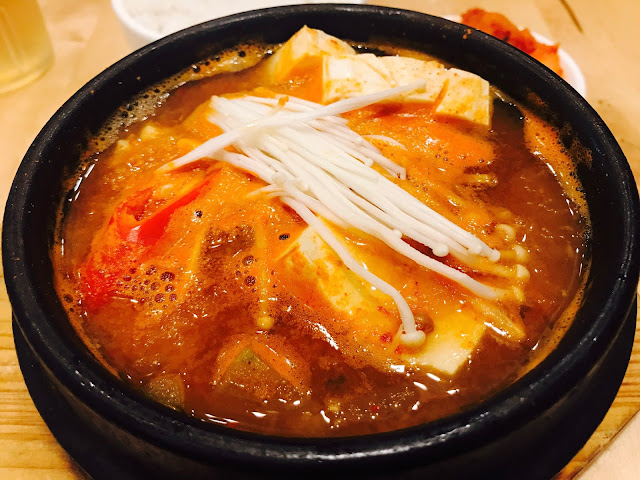 Haemul Sundubu Jjigae (Koran Spicy Soft Tofu Stew) is from Set B of the Lunch Set and it is really not as spicy as it looks. The natural sweetness of the seafood broth goes well with the gochugaru (Korean chilli powder) which gives its redness. They are very generous with the seafood – there is mussel, baby octopus, cuttlefish, prawn and even quarter of a soft shell crab. This stew goes well with a bowl of steaming white rice. 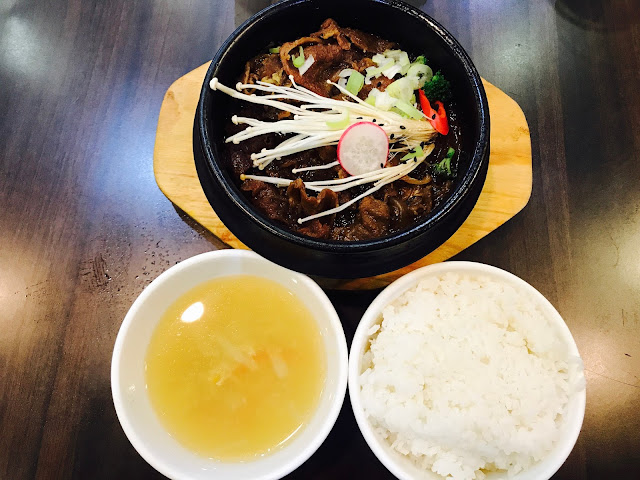 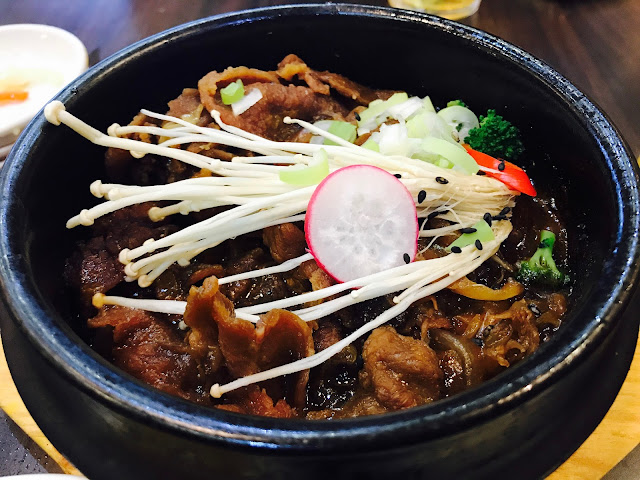 So Bulgogi is from Set C of the Lunch Set and it is a little different from what I expected. I was really expecting a hot stone pot of rice topped with slices of marinated beef, instead, I got full of marinated beef and the rice comes in a separate bowl. The portion is big even for a big eater like me and I had some difficulty in finishing the whole pot, but eventually, I did. The beef might be a little too well-marinated and the sweetness gets to you after a while.

Gye-Ran Kimchi Cheese Joen is great for sharing. The egg and kimchi pancake are topped with mayonnaise and tomato sauce so it is creamy, sour and spicy all rolled in one, but I personally find that there is too much tomato sauce that it overpowers the deliciousness of the pancake and. 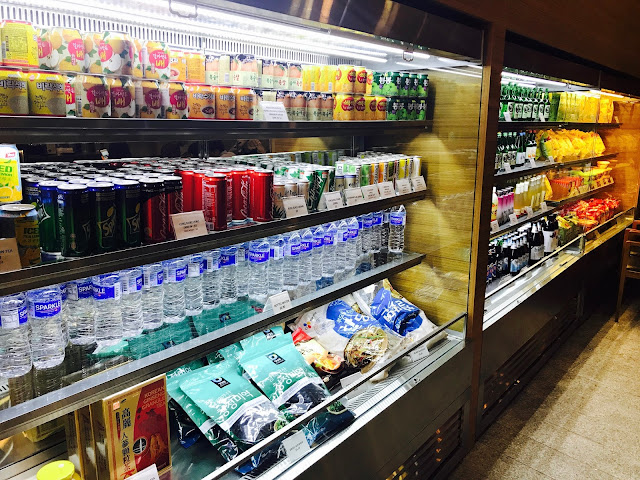 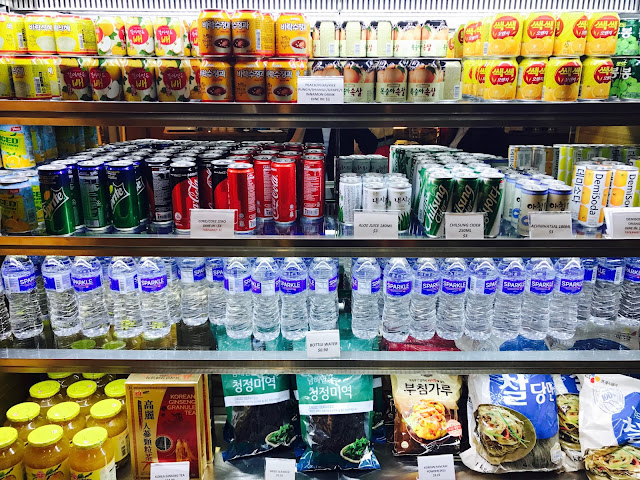 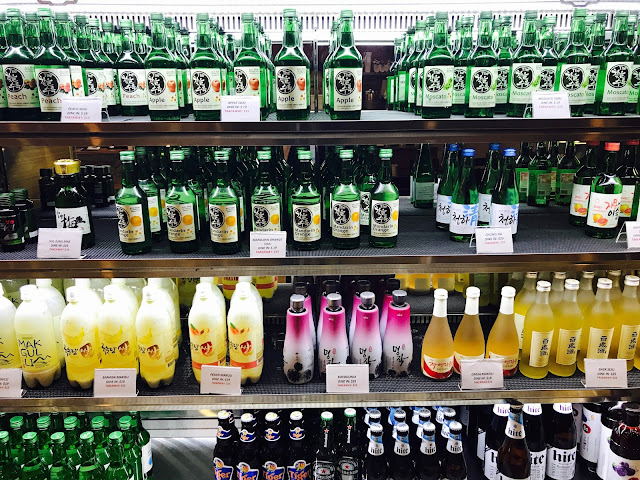 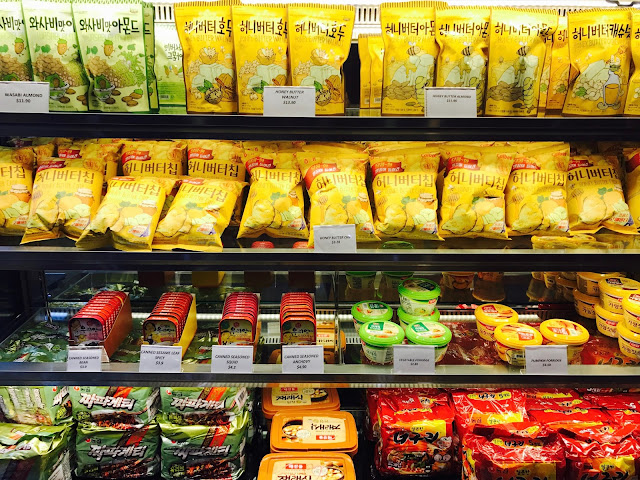 The retail section at the entrance of the restaurant is where you can buy bottled Korean sodas, shoju, condiments and snacks such as Honey Butter Chip (which I have been told is really good). 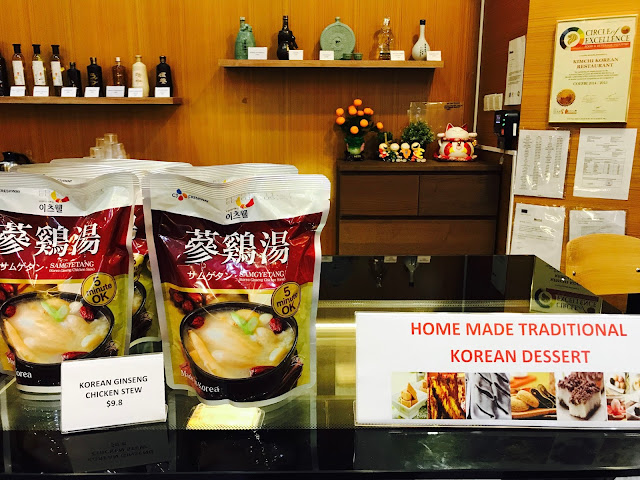 If you are too busy or simply too lazy to cook it from scratch but still want to eat Korean Ginseng Chicken Stew, you can always get this pre-packed version at Kimchi Korean Restaurant, where you simply have to heat it up in a pot of boiling water and you can enjoy this delicious Korean dish. 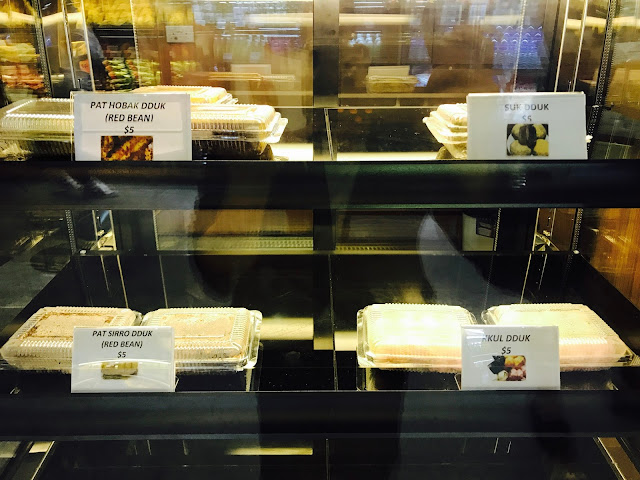