Skip to the content
Miam Miam is a casual French restaurant that infuses French artisanal cuisine with Japanese cooking techniques to create mouthwatering dishes using fresh and sustainable-sourced ingredients.
I have heard so much about this French-Japanese fusion restaurant, but I have not had the chance to try out the food for myself and I finally got my chance today. 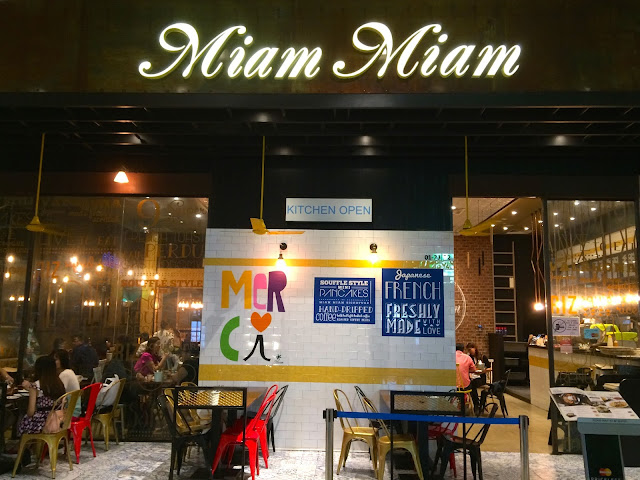 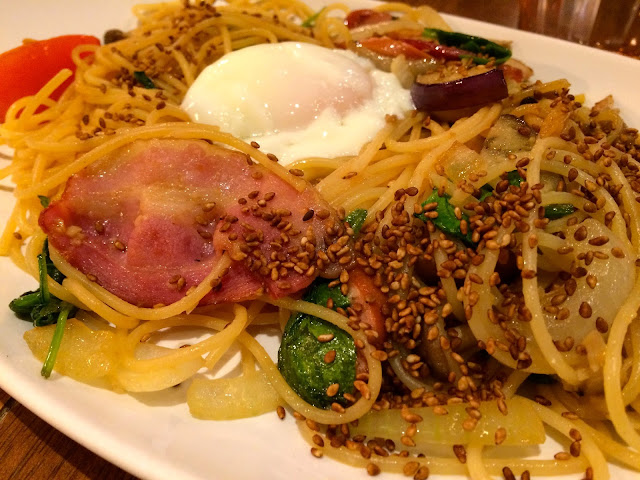 Miam Miam Spaghetti is one of the restaurant’s signature dish. Al dente spaghetti is sautéed with frankfurters, tomatoes, baby spinach, bacon, French butter, broth and shoyu and served topped with an onsen egg. The serving is huge and it is more than enough for two person to share. If you are dining alone, you might want to consider getting the Miam Miam Spaghetti Solo. 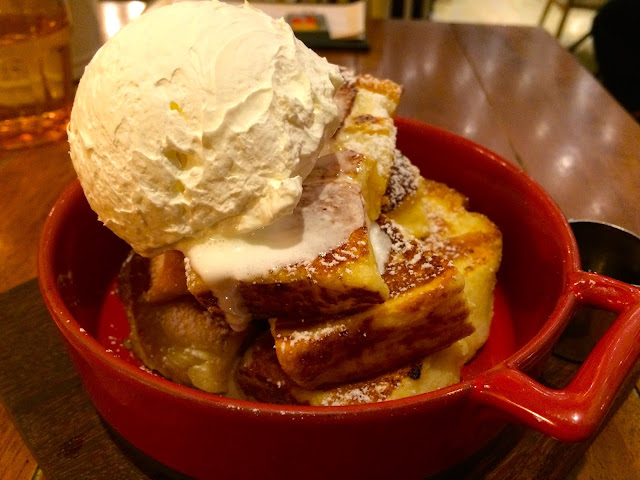 Famous French Toast is another signature dish and it is so popular the menu says don’t ask – just order which I happily complied with. It is technically not a dessert because it falls under the Bread section, but who cares? I love the thick fluffy French toast and the sweet sugar syrup, but I can’t quite get used to the idea of eating French toast with whipped cream. It would have been nice if there was an option to change the whipped cream to a scoop of premium icy-cold vanilla ice-cream. Now, that would have been heavenly.
I am loving the wide selection on the menu and tasty foods, and Iwill definitely be back for more.
Addresses, telephone numbers and opening hours of all 3 Singapore outlets can be found here.