Skip to the content
I think I was destined to dine at One Fork Two Stick Kitchen.
Stella and I met up at Tiong Bahru and she was craving for samgyetang (Korean Ginseng Chicken Soup), but Big Mama was fully-booked for the day and the waiting time was at least half an hour, so we decided to dine at the less-known One Fork Two Stick Kitchen beside it.
Alas, we were told that the current menu does not have samgyetang, but it will be available in the new menu and Kangsan, one of the owners of the restaurant, invited us to try out the new menu, so here we are again. 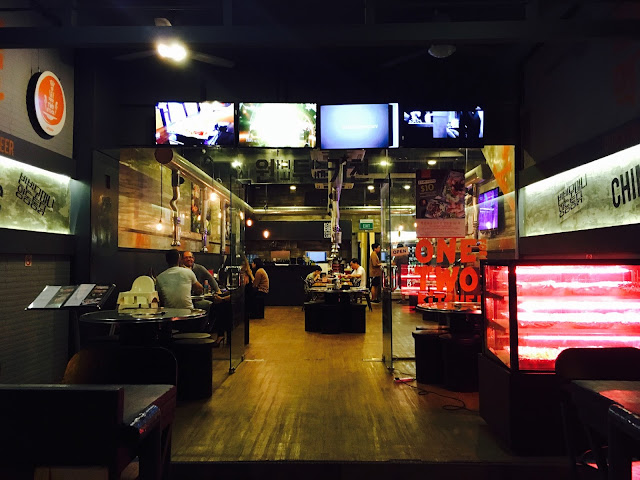 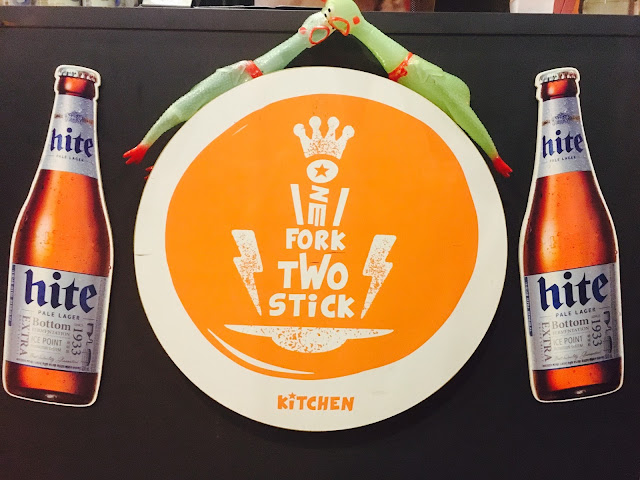 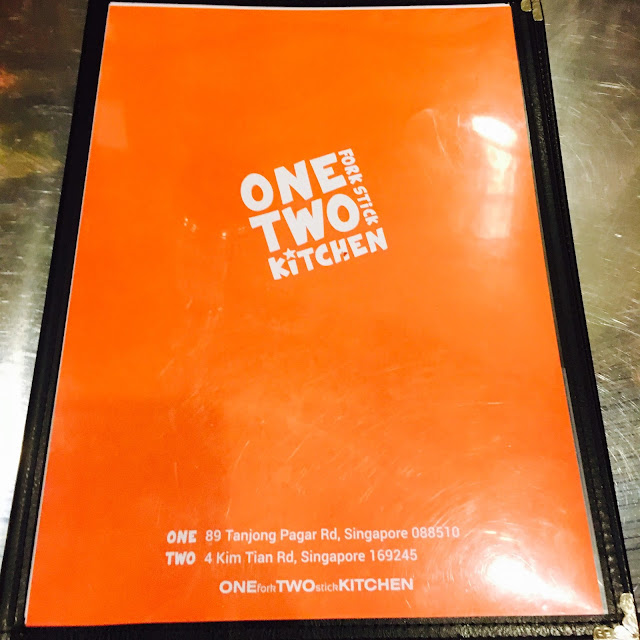 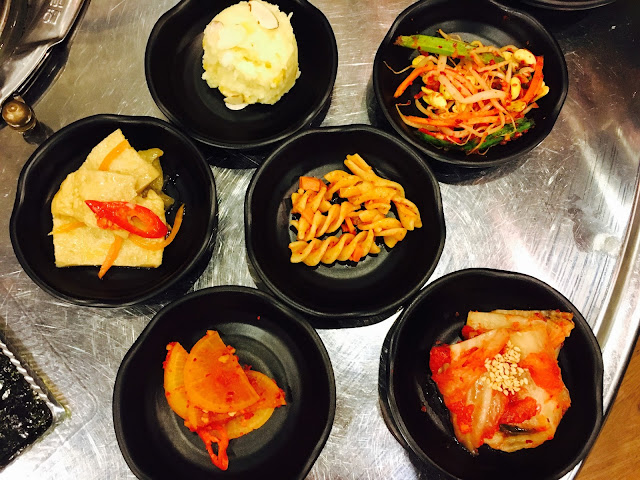 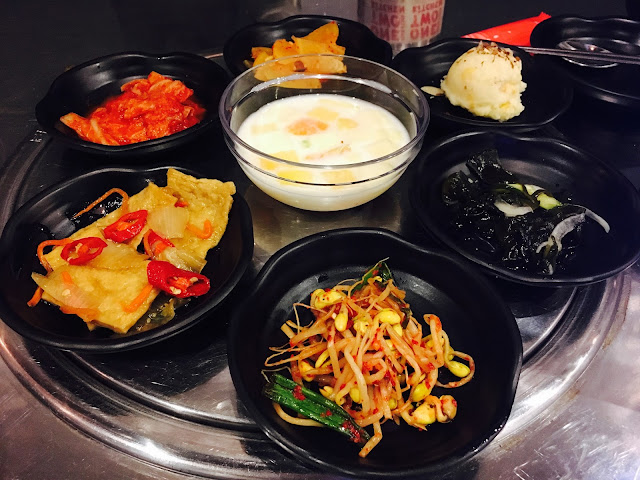 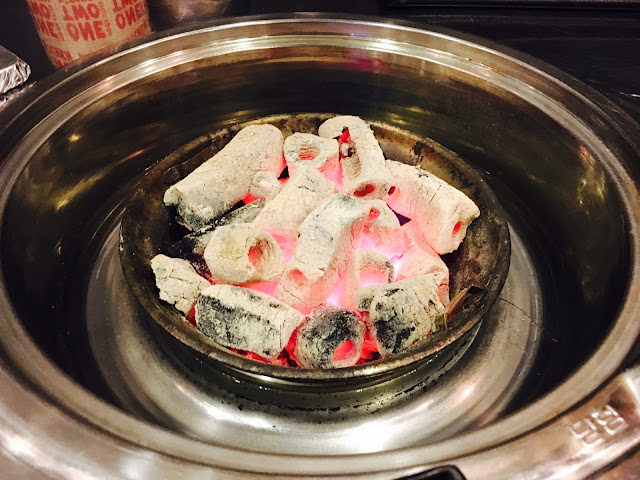 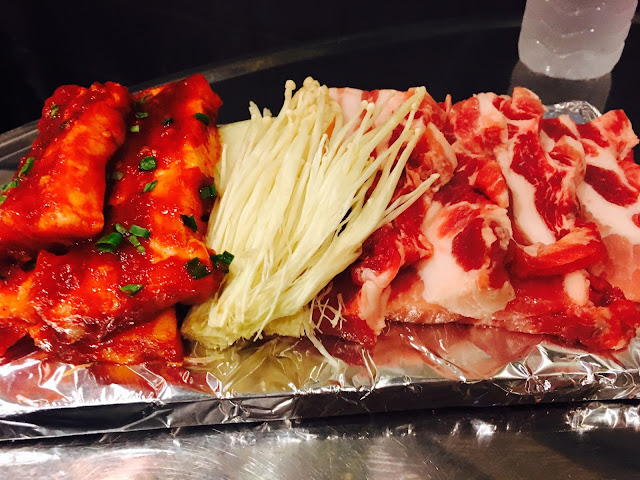 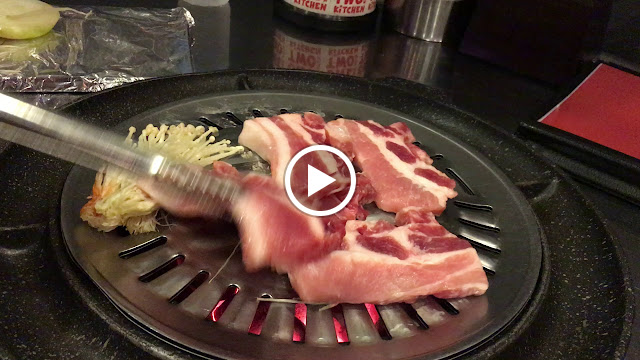 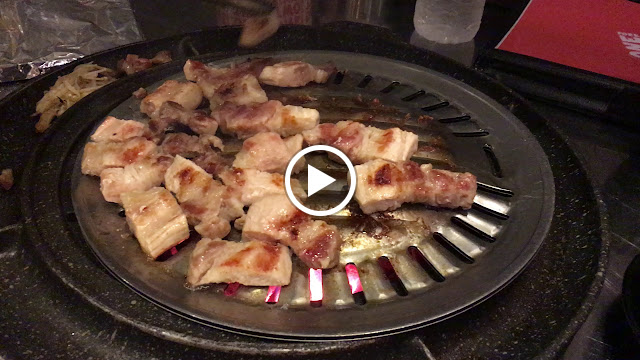 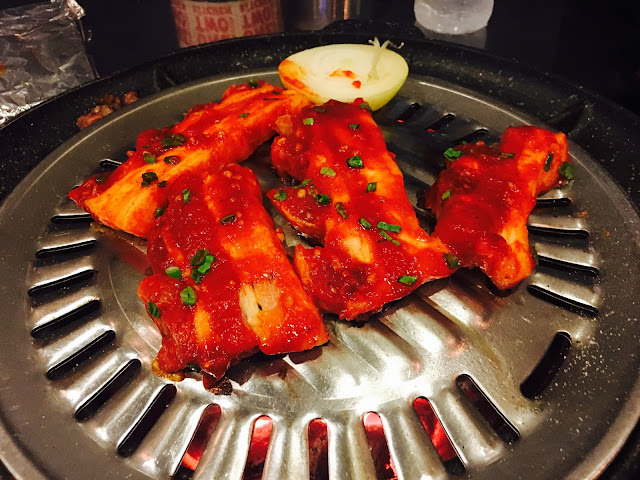 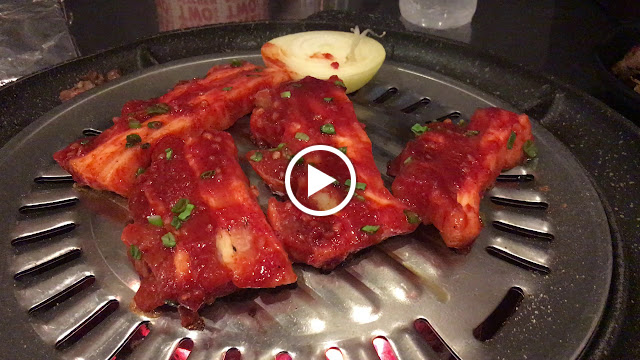 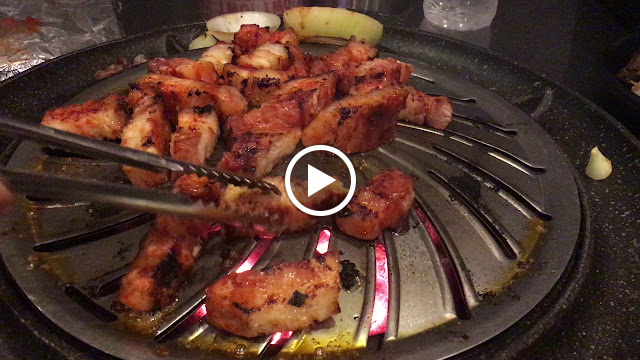 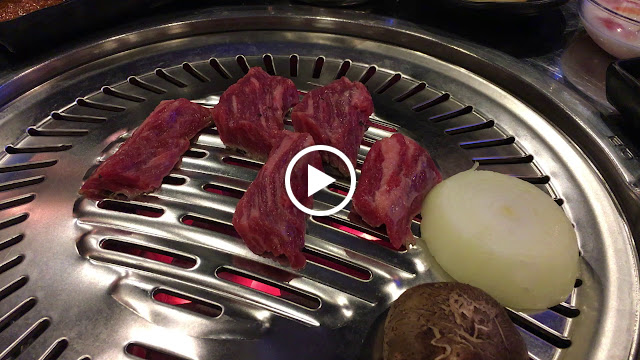 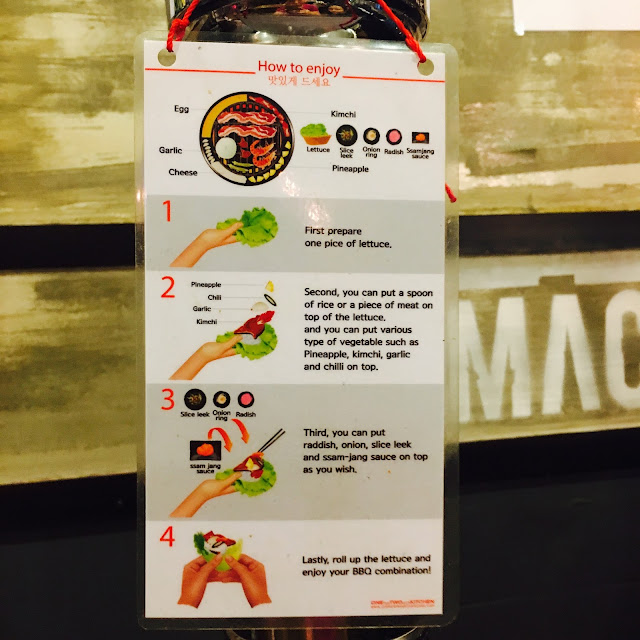 This is how to enjoy ssam (Korean lettuce wrap) with the barbecued meats. 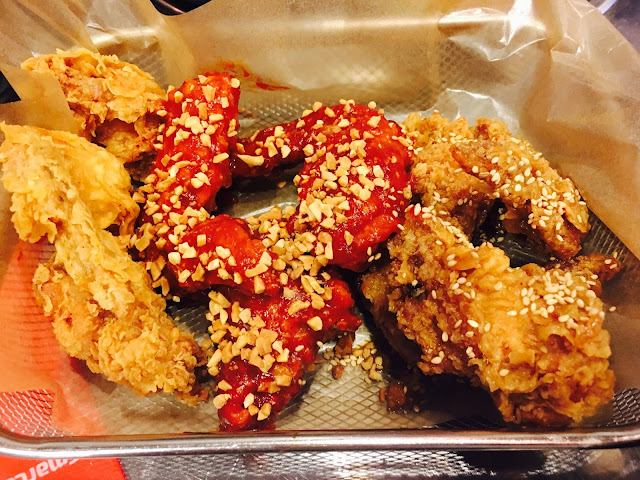 Combo Fried Chicken Wing is one of the bestsellers here. You get 6 pieces of fried Korean in three flavours: original, spicy and soy. The chicken is tender and juicy with crunchy skin. Be prepared to get your hands dirty when you are tackling the spicy ones as they are very generous with their sauce. 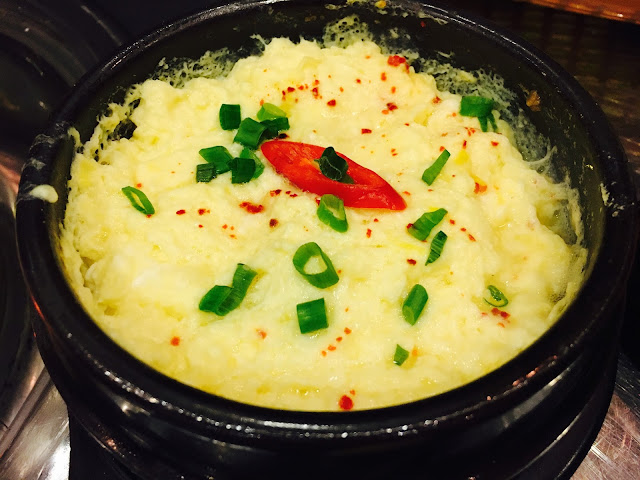 Steam Egg is known as gyeranjjim in Korean and it is a popular and simple Korean dish that is easy to make and enjoyed by all. 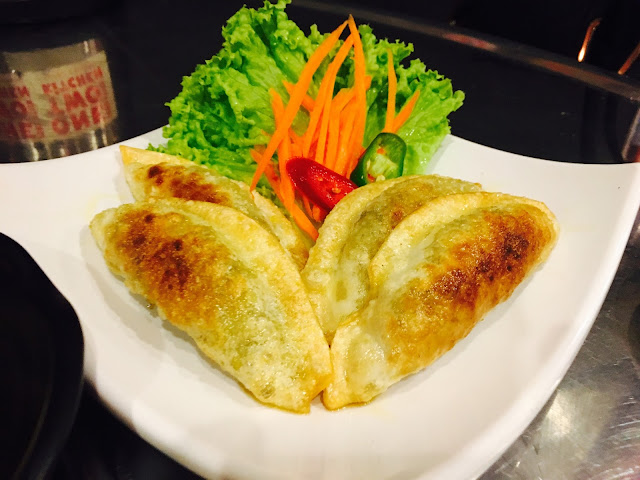 This is the Korean version of Dumpling, which is called mandu in Korean. Using the same filling of pork and vegetables as those found in Japanese gyoza, the dumplings are then fried till golden. 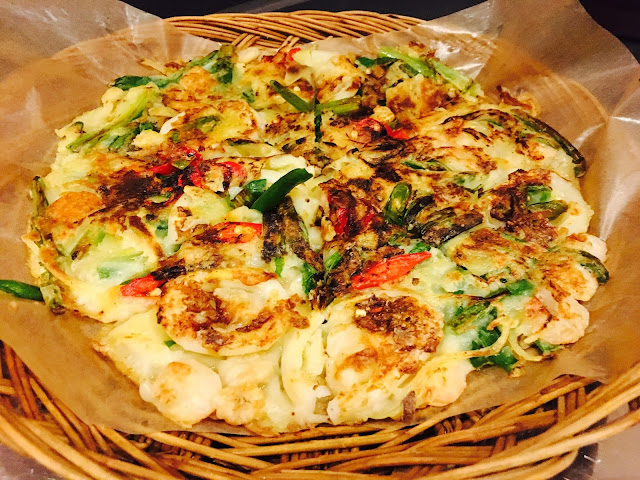 This is the Korean version of pizza, known here simply as Seafood Pancake. It is called haemul pajeon in Korean and it is a widely loved snack in Korea. The flavorful batter is combined with seafood and green onions and baked. I find it a little too floury, but that may be from the lack of makgeolli (Korean rice wine) and soju. 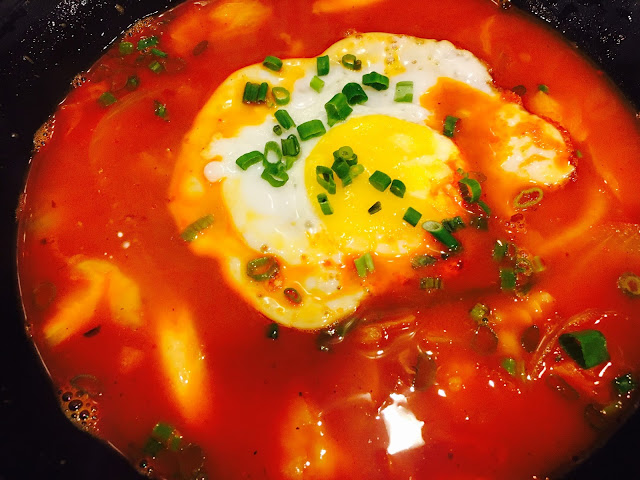 If you want something with a kick, you will like the Seafood Tofu Soup with its abundance of seafood and the spicy soup served with a sunny-side-up. 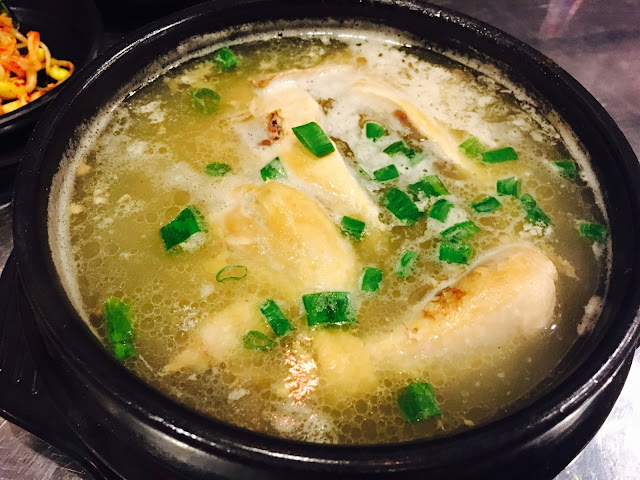 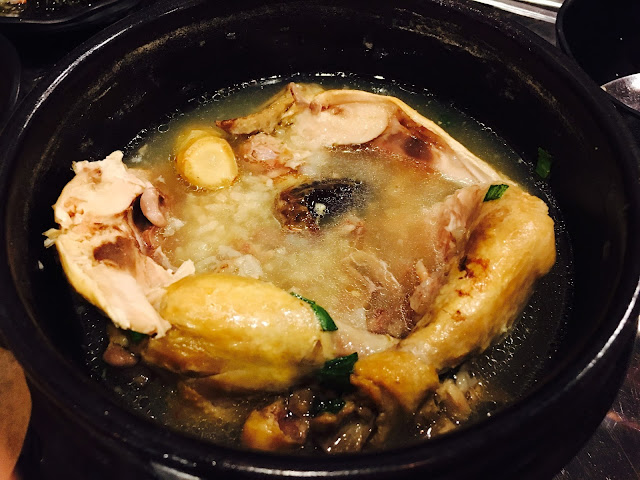 This is the Korean Ginseng Chicken Soup that we have been craving for and this is definitely the best samgyetang I have had so far. It is a far cry from the tasteless one I had at Kimchi Korean Restaurant. A whole young chicken is stuffed with glutinous rice, spices and ginseng which is then cooked for more than three hours in a high-pressure cooker. The soup is fragrant and rich and the chicken meat is tender. You will probably be able to find a few pieces of ginseng but they will be all mushy after the long hours of cooking. 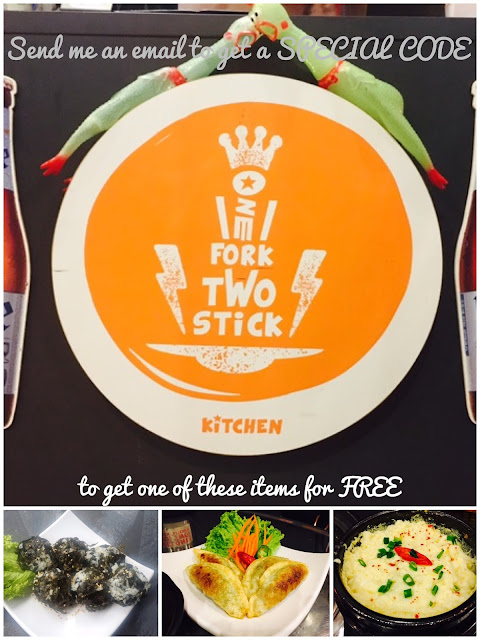 One Fork Two Stick Kitchen is offering a special promotion exclusively for Hungry Ghost readers. Send me an email (hungryghost27072014@gmail.com) to receive a special code from me to enjoy one of the three dishes (Rice Balls / Dumplings / Steam Egg) for FREE on your next visit. Hurry up, this promotion is only valid until February 2017!