Skip to the content
PasarBella is derived from the Malay word “Pasar” which means “marketplace” and “Bella” which means “beautiful” in Italian. Inspired by the quirky and rustic interior of Covent Garden in London and the rich aromatic scents of fresh organic produce in Melbourne’s Queen Victoria Market, PasarBella is a marketplace where traders of all kinds congregate to offer a marketplace experience like no other.
I have been wanting to check out this delightful place ever since I have learned of its existence a few years ago, but The Grandstand at Turf City is really out of the way for folks like me who do not drive, so I have been putting it off.
PasarBella has just opened a new outlet at the newly-renovated Suntec City and I am really excited to check out all the awesome foods. In fact, I am so in love with the idea that I am dedicating 2 month worth of post to PasarBella.
After all the heavy stuff at Wolf Burgers, Grillo and Pita & Olives Mediterranean Cuisine, let’s head over to An An Vietnamese Street Kitchen for some healthy Vietnamese food. 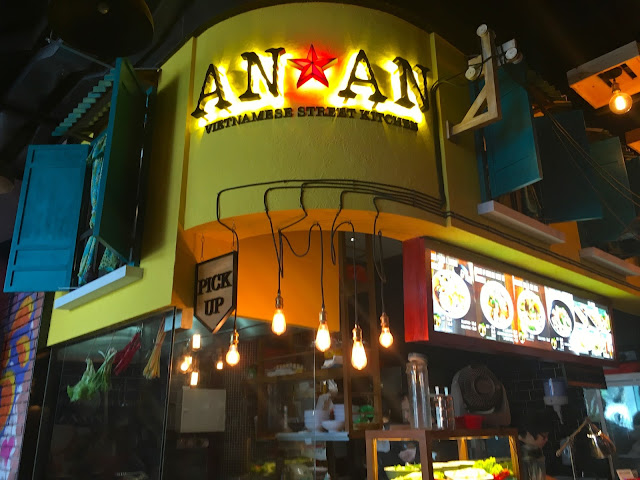 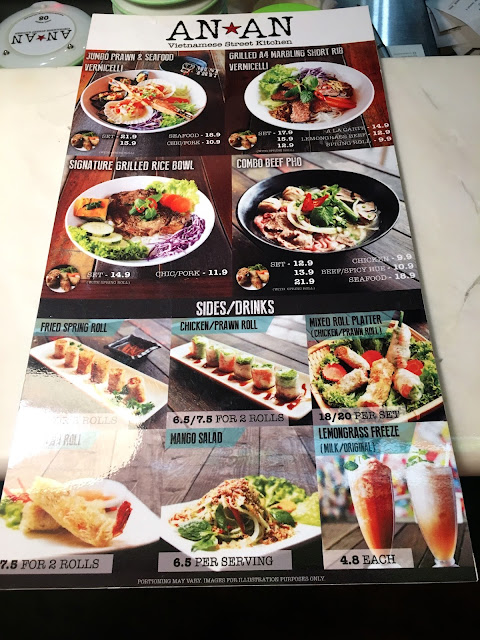 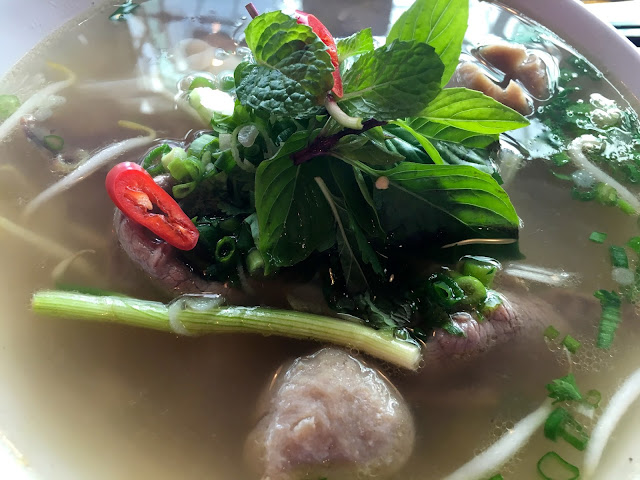 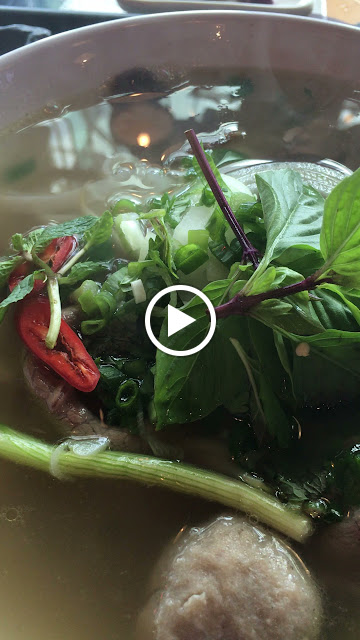 Pho is a popular Vietnamese street food consisting of broth, rice noodles called banh poh and a choice of either beef or chicken. Combo Beef Pho is an assortment of beef balls, beef brisket and sliced beef. The broth lacks the depth of flavour when compared with NamNam Noodle Bar (Suntec City), but the thinly-sliced beef brisket is tender with a nice bite to it. 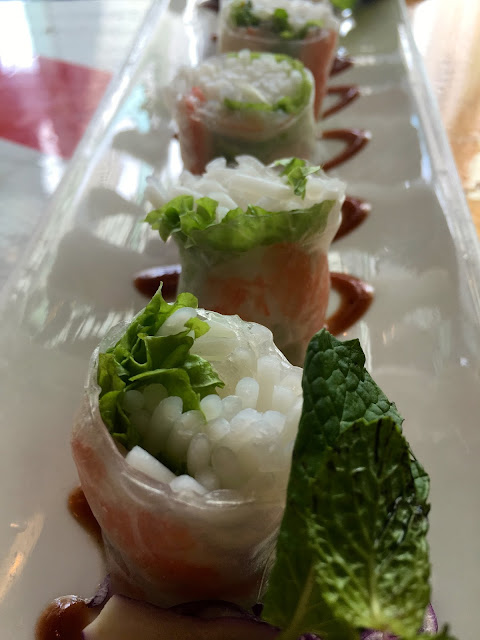 Goi Cuon, which is also known as Vietnamese spring roll, is a refreshing appetizer that is gaining popularity around the world. There is a wide variety and Prawn Roll is one of them. Fresh pinkish prawns are sliced and paired with fresh vegetables, bun (rice vermicelli), all wrapped up in Vietnamese banh trang (rice paper). Having it with the accompanying An An speciality peanut sauce and the humble spring roll instantly transforms into a snack that you just can’t stop eating.
PasarBella (Suntec City)
Address: 3 Temasek Boulevard, Suntec City North Wing #01-445
Opening Hours: Daily 10 am – 10 pm