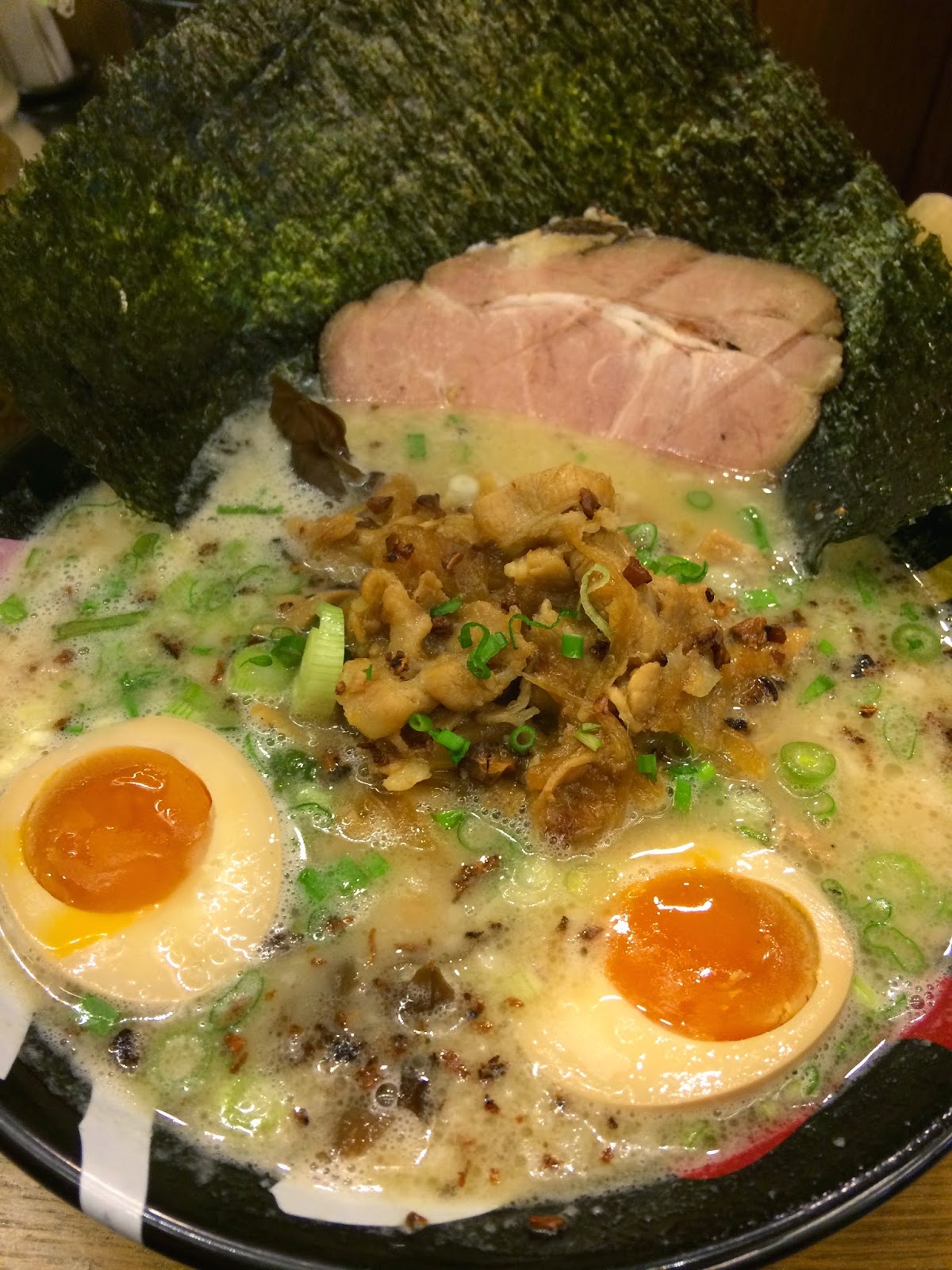 The ramen here are themed after the the four seasons “Spring”, “Summer”, “Autumn”, Winter” and “King” which I believe is a combination of all. Since I only have stomach for one bowl of ramen, I decided to go with the best and chose “King”. The tonkotsu broth is thicker than normal because it was cooked for 11 hours instead of the normal 8 hours. The result is a broth so rich and creamy I drank every last drop of it. Stir fried pork is well-marinated and gives diversity in taste to the ramen.
Now I can finally understand why Raen Keisuke Tonkotsu King Four Season is the most popular of of the six Keisuke outlets. 11-hours tonkotsu broth is definitely enough reason for me to  come back at least four more times to try out the other “Spring”, “Summer”, “Autumn” and “Winter” ramens.