Skip to the content
French cuisine is no longer food of the rich. Following Saveur’s introduction of casual French dining, French restaurants have been popping up all around in Singapore like wild mushroom. Rida La Cuisine is one  such restaurant.
My doctor have been there a couple of times and she liked the food, so she decided to bring us there. 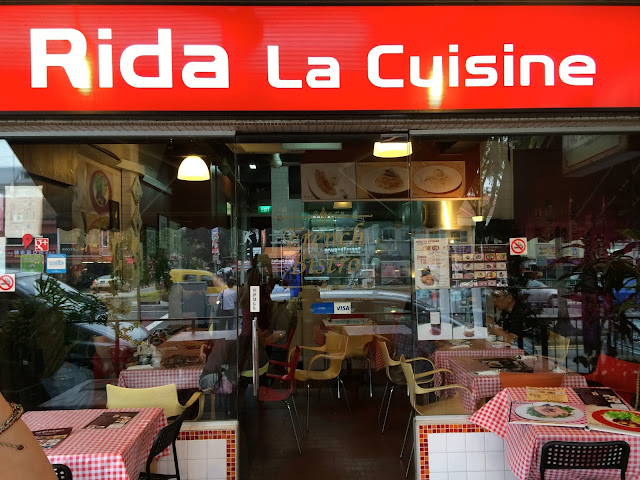 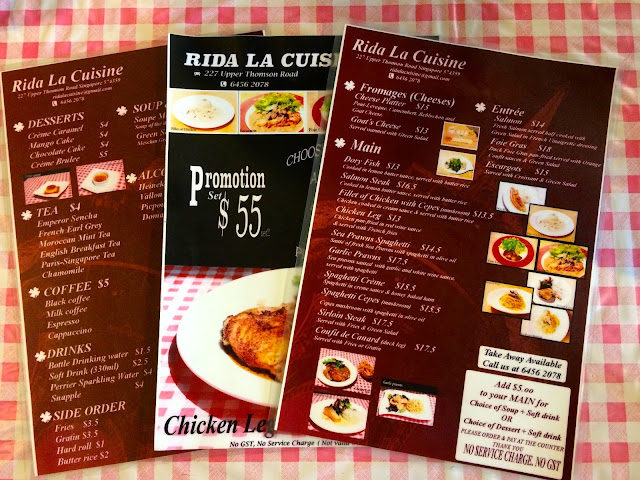 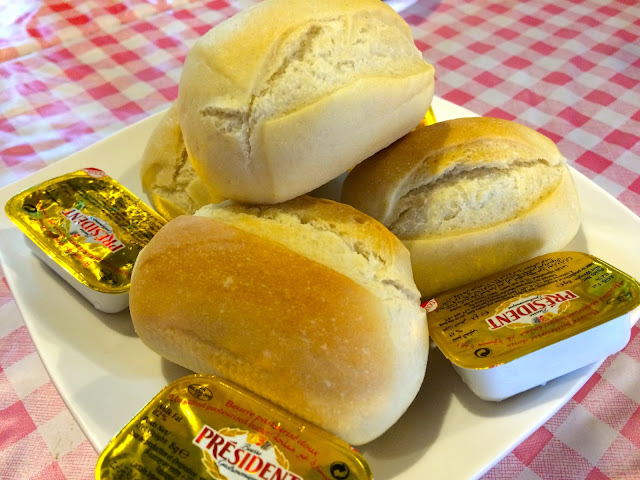 Warm freshly-baked buns to whet your appetite before the actual meal. Eat it with the butter provided for an extra dose of richness. 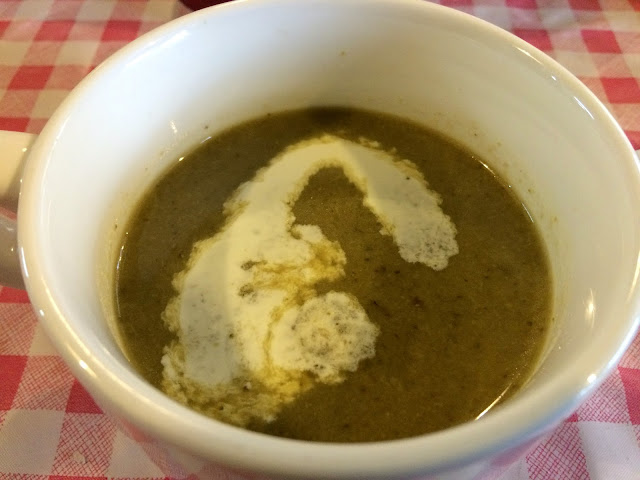 “Soupe Maison” means “soup of the day” in French and there was Broccoli and French Onion. I wanted to try something different, so I ordered Broccoli. It tastes of … broccoli. The cream added gives the soup a richer texture. 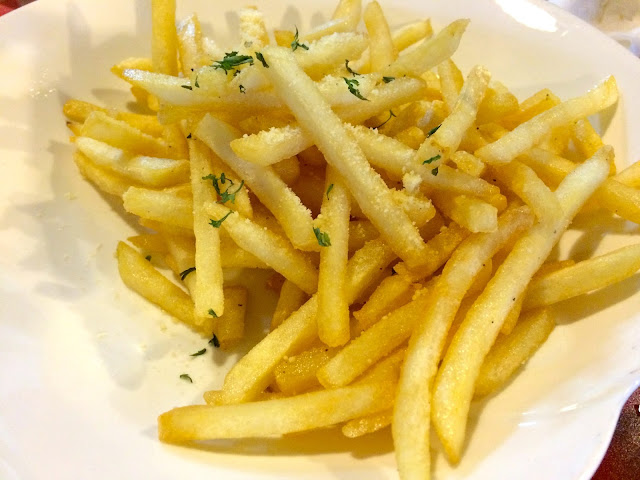 My colleague’s face lit up when she spotted Truffle Fries on the menu so we ordered one to share. I am not impressed I can’t really taste the truffle oil but my colleague was enjoying it so much that she couldn’t stop eating. I personally feel that Everything With Fries serves one of the best truffle fries. 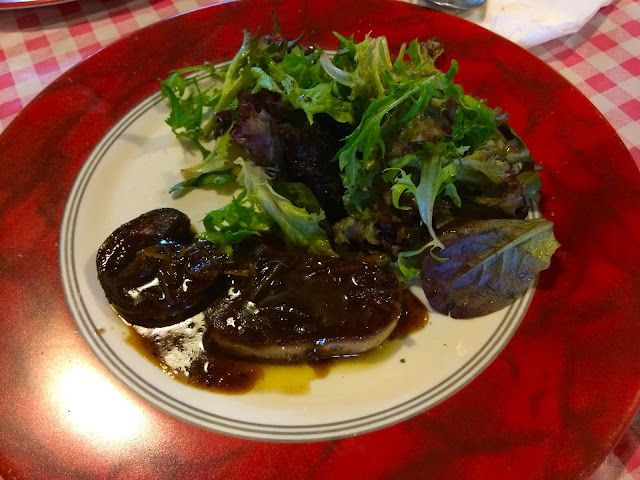 Foie Gras is one of the most well-known dish in the French cuisine and they do it so well here. It is pan seared till crispy on the outside and melt-in-your-mouth soft on the inside. It is served with orange confit sauce, the slightly sweet sauce does an excellent job of removing the gamey taste. 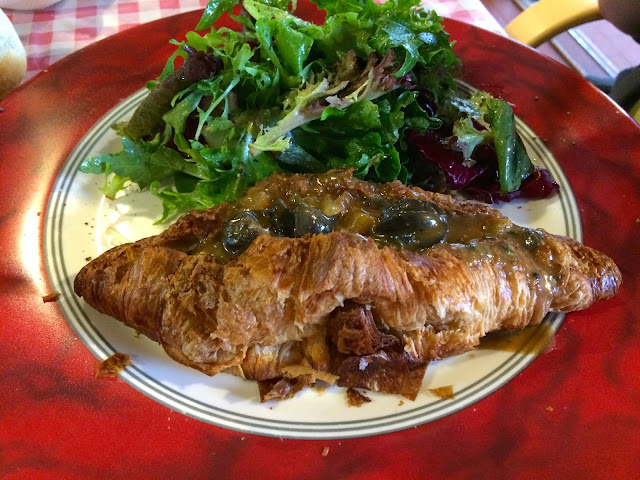 This is actually my first try of Escargots. I have always seen the French snails served on trays with round pits, the snails  still in their shells, so I was rather surprised at this presentation where the snail meat is served in a croissant. I have always imagined French snail to have a little more bite and springy texture, but the snails in this dish are so shriveled I don’t taste anything. They are so tiny, I have a hard time finding them among the croissant and salad. 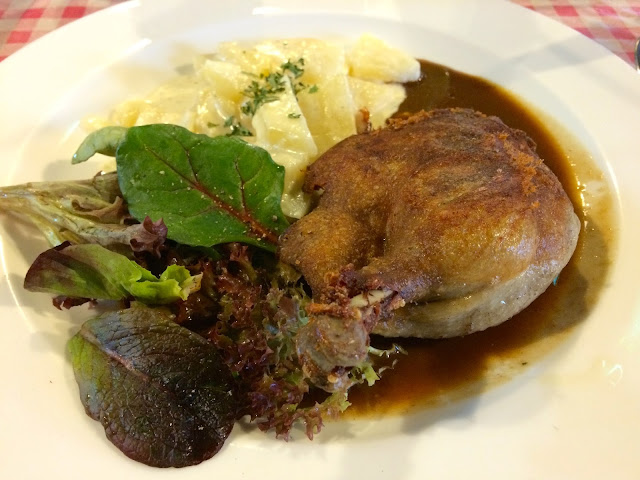 This is definitely the best Confit de Canard I have had so far. According to Chef Alex, the duck leg has been braised in a special blend of spices for over 10 hours before it is grilled over high heat. The result is crispy skin and meat so tender they fall off the bone. The duck leg is cooked in its own fat so it is not at all oily and the marination has done a terrific job of removing the gamey taste. 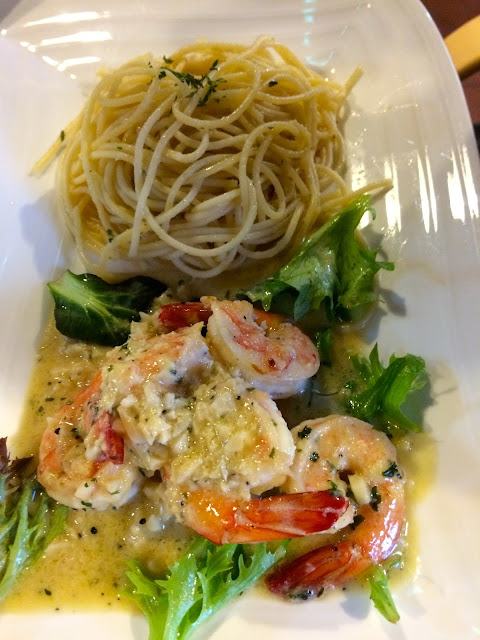 For those of you who do not eat duck, you can opt for pasta dishes such as Garlic Prawns. Big succulent prawns are cooked in a lip-smacking garlic gravy, accompanied by aldente agio olio pasta. 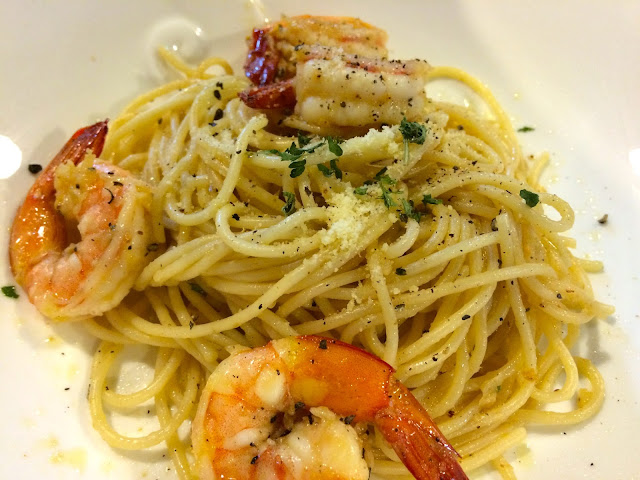 If you are up for something a little more exotic, go for Sea Prawns Spaghetti. Personally, I don’t taste the difference between sea prawns and the frozen prawns used in Garlic Prawns. 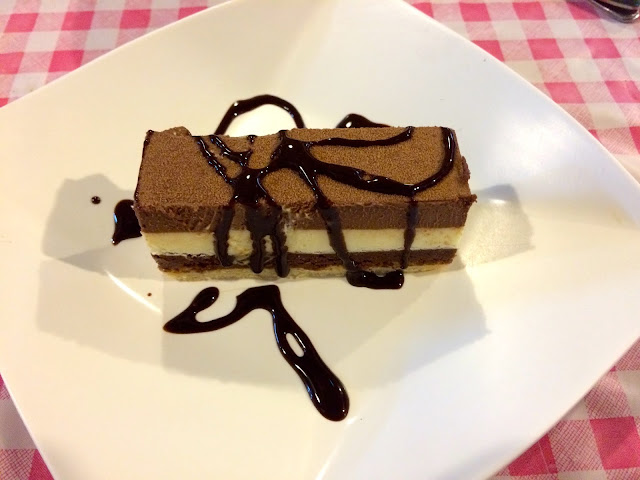 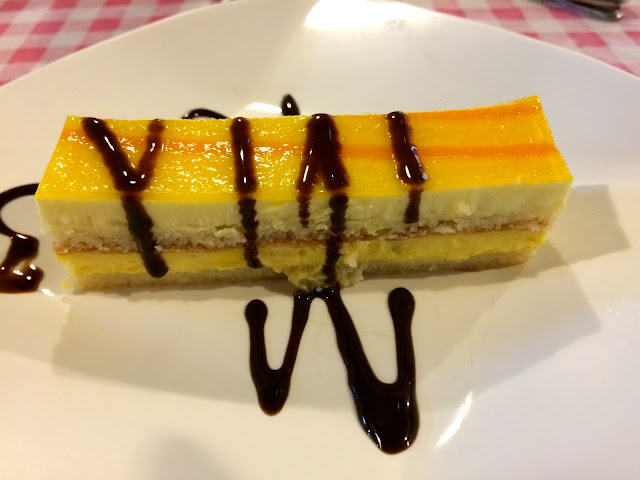 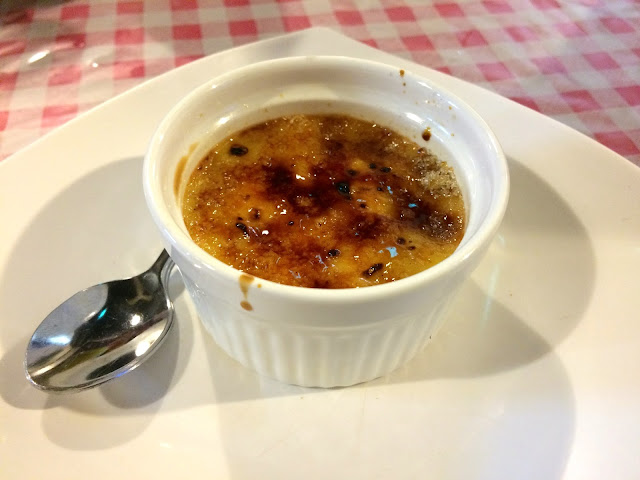 We went crazy over desserts and ordered Chocolate Cake, Mango Cake and Creme Brûlée. The portions are quite small so there is no worry about not being able to finish. There’s nothing special about the cakes, but the Creme Brûlée is very well done. Under the layer of crystalised caramel is a custard base that is just perfect.
The food is generally all right but what attracts me most about this restaurant is its cosy setting (there are only about 10 tables), the unpretentiousness of the place and the fact that there is No Service Charge. If you want something similar but does not want to travel all the way to Upper Thomson, there is The French Table located at West Coast Plaza (previously known as Ginza Plaza).
Rida La Cuisine
Address: 227 Upper Thomson Road
Telephone: 64562078
Opening Hours: 11.30am – 2.30pm; 5.30pm – 11.30pm