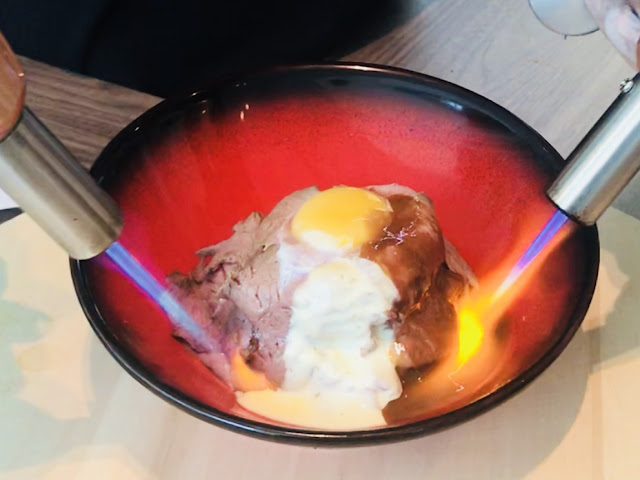 It gets particularly busy during lunch and dinner, especially with the Introductory Promotion. Let me tell you all about it. 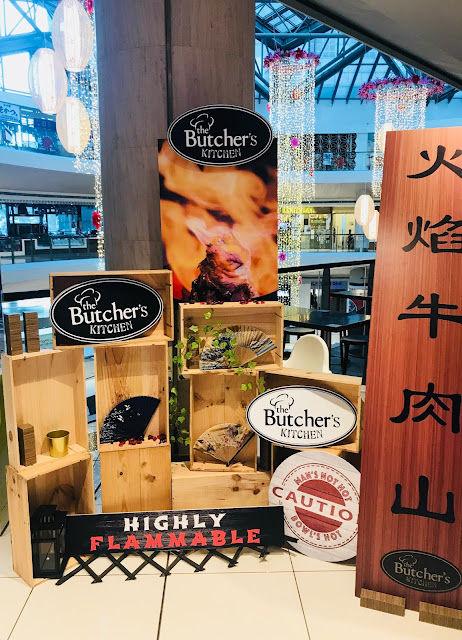 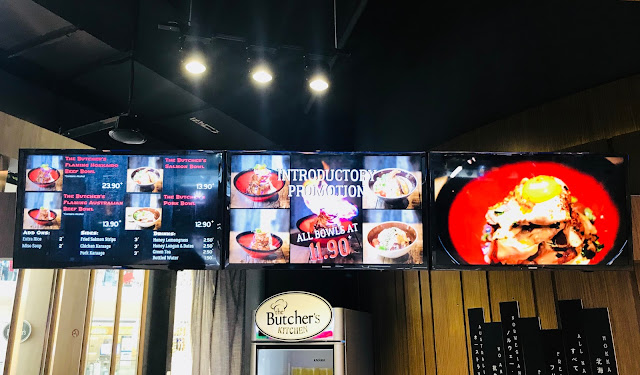 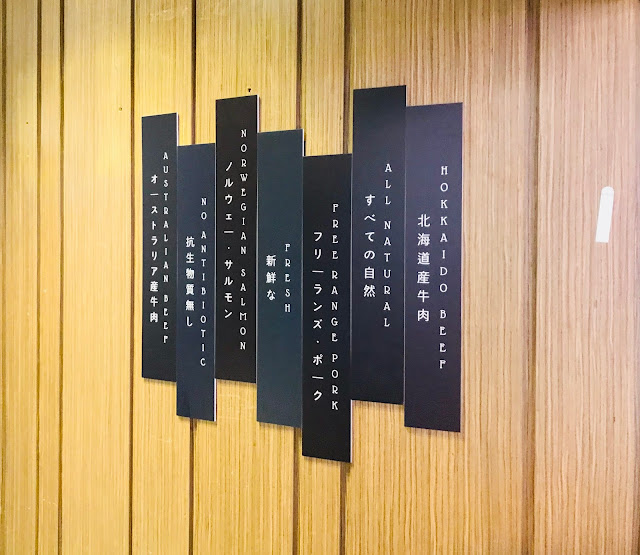 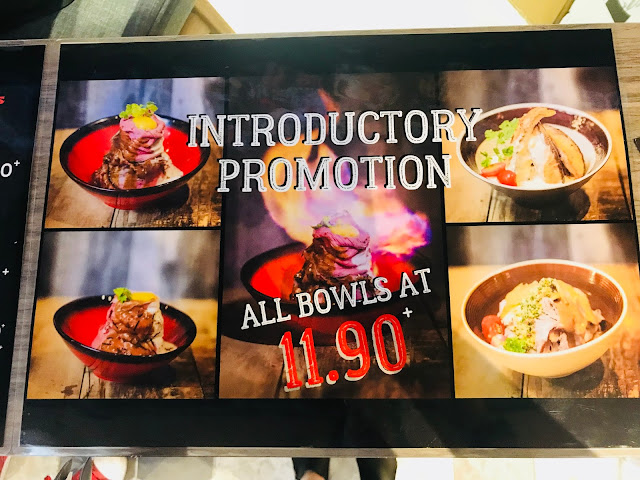 The Butcher’s Kitchen Express is currently having an Introductory Promotion where all 4 items are $11.90+ each ($12.74 after GST). This promotion will last till 14 February 2018 so do come down and enjoy the promotion while it lasts. During the few items I was there, The Butcher’s Flaming Australian Beef Bowl is not available. Perhaps it will only be available after the promotion? Anyone who has managed to try it please tell me how it fares compared to The Butcher’s Flaming Hokkaido Beef Bowl in the comments below. 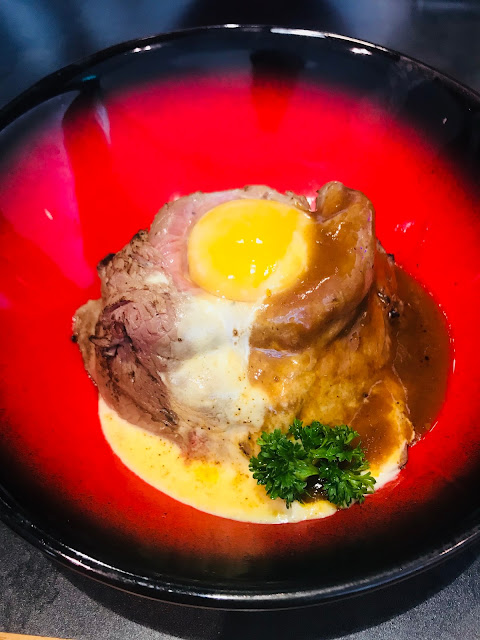 The Butcher’s Flaming Hokkaido Beef Bowl [$23.90+] is the signature and it is not difficult to understand why. Thin slices of Hokkaido beef are layered on top of Japanese rice mixed with furikake. The beef is flamed in front of your eyes when you collect your food at the counter, the cinematic effects of the flaming adds makes the bowl all the more appealing. I find the furikake mixed rice too salty, but the tender beef slices more than make up for it. 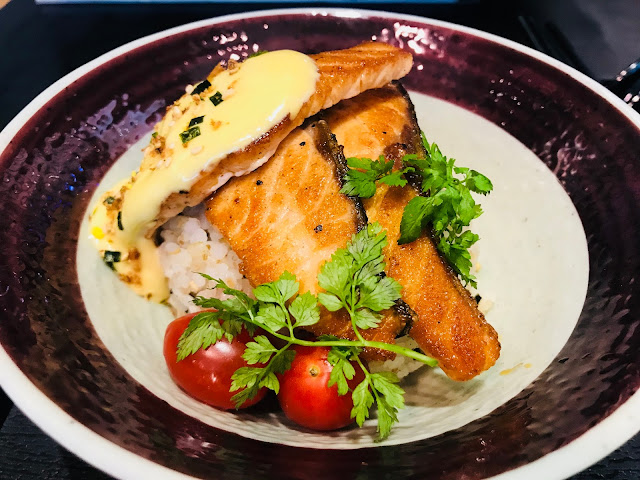 I was really expecting The Butcher’s Salmon Bowl [$13.90] to have sliced salmon layered on top of Japanese rice infused with furikake. Instead, I get three miserable pieces of pan-fried salmon, garnished with cherry tomatoes and parsley. 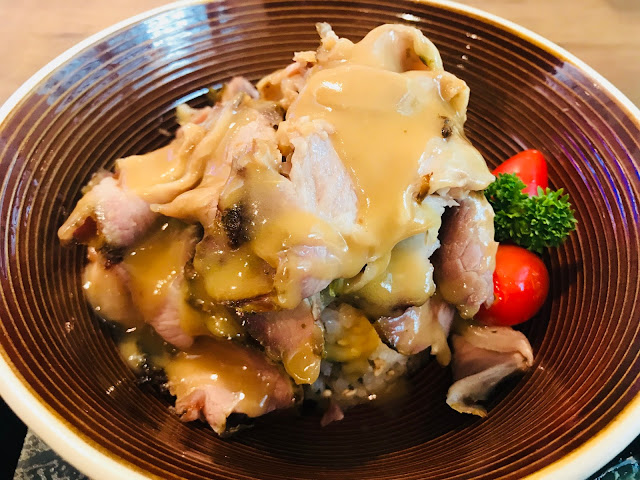 There is no flaming involved in The Butcher’s Pork Bowl [$12.90+] but the thin tender pieces of pork that pile on top of the furikake-infused rice is reason enough to get this bowl. I still feel that the rice is too salty but the accompany garlic sauce to dip the pork in is really good. 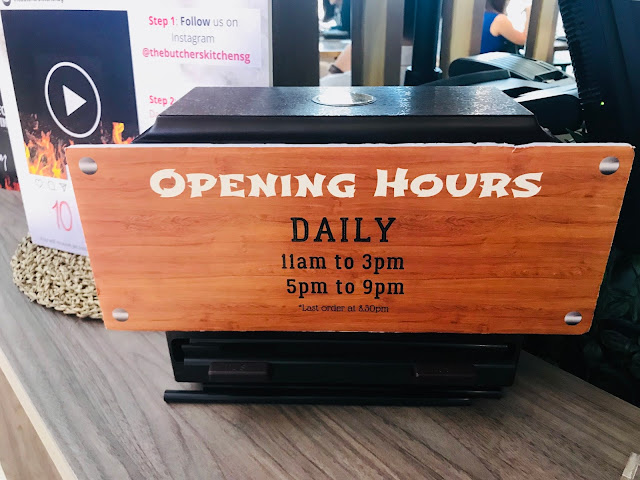 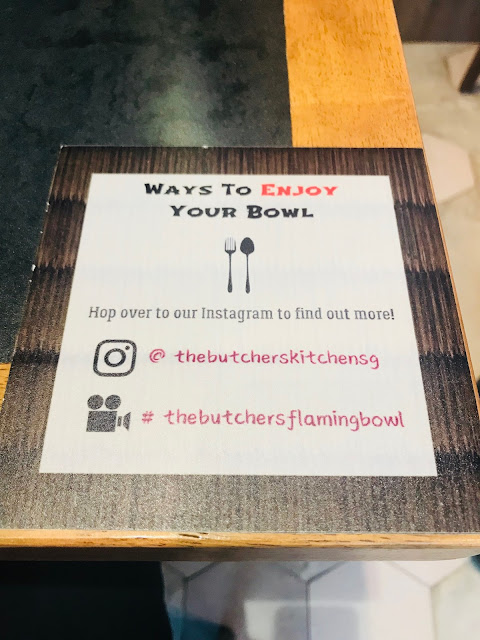 The Butcher’s Kitchen Express is a good option if you are looking for something quick and fuss-free. You might have to wait a bit during lunch peak hour, but service is generally fast.