Skip to the content
I have walked past Workshop Element (W.E.) Cafe many times but a nasty cold has robbed me of my sense of tasteso I had to put off trying it out. After a whole month of tasteless food, I have finally returned to the land of the living. Now, let’s try out that pretty little cafe! 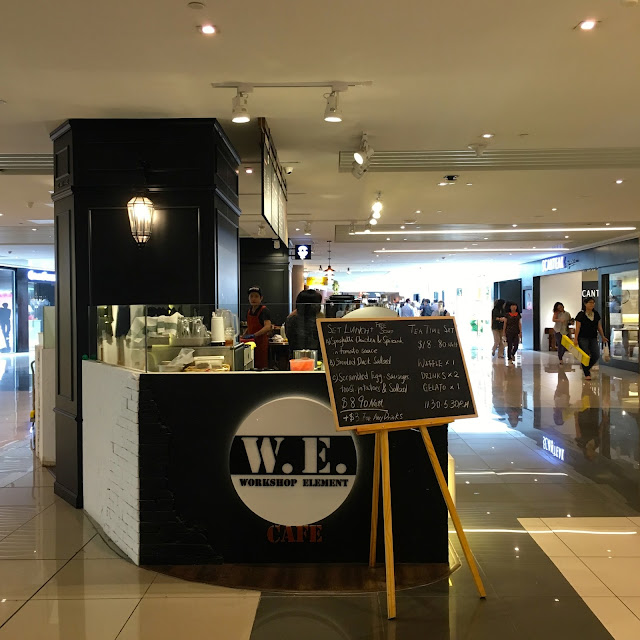 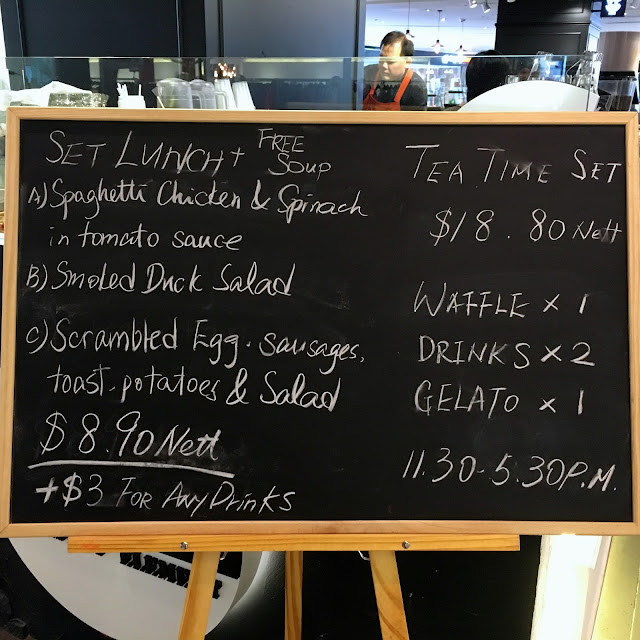 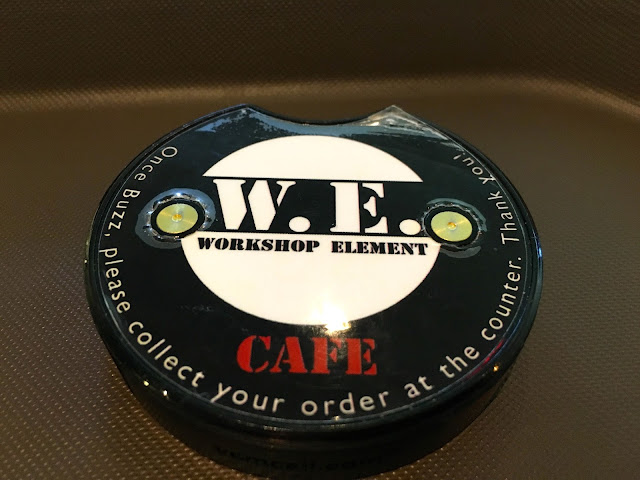 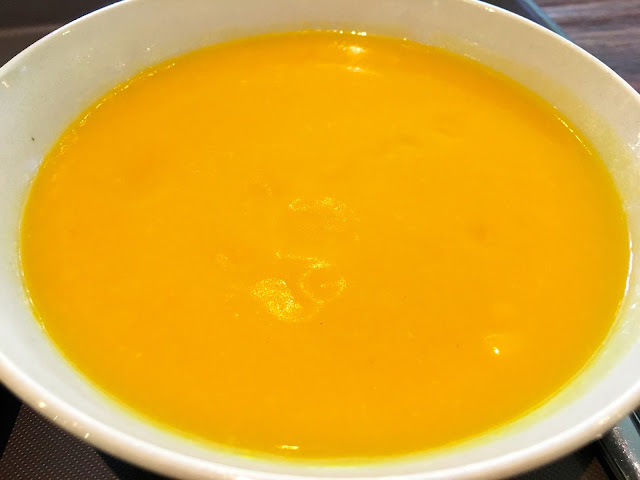 I had a really bad experience with pumpkin soup at The Soup Spoon so I was a little worried when I saw that the soup of the day is pumpkin soup, but my worries were unfound. The Pumpkin Soup was light and creamy, with the slight sweetness of pumpkin. It is delicious and a great starter that makes me look forward to the rest of my meal. 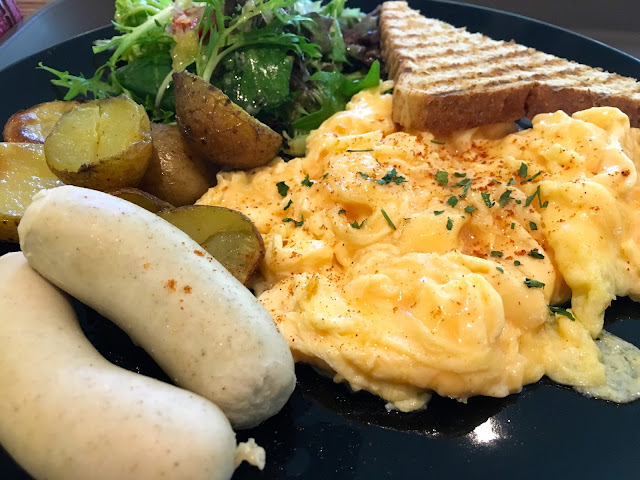 Scrambled Egg, Toast, Sausages, Potatoes & Salad is the simplified version of the American breakfast. The sausages, potatoes and salad are alright, but the scrambled eggs is definitely the highlight of the dish. I suspect there is some cheese in there because the eggs are not only soft and fluffy, it is a little more sticky than usual. It tastes absolute heavenly when you pile it on top of the toast. 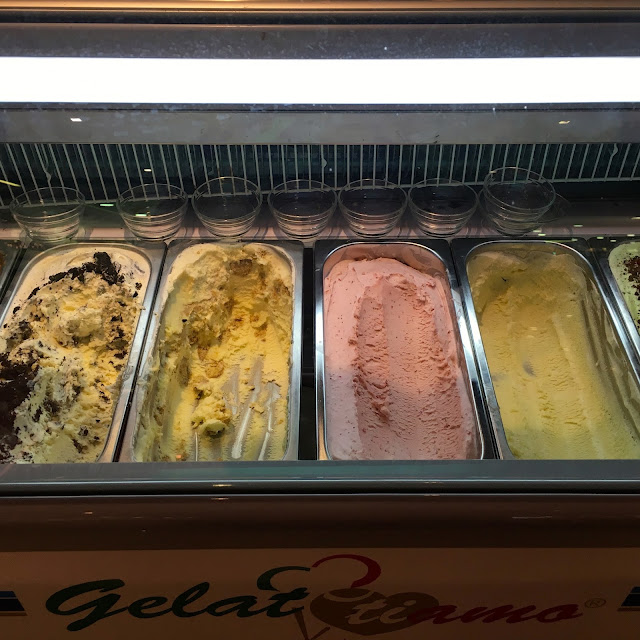 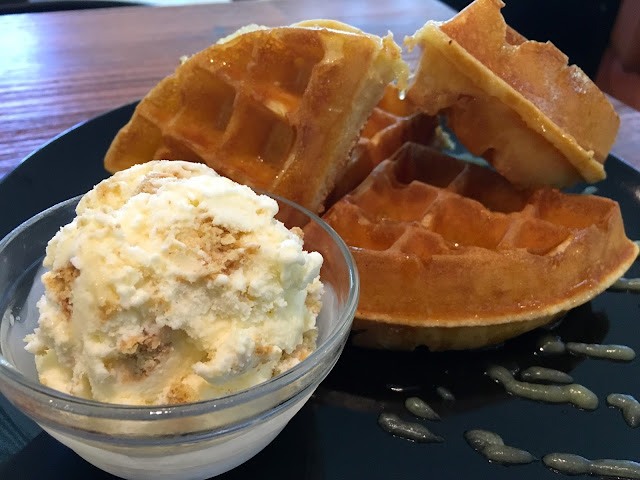 I simply could not resist the urge to try the waffles, so I ordered Waffles with W.E. Gelato (Single). I think the flavor I chose was cheesecake and it is absolutely divine when eaten together with the freshly-made waffles. I would have preferred the waffles be a little richer and creamier, but I can’t really complain because the hot waffles and icy-creamy ice-cream creates such an interesting contrast.
Workshop Element is a cafe, so don’t be expecting a full-fledged menu, but the limited food offerings are surprisingly tasty.
Workshop Element (W.E.) Cafe (Suntec City)
Address: 3 Temasek Boulevard, Suntec City Mall #02-441/442
Telephone: 68370287
Workshop Element (W.E.) Cafe (313@Somerset)
Address: 313 Orchard Road, 313@Somerset #03-01
Telephone: 66341434