Skip to the content
Wingstop is one of the fastest growing chicken wing restaurant chain in the United States and this popular American restaurant has taken Singapore by storm with 3 outlets at Bedok Mall, City Square Mall and Vivocity. The fourth outlet at Suntec City Mall started operation on 28th October 2016 with 12 exciting flavours to tantalize your taste buds.
Let’s go and find out it this chicken wing restaurant chain is really as good as everyone makes it out to be. 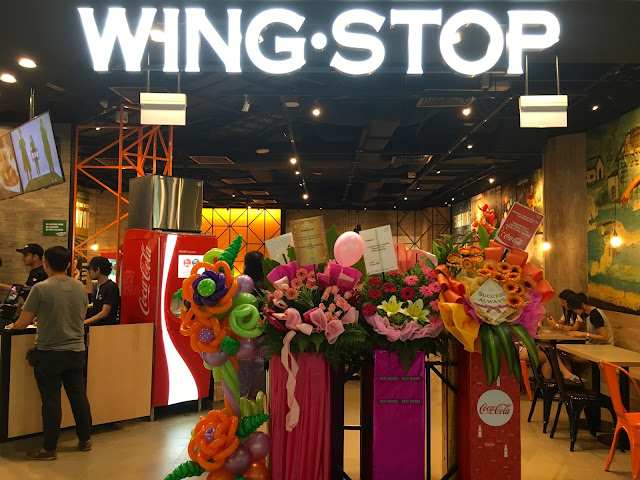 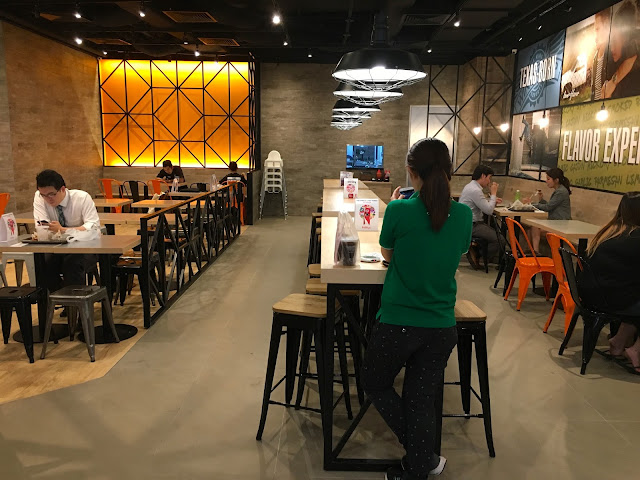 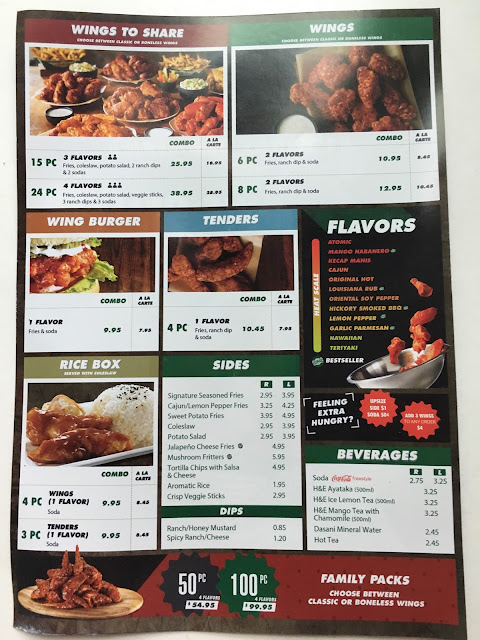 There are 12 flavours from the non-spicy Teriyaki and Hawaiian to the mild-spicy Garlic Parmesan, Lemon Pepper and Hickory Smoked BBQ. Spicy-lovers can look forward to flavours such as Oriental Soy Pepper, Louisiana Rub and Original Hot to the mind-blowing Kecap Manis, Mango Habanero and Atomic. The wings come in three forms: Classic Wings, Boneless Wings or Tender. You can also have your wings in the form of Wing Burger or Rice Box. 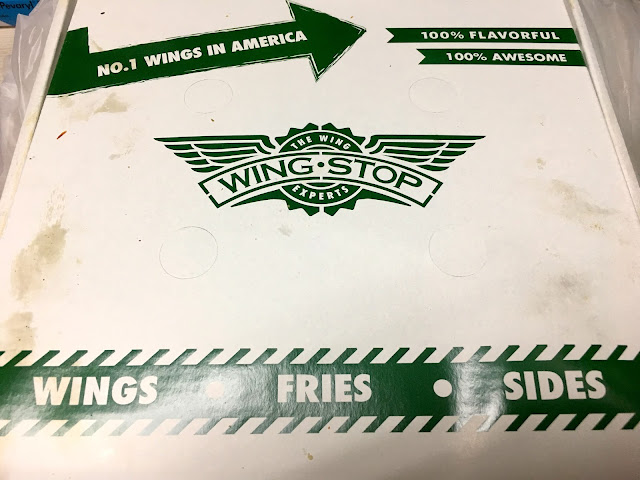 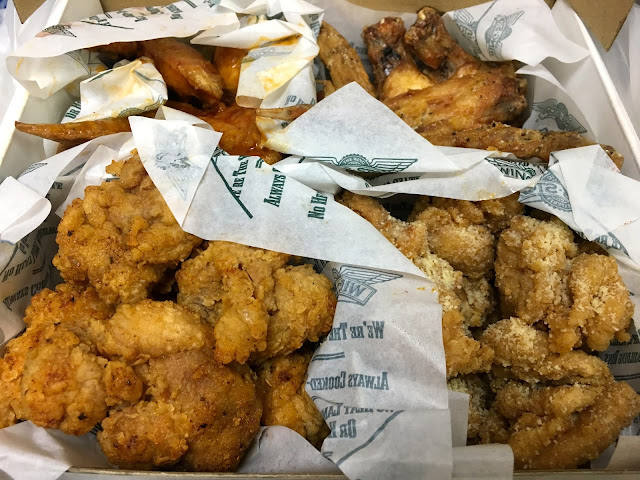 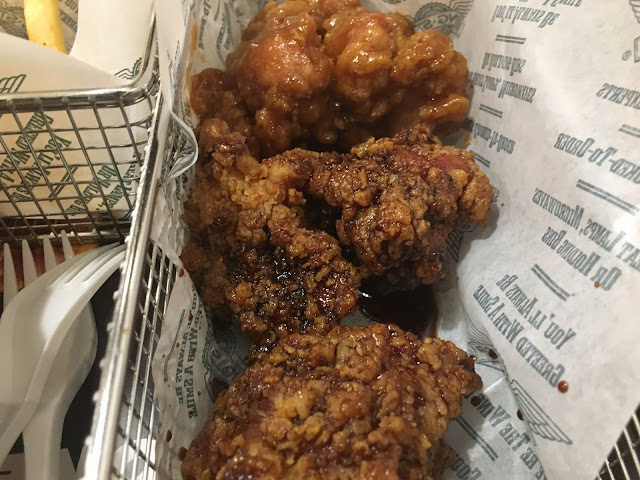 I had another 6 PC on another visit with the flavours Teriyaki and Hawaiian. Hawaiian tastes suspiciously like lemon chicken. 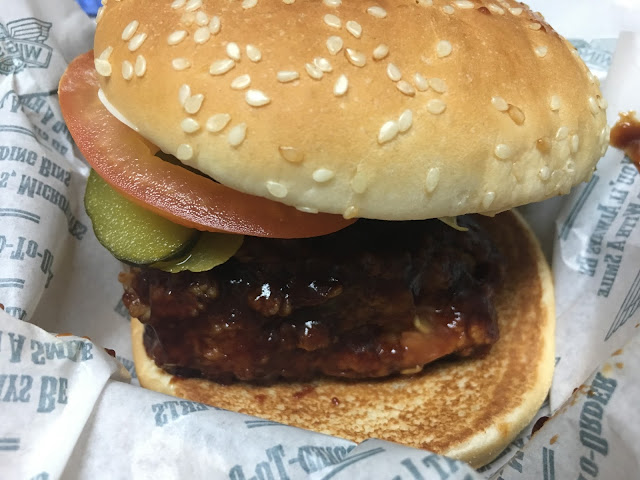 Wings Burger turned out to be really ordinary with a fried chicken filled (I opted for Hickory Smoked BBQ flavour) with pickles, tomato and cucumber, sandwiched between a burger bun. 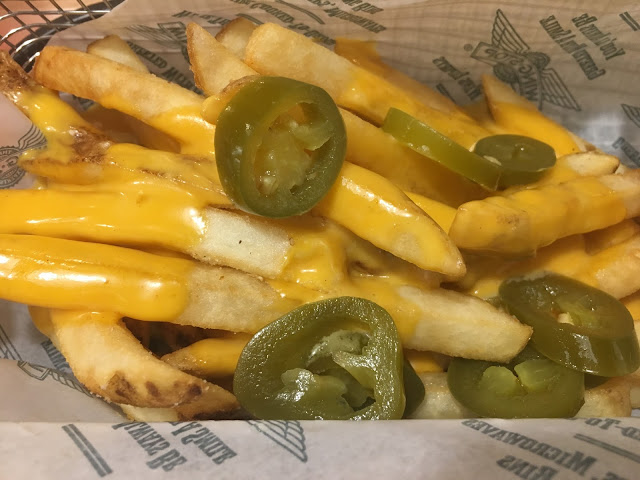 Jalapeño Cheese Fries sounded really good but it turned out to be a total let-down. It’s simply cheese fries with a few jalapeños on top. Eat it while it is hot. 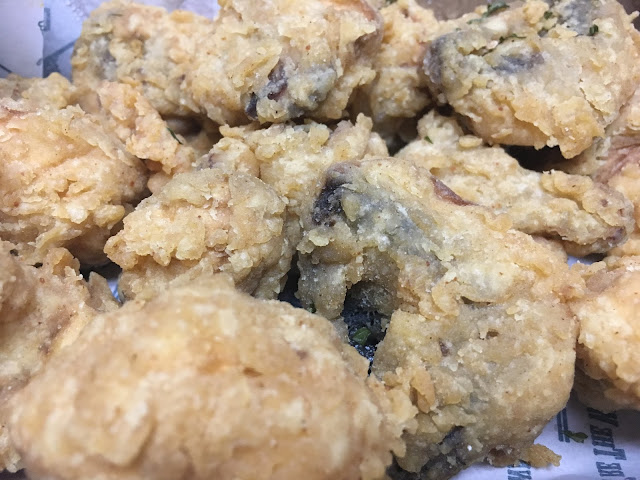 Mushroom Fritters was pretty awesome the first time because the salt brought out the sweetness of the mushrooms, but not so good on another visit (I suspect someone forgot to sprinkle the mushrooms with salt before battering and frying them). 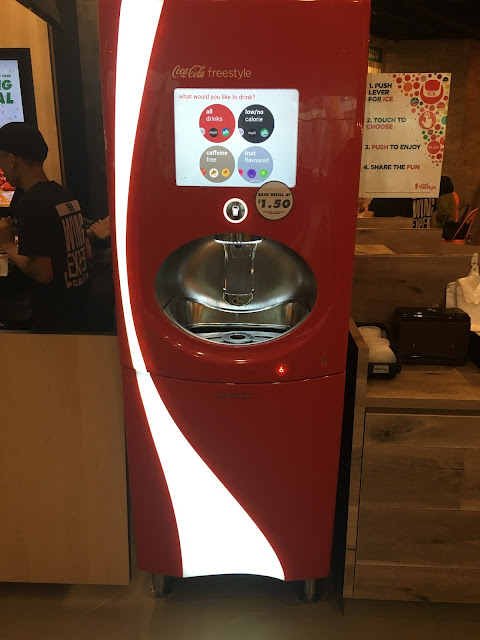 The drink dispenser has over 80 choices of soda for you to choose from, from Coca-Cola and Fanta to caffeine-free drinks and flavoured soda. I never knew Fanta had so many flavours. Strawberry Fanta, anyone?
I personally think that Wingstop is overhyped. The Classic Wings are rather dry while the Boneless Wings version is more tender and moist but not well-marinated. It lacks the crispiness of triple-fried of Korean fried chicken. The only reason I would go back to Wingstop is to try all the different flavours.
Wingstop uses Foodpanda to deliver your favourite wings to you wherever you are: https://www.foodpanda.sg/restaurant/s5dw/wingstop
Wingstop (Suntec City)
Address: 3 Temasek Boulevard, Suntec City Mall #B1-108
Wingstop (Bedok Mall)
Address: 311 New Upper Changi Road, Bedok Mall #B1-53
Wingstop (City Square Mall)
Address: 180 Kitchener Road, City Square Mall #B1-33/34/K15
Wingstop (Vivocity)
Address: 1 Harbourfront Walk, Vivocity #02-143