Skip to the content
Chabuton originated from Japan, helmed by the famous Chef Yasuji Morizumi who is named “King of Ramen” after he won in TV Champion and whose Hong Kong restaurant “MINT” is the first ramen restaurant to be awarded a Michelin star for two consecutive years. After successful expansion to Thailand and LA, Chabuton opened it’s Singapore flagship outlet at 313@Somserset. 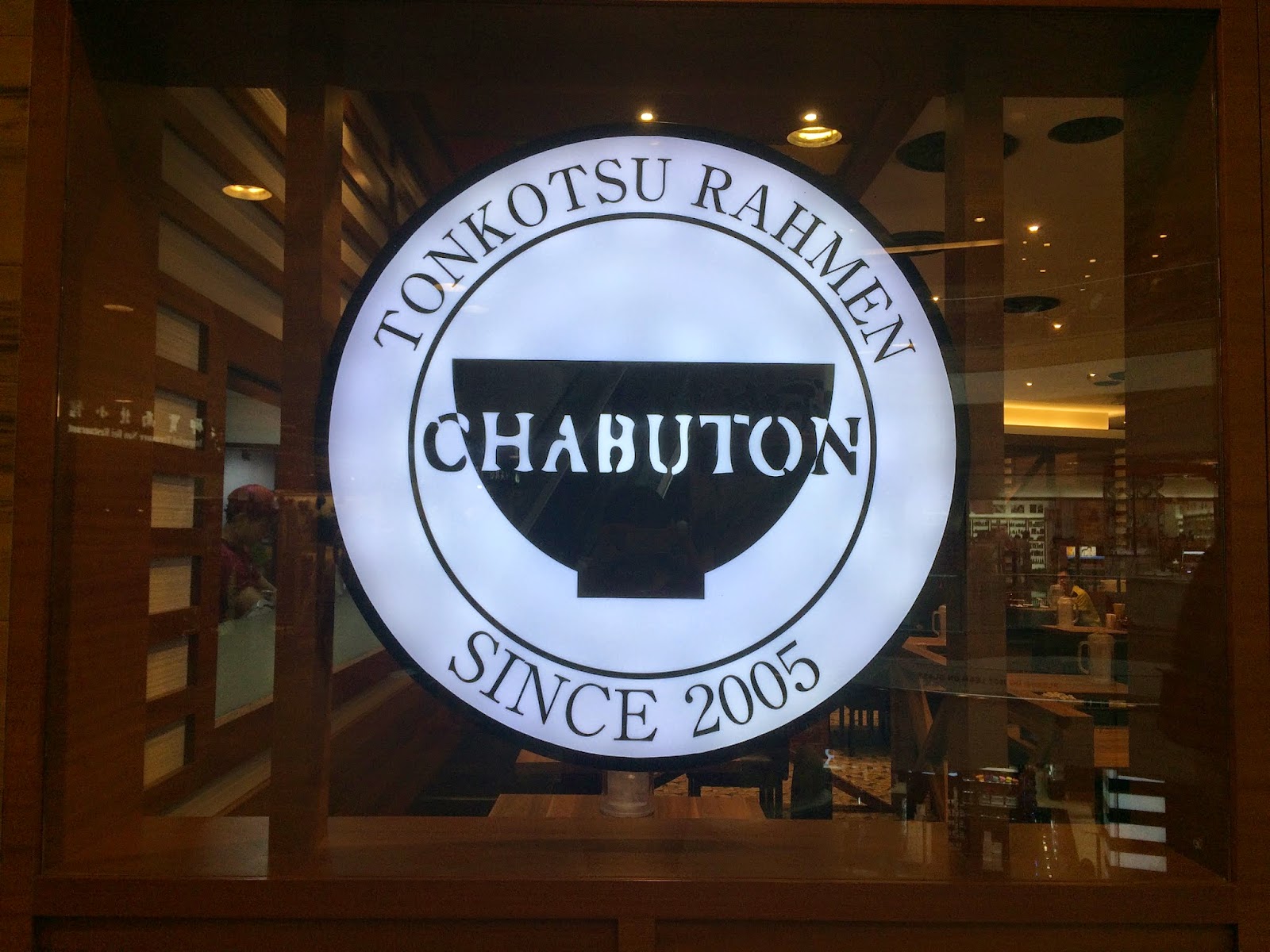 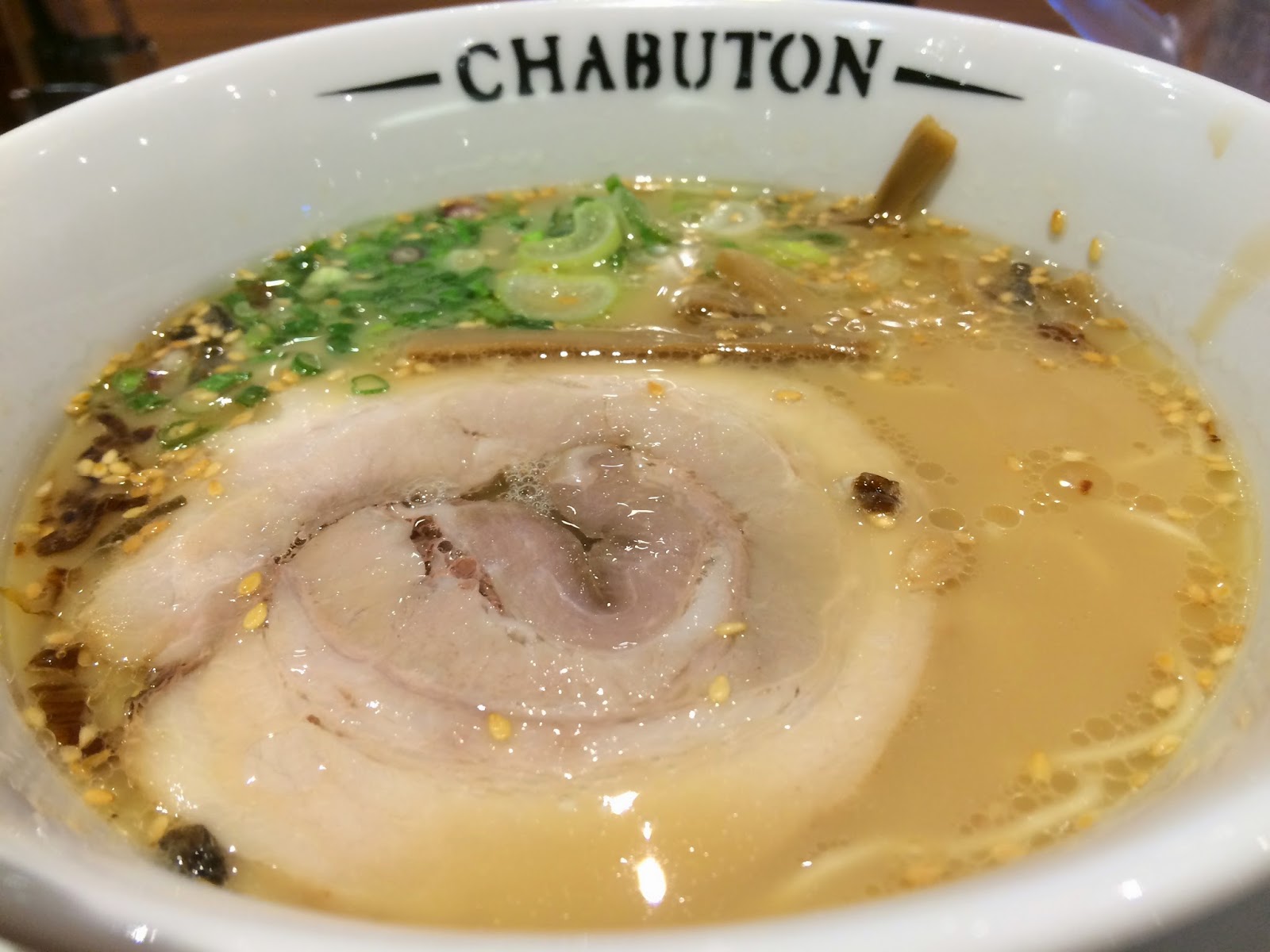 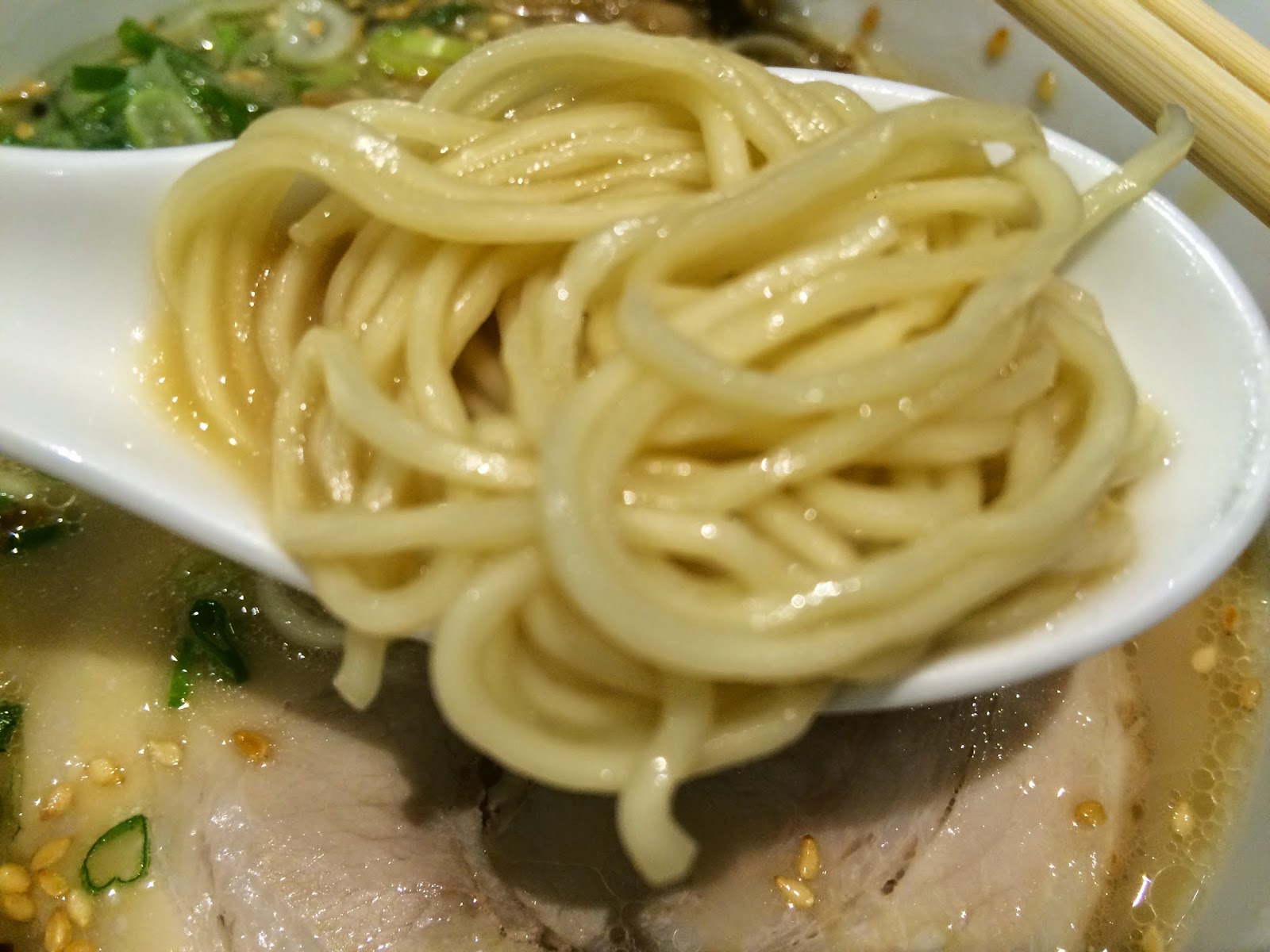 The signature Chabuton Tonkotsu Ramen features pork bone broth topped with chashu, bamboo shoot and Japanese leek. Thick and straight noodles are cooked al debte but the chashu is a little dry.
I have to say, I am a little disappointed. With such outstanding achievements, I expected a lot more from Chef Yasuji Morizumi, but the signature Chabuton Tonkotsu Ramen is average at best and my favourite tonkotsu ramen remains Ramen Keisuke Tonkotsu King.
Chef Yasuju Morizumi has created a ramen especially for Singapore, which is called The Kurobuta. It is has caused quite a stir and only available till end of March 2015. I am definitely going to try this special ramen and I only have a few days left to do so. There is nothing like a deadline to spike interest.
313@Somerset
Address: 313 Orchard Road, 313@Somerset B2-01
Telephone: 66368335
Opening Hours: Daily 11.30am – 10pm
Tampines One
Address: 10 Tampines Central 1, Tampines One #02-09/10
Telephone: 68540335
Opening Hours: Daily 11.30am – 10pm