Skip to the content
I  am ashamed to call myself a Singaporean. In all the 20 years of living in Singapore, I have never heard of the Geylang Serai Hari Raya Bazaar, until a friend tagged me in a Facebook post.
Geylang Serai lies of the heart of the extensive eastern suburb of Singapore where many Malays and Javanese lived. Geylang Serai HDB Scheme which was completed in 1964, included a market and concourse complex called Pasar Baru (New Market). In 1980, Ramadan hawkers came together in Dewan Kampong Ubi in what was advertised as “Once-a-year Bargain Market” (Pasar Murah Setahun Sekali), Tanjong Katong and Joo Chiat Complexes opened in 1983 and 1984 respectively. Together with the marketplace, creating a continuous Ramadan bazaar network. (Credits to Singapura Stories for the origins of the Geylang Serai Hari Raya Bazaar). 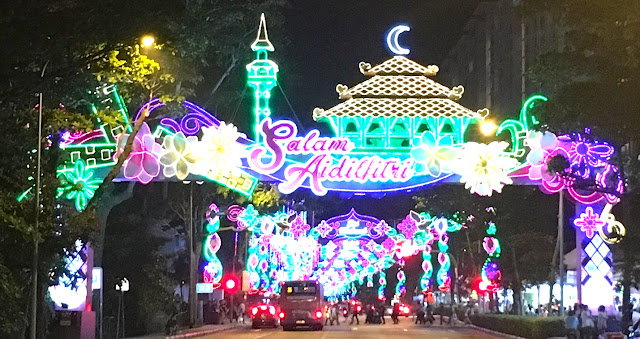 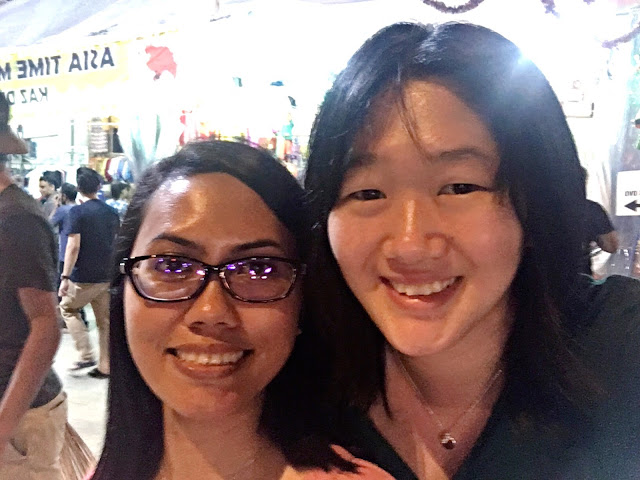 I have decided to visit the Geylang Serai Hari Raya Bazaar with my girlfriend, Mariem, to try out some of the exciting food offerings that can be only found in this bazaar. I’m going skip the usual Pasar Malam fare such as Ramly Burger and Turkish Kebab. 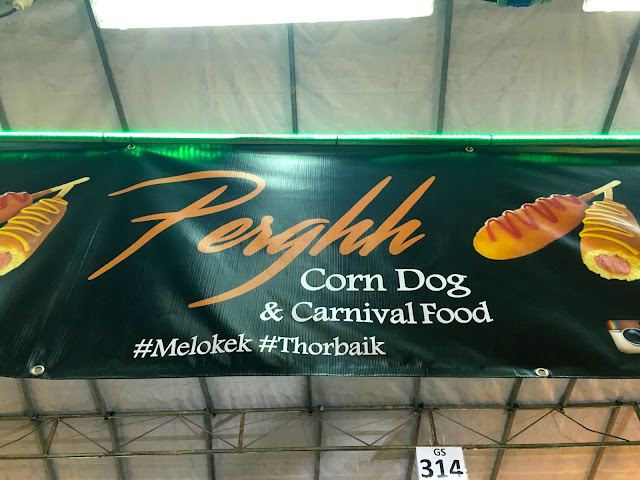 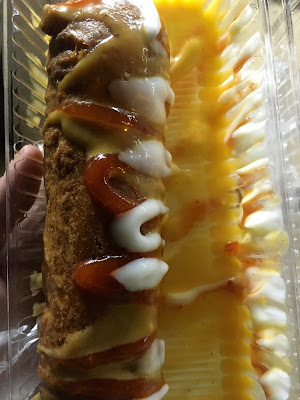 You will never view the humble corn dog again after you have had Perghh’s Corn Dog with Cheese. For those of you who are not familiar with the American snack, the corn dog is a sausage coated with a thick layer of cornmeal batter, usually served on a stick. In the Singapore version, the corn dogs are deep-fried and slathered with mayonnaise, chilli sauce, mustard and melted nachos cheese. One bite and a symphony of taste explode in your mouth. 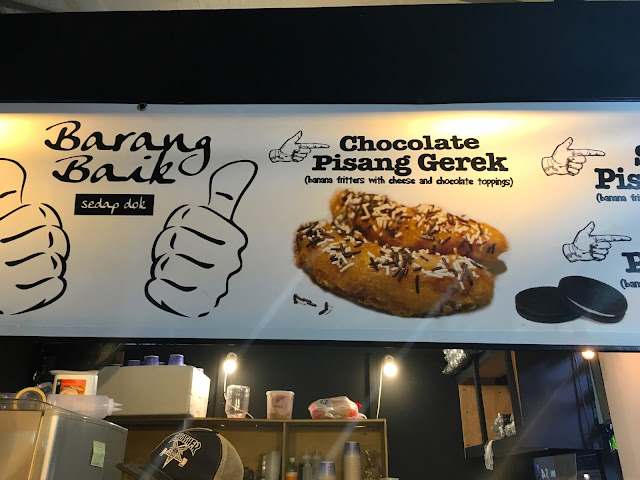 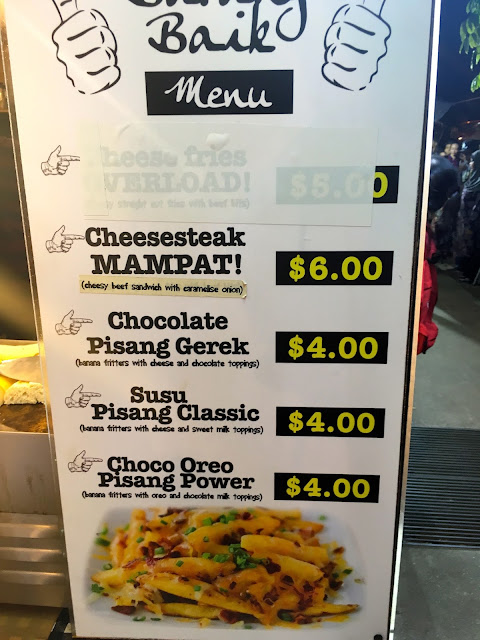 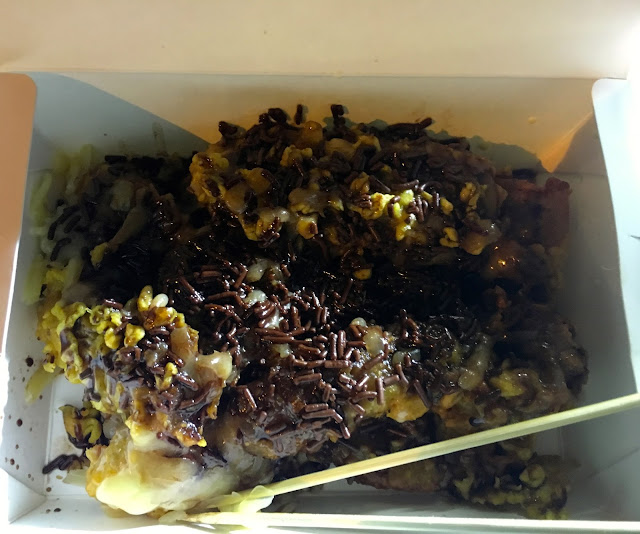 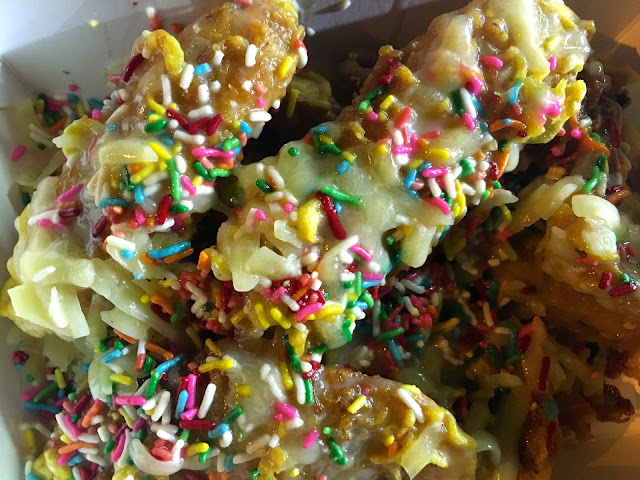 Barang Baik brings the humble Goreng Pisang (fried banana fritters) to another level where chocolate and cheese toppings are added in Chocolate Pisang Gerek while cheese and condensed milk is added in Susu Pisang Classic. 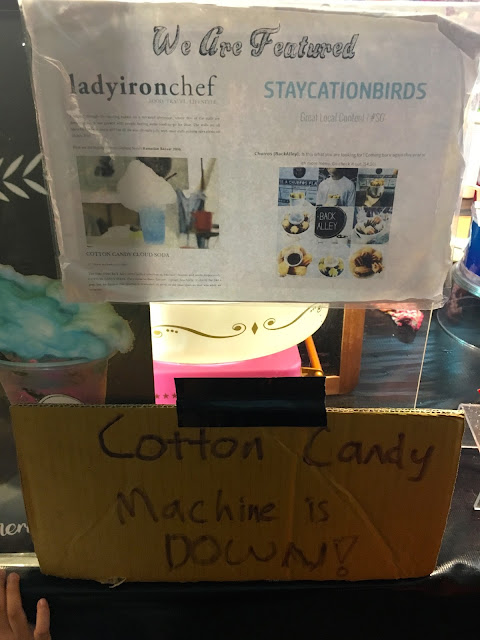 Cotton Candy Soda is simply topping your choice of soda with a cloud of cotton candy. It sounds normal, but I still wanted to try it. Alas, the cotton candy machine was down, so I gave up on that. 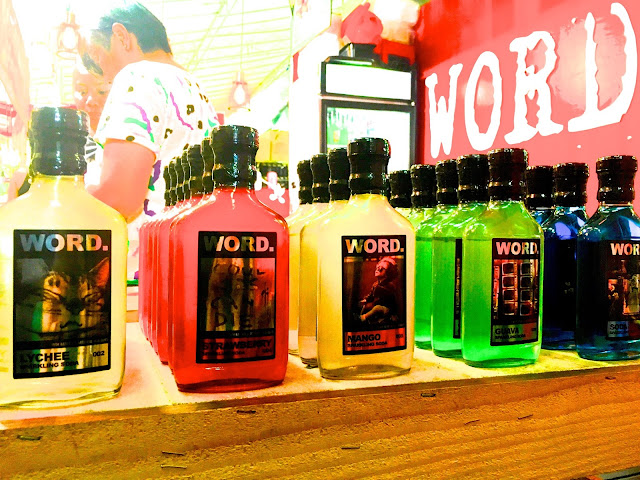 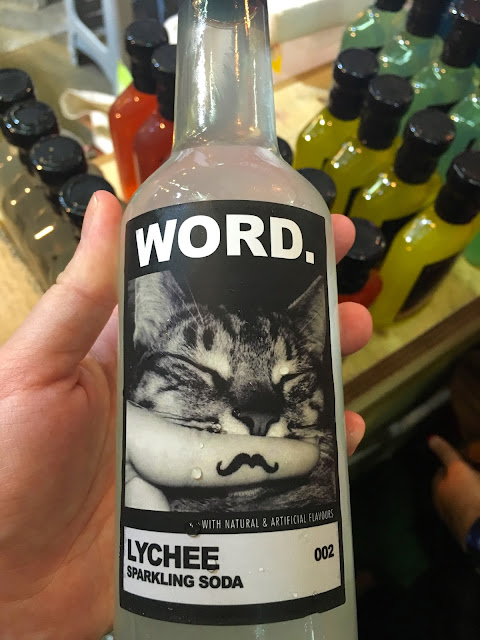 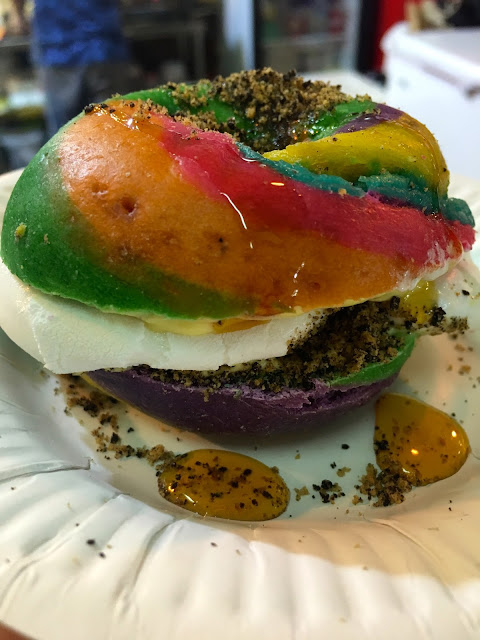 Word Cafe’s Rainbow Bagel is one of the highlights of this year’s bazaar. This is Singapore’s version of the Rainbow Bagel that went viral on social media some months ago. Strawberry cream cheese, confetti and marshmallow are sandwiched in a multicoloured bagel, served with cookie crumbles and maple syrup. It looks awesome and very Instagram-worthy, but the only thing I can taste is the bagel which tastes suspiciously uncooked. You can top-up $2 for a bottle of sparkling soda which is surprisingly not too sweet. 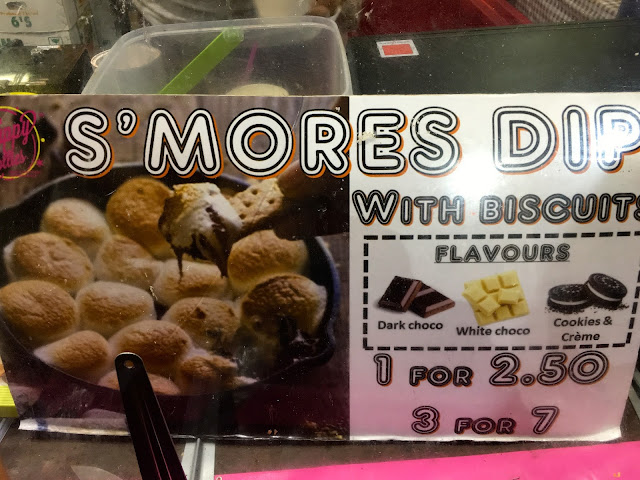 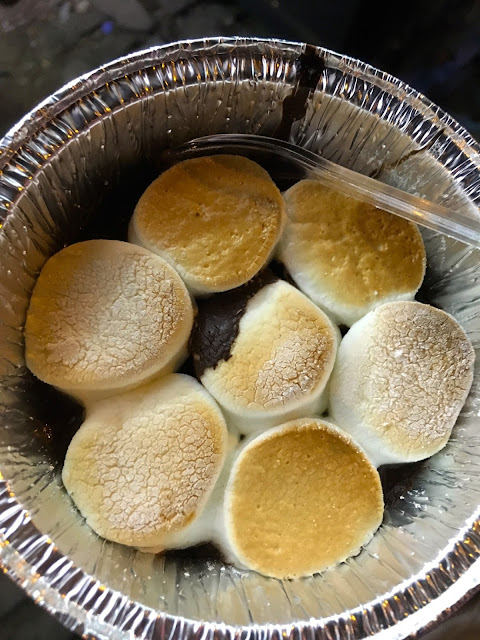 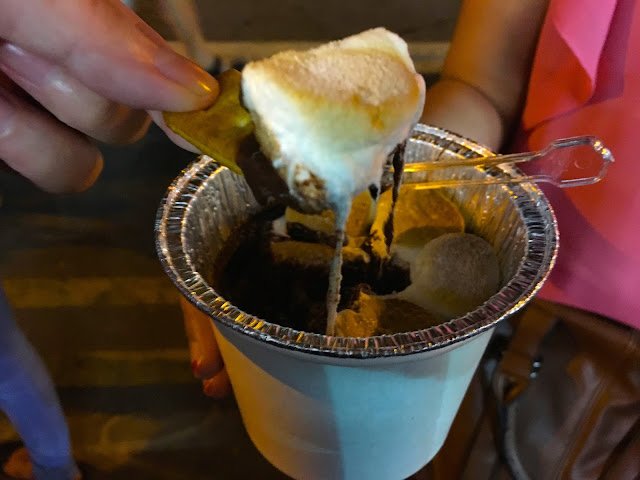 The traditional campfire treat of toasted marshmallow has been revamped into a new delicacy called S’mores Dip where marshmallows are layered over your choice of Dark Chocolate, White Chocolate and Cookies & Creme, to be eaten as a dip with graham cookies. I was never a fan of marshmallows but I really like this idea. 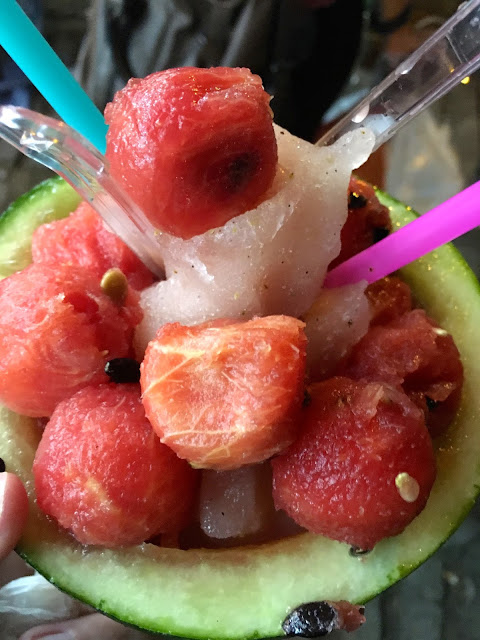 Watermelon Volcano is definitely one of the most popular items at this year’s bazaar. Be prepared to wait because the queue can get really long (I bet with Mariem that there will not be more than 20 people in the queue and I lost hands down). Watermelon is ice-blended with condensed milk and syrup, served in watermelon shell and topped with watermelon balls. I can definitely understand why it is called Watermelon Volcano because this thing is huge! It is a refreshing slash-dessert that is best shared with friends.

Geylang Serai Hari Raya Bazaar is an intoxicating mix of exotic bazaar foods, beautiful Malay costumes, heat and throngs of people. It is the best place to experience the Malay culture where you can get everything from henna body art to artificial flowers.

I have learnt my lesson and I will check out next year’s Geylang Serai Hari Raya Bazaar early because it is impossible to cover the whole place with just four hours! 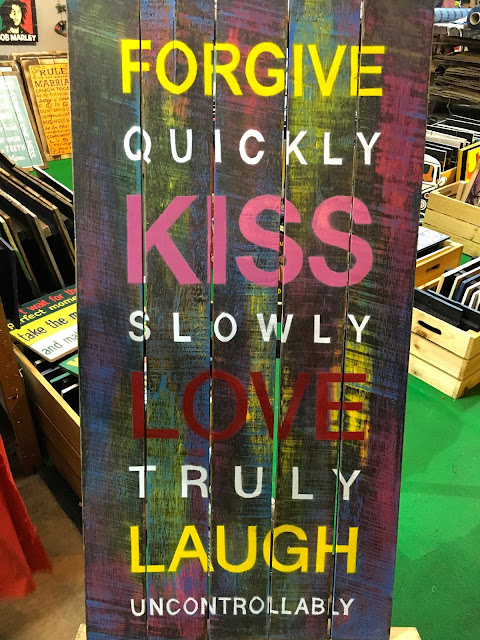 Selamat Hari Raya to all my Muslim friends and readers!