Skip to the content
I was on my way to the National Library when I spotted this unassuming little cafe called Rabbit Owl Depot. The glass is decorated with reviews by many well-known Singapore food bloggers such as danielfooddiary and sethlui, and all of them have unanimously agreed that Rabbit Owl Depot serves one of the best waffles in Singapore, so I am going to find out for myself if that is true. 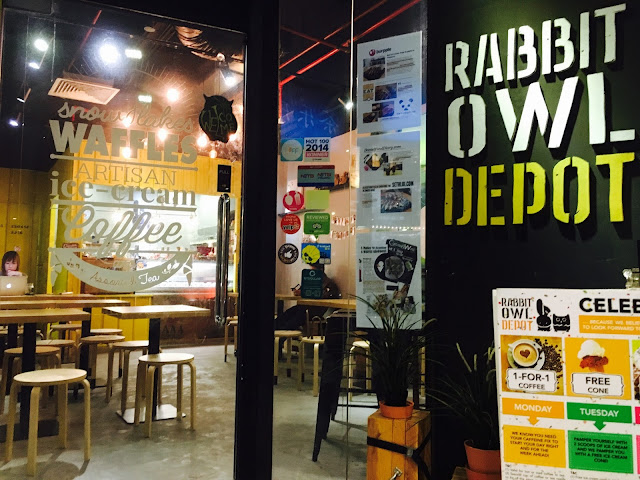 This ice-cream parlour is opened by a couple, Joseph the self-proclaimed night owl and Alena the energizer bunny, hence the name Rabbit Owl Depot. 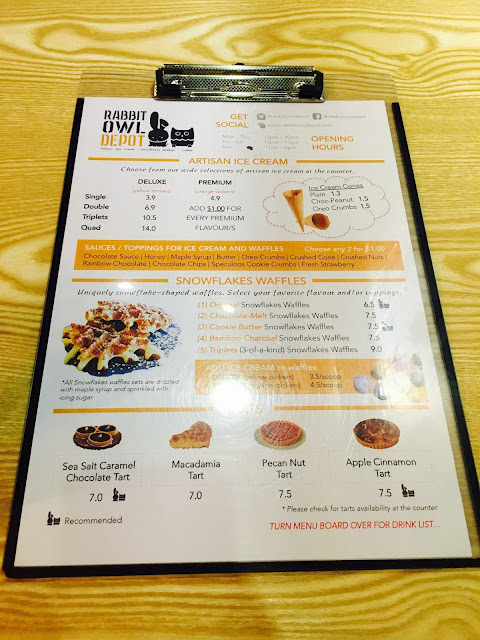 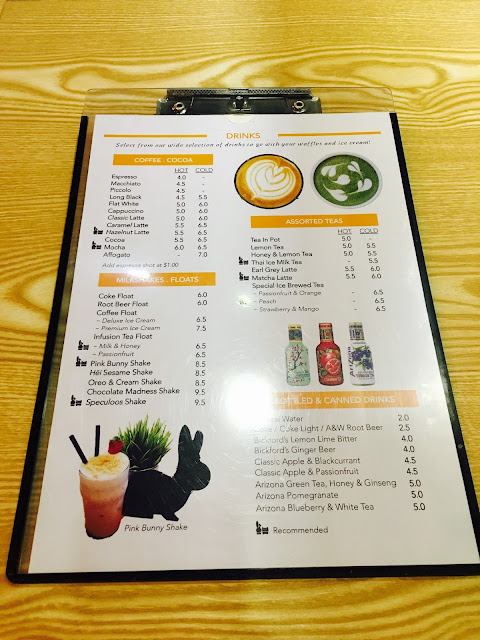 Besides waffles and artisanal ice-cream, this cafe also serves tarts such as Sea Salt Caramel Chocolate Tart and Macadamia Tart, coffee imported from Sumatra and Columbia and roasted by Bettr Barista, teas such as Lemon Tea and bottled and canned drinks such as Bickford’s Ginger Beer and Arizona Pomegranate. 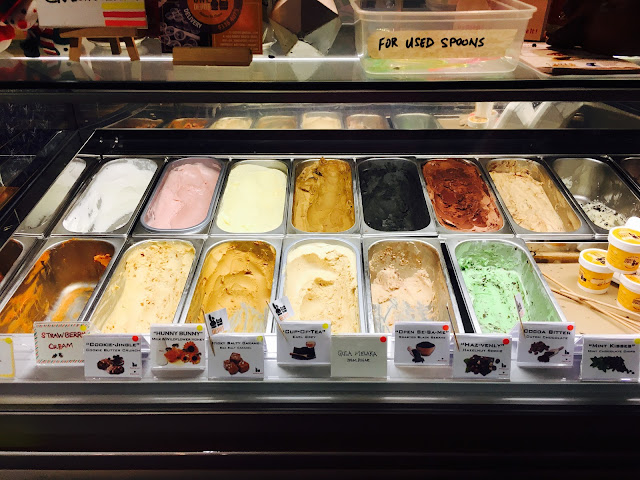 Rabbit Owl Rabbit’s artisanal ice-cream is made with the freshest ingredients. The flavours include the classic Vanilla and Strawberry Cream to the more special flavours such as ‘Cup-Of-Tea’ (Earl Grey) and Cocoa Bitter (Dutch Chocolate). 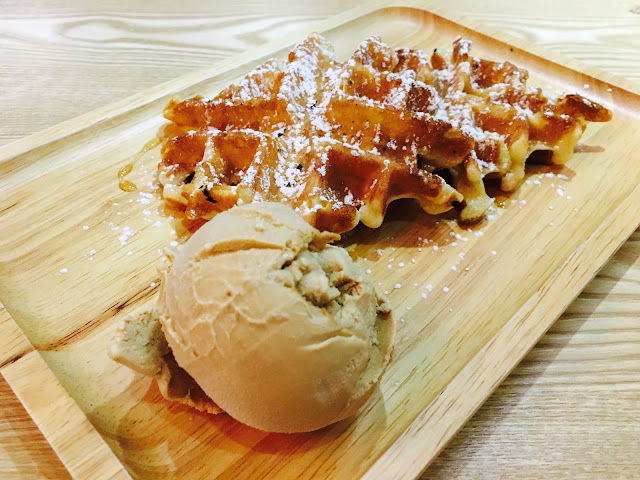 Rabbit Owl Depot’s waffles come in the shape of snowflakes aptly named Snowflakes Waffles, available in the following flavours: Original, Chocolate-Melt, Cookie Butter, Bamboo Charcoal and Triplets (3-of-a-kind). This is Original Snowflakes Waffles with a scoop of Sticky Salty Caramel (Sea Salt Caramel), drizzled maple syrup and dusted with icing sugar. I like that the ice-cream are not overly-sweetly and the velvety-smooth texture leaves a lasting impression. The buttermilk waffles are soft on the inside and crispy on the outside, but I personally feel that they are a little too light and I would have preferred the waffles to be a little denser. 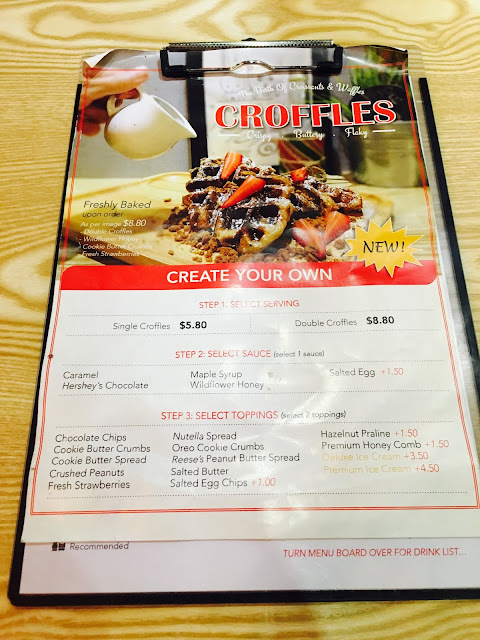 Rabbit Owl Depot has come up with a fusion of waffles and croissants called Croffles which you can customise to your liking. 1. Select single ($5.80) or double (8.80) serving of croffles. 2. Select sauce (1 sauce) 3. Select toppings (2 toppings).
Located opposite the National Library, Rabbit Owl Depot is the perfect place for a coffee or ice-cream break from all the books and studying. I can’t really say that the waffles are the best in Singapore but they go really well with the artisan ice-creams.
Rabbit Owl Depot
Address: 420 North Bridge Road
Telephone: 63364075
Opening Hours: Monday – Friday 9am – 11pm;  Saturday 12pm – 11pm; Sunday 1pm – 6pm