Skip to the content
I was shopping around in Westgate one day and I got hungry, so I went down to the basement where all the food are. 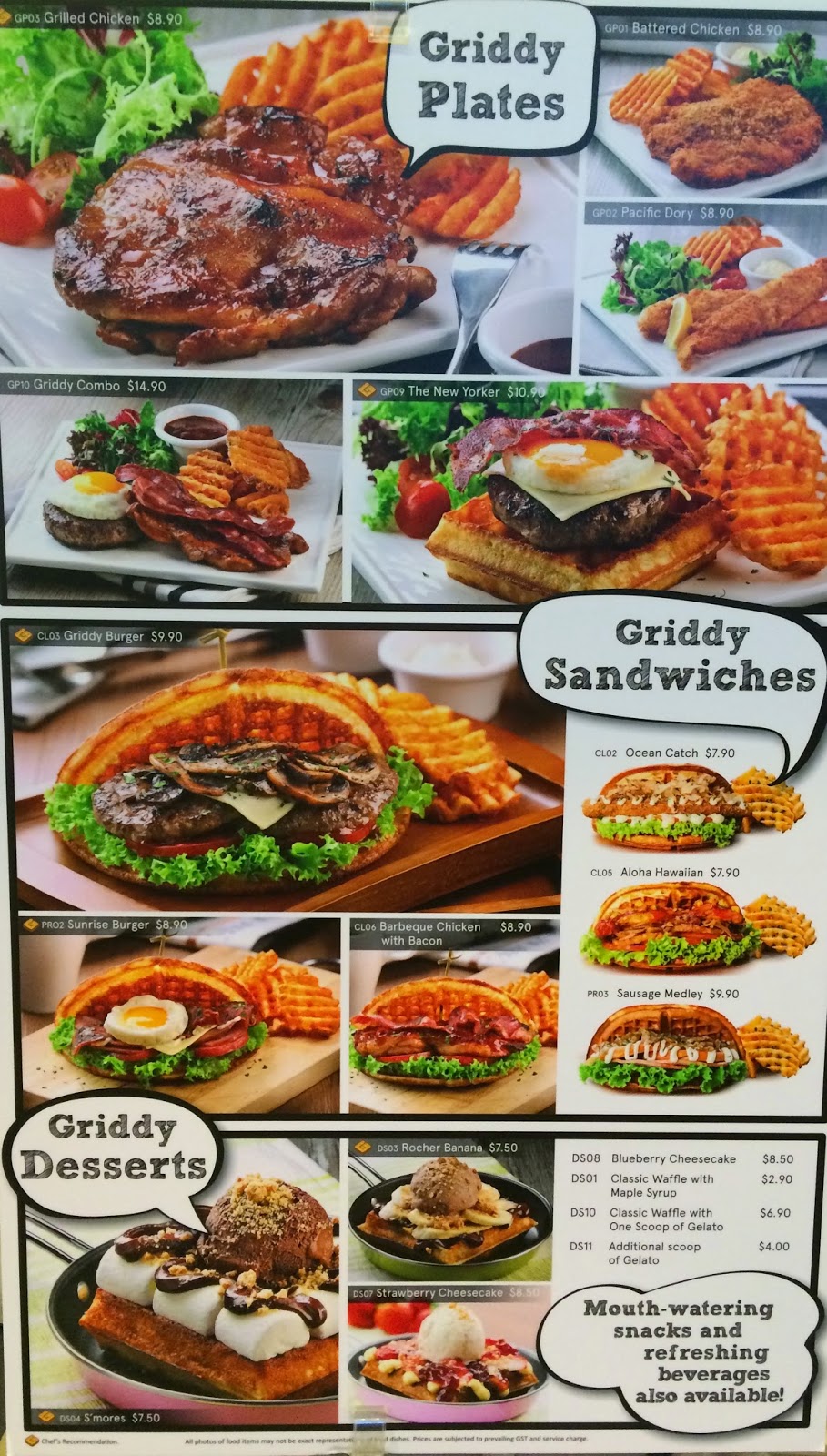 This caught my attention. Everything is made with waffles, that sounds exactly like my kind of food. 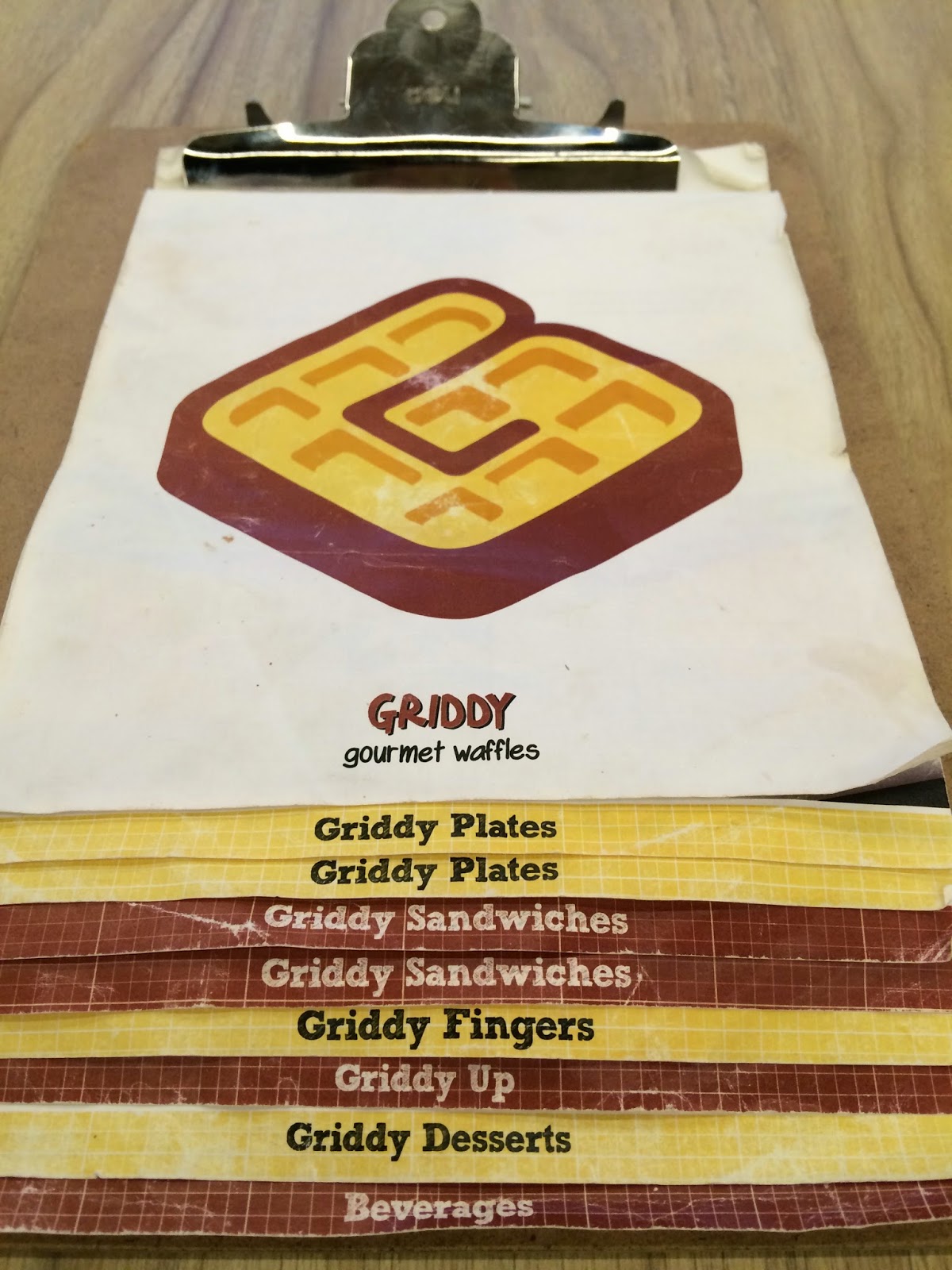 The menus looks cute too. 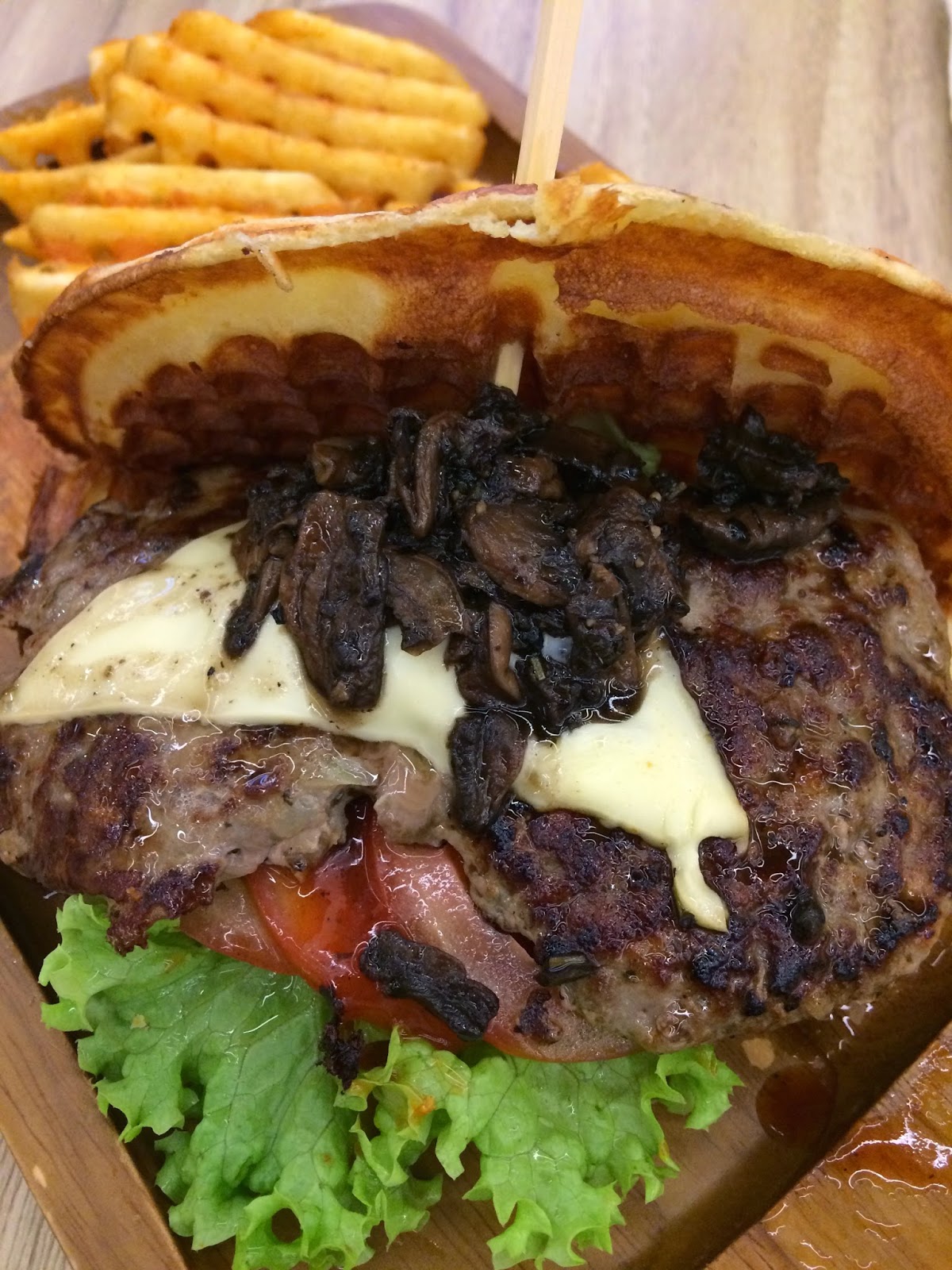 Griddy Burger is beef patty, sauteed mushroom, cheddar cheese, tomato lettuce and barbeque sauce wrapped in waffles. It tastes good but eating it can be a messy affair. 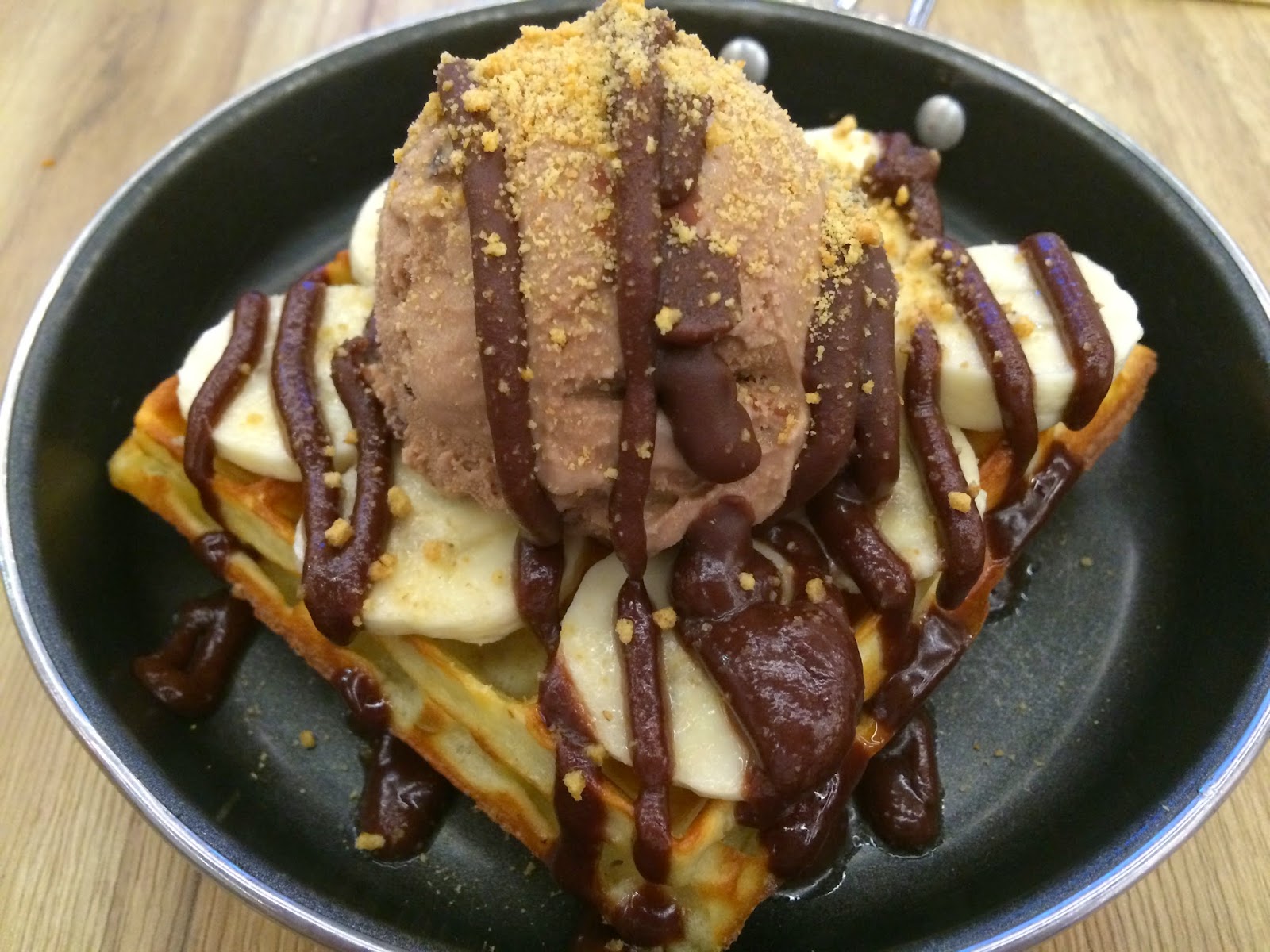 Rocher Banana is waffles topped with sliced bananas, melted hazelnut chocolate spread and graham cracker crumbs. It is alright, but this dessert would have tasted so much better if they could work on their waffles, buttermilk waffles perhaps? It would be great if they can offer a few choices of favours for the ice-cream, instead of assuming every customer loves chocolate ice-cream.
The food at Griddy Gourmet Waffles can only be considered average at best, but then you are really for the innovation and creativity of having waffles as main course. That being said they should work on perfecting their waffles. Perhaps they can start by making the dessert waffles richer because I believe most people still associate waffles with dessert, so Griddy Gourmet Waffles would be able to creating a lasting impression if they can serve waffle desserts that are exceptionally good.
Griddy Gourmet Waffles
Address: 3 Gateway Drive, Westgate #B2-K12
Telephone: 64659465
Opening Hours: Sunday – Thursday 11am – 10pm; Friday – Saturday 11am – 10.30pm